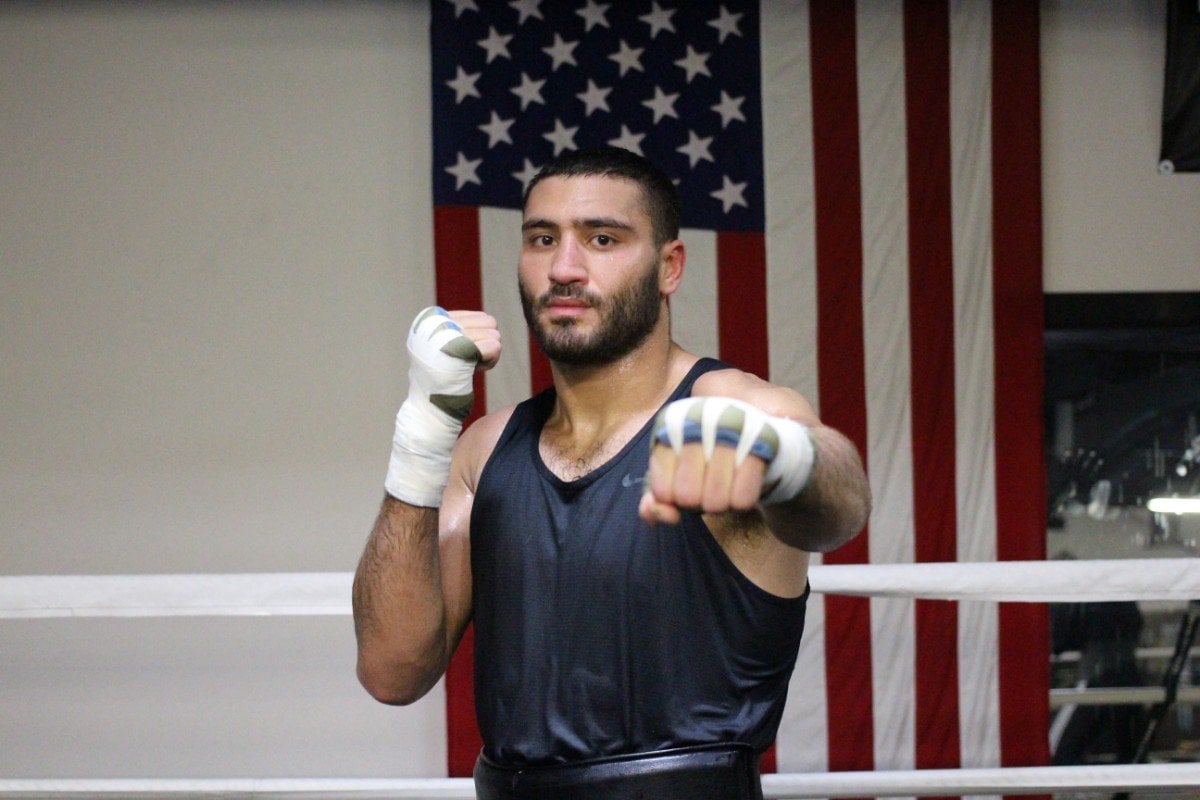 Having recently moved from Miami to Las Vegas, hard-hitting light heavyweight Ahmed Elbiali shared his thoughts on training camp as he prepares to face Oklahoma’s Allan Green Sunday, January 13 from the Microsoft Theatre at L.A. Live in Los Angeles. The fight will be featured on the Premier Boxing Champions Prelims live on FS1 and FOX Deportes telecast that begins at 6:30 p.m. ET/3:30 p.m. PT, if time allows.

Tickets for the live event, which is promoted by TGB Promotions and Zanfer Promotions, start at $50, are on sale now and can be purchased at AXS.com.

Here is what Elbiali had to say from training camp at Mayweather Boxing Club in Las Vegas:

“Chris is a great coach and he’s teaching me a lot. I’m learning how to parry punches and my defense is improving. On offense, I’m using my jab more to set up combinations. With Chris in my corner, I feel I have someone who can help me make the proper adjustments in a fight.”

“I know I’m up against a fighter in Allan Green who’s been in the ring and went the distance with some very good fighters. He has a lot of experience, so I must fight wisely to be victorious. I’m going into this fight with a do or die mindset and I’m going to leave everything in the ring.”

On making the move from Miami to Las Vegas:

“It’s been a tremendous blessing since I moved here a few months ago from Miami. The quality of sparring I’m getting is just incredible. I’m getting better every day just from sparring top level guys. In Miami, there just isn’t the quality of guys to spar on a regular basis. The move has been great.”

On making his return to the ring:

“I only fought once last year so I’m hoping to get back on track fighting regularly in 2019. I think with a few more fights I’ll be ready to challenge anyone in my division. I just need to stay active.”