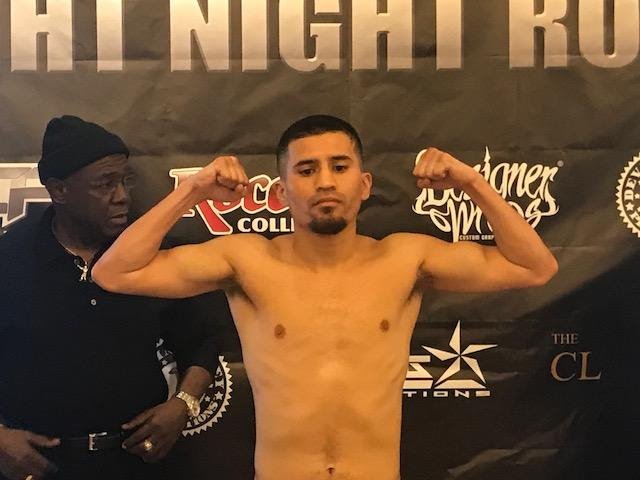 Super Bantamweight prospect Adam Lopez has reunited with his former trainer for his eight-round matchup with undefeated Arnold Khegai this Friday on ShoBox: The New Generation in the opening bout of a four-fight SHOWTIME telecast (10 p.m. ET/PT) from 2300 Arena in Philadelphia.

Lopez (16-2-2, 8 KOs) is back under the tutelage of former world champion Carlos “Famoso” Hernandez, returning to his hometown of San Antonio after completing his previous two camps in New Jersey.

“This fight is do or die,” Lopez said. “In the situation I am in now, this could make or break my career. Everything is really good and I’m happy to be back with Carlos Hernandez. Once I got back with him, a lot of what we worked on before is coming back. The sport is repetitive, and I have been sparring with aggressive guys.”

In Khegai (11-0-1, 8 KOs), Lopez is facing a tough and hard-nosed fighter from Ukraine. Lopez has done extensive scouting on his adversary, who will be making his American debut.

“I have seen just about all of his fights, and he is definitely aggressive,” Lopez said. “I know he is a former kickboxer. He is a rugged guy, but I am a veteran, who has faced many styles, so I am ready for whatever he will bring on Friday.”

Lopez has become a favorite on ShoBox and Friday is his record seventh appearance on the prospect developmental series. He is committed and ready to seize this opportunity against an undefeated prospect.

“I need to take advantage of this opportunity,” Lopez said. “I think I have always performed well on ShoBox, and I have gained a lot of fans because I have been on a handful of times. Friday, I want to put on a great show, and then get in the mix with all of the top 122-pound fighters. I am recently married, and on Friday night, it will prove to be my time.”

“Adam knows that this is a big opportunity,” said GH3 Promotions CEO, Vito Mielnicki. “Adam has shown his willingness to take on all comers, and Friday will be no different. For him to be making his seventh ShoBox appearance, shows what kind of fighter he is.”

Lopez is promoted by GH3 Promotions.