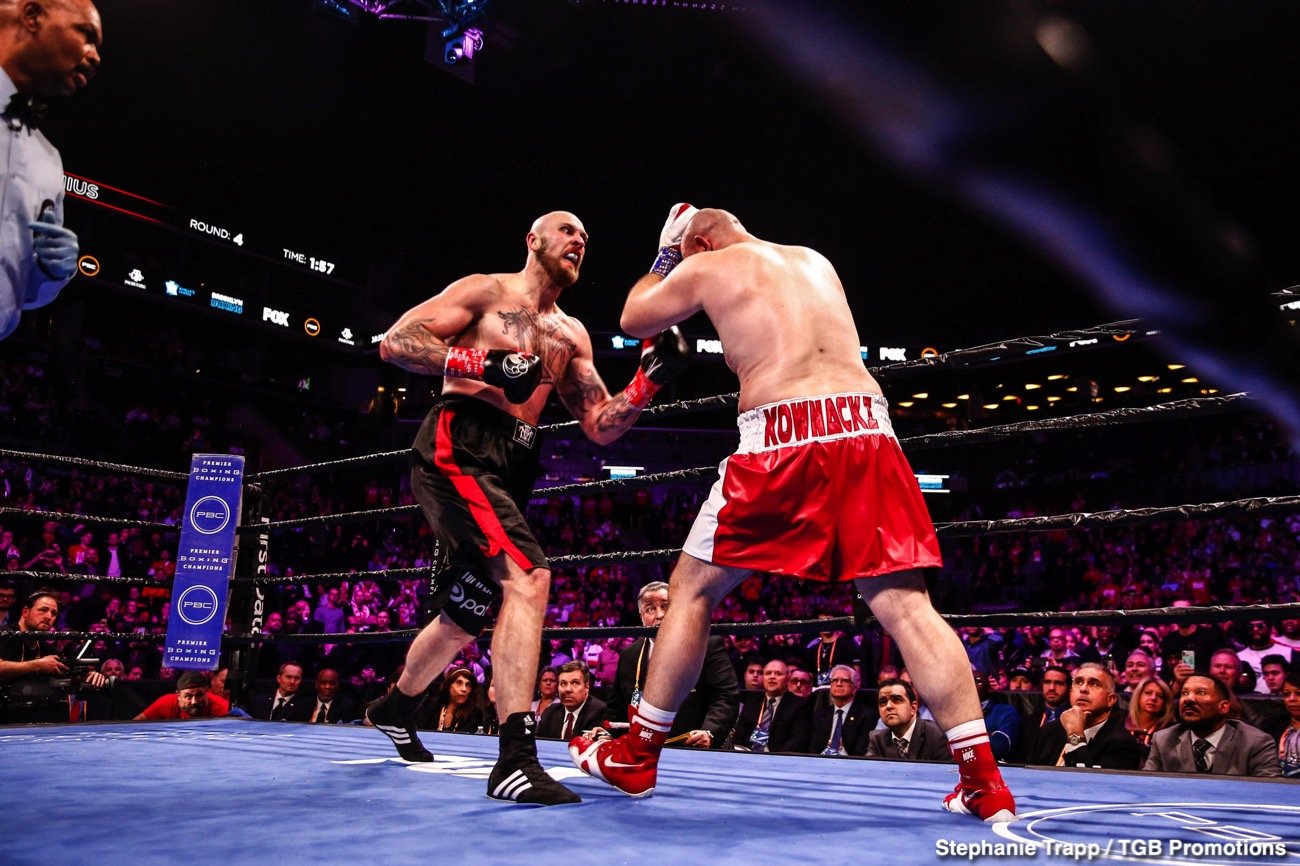 Polish star Adam Kownacki has revenge and redemption on his mind as he prepares for his rematch against Robert Helenius, which takes place on the ESPN+ PPV and FOX Sports PPV undercard (9 p.m. ET/6 p.m. PT) leading up to the highly anticipated Fury vs. Wilder III heavyweight trilogy showdown on Saturday, October 9 from T-Mobile Arena in Las Vegas.

“A win on October 9 puts me back on the map and would show that the last fight was just an accident,” said Kownacki. “I think that I got a little tired and tried to end the night early, so I rushed in and got caught. But being Brooklyn-born, when someone puts you on your ass, you want to show the kind of character you have, come back and beat them. I come from a hardworking community of mostly immigrants. So I don’t shy away from hard work or tough tests.”

The test in front of Kownacki is a second showdown against Finland’s Helenius, after Kownacki suffered his first career loss in March 2020 against Helenius. For this fight, Kownacki has made adjustments in training camp to help put him over the top when he faces Helenius again.

“Training has been going great,” said Kownacki. “I’ve been eating healthier and feeling a lot better. We’ve been working out of Bellmore Kickboxing Academy in New York and I’ve been sparring with Otto Walin and Brandon Lynch. We cut down sparring to two days a week, but we’re doing eight and 10-round sessions, so it’s been great work.

“With the rematch being postponed a few times, we’ve basically had three or four mini camps going all the way back to January. At this point, I just can’t wait to get back in the ring with Helenius.”

Kownacki’s rise up the heavyweight division coincided with him becoming a popular draw amongst the passionate Polish sports fans in his adopted hometown of Brooklyn. On October 9, Kownacki fights in Las Vegas for the first time in his career, and competes outside of Brooklyn for the first time in years. This change in venue is something that Kownacki is not only ready for, but could work to his advantage.

“I’m going to be ready for the bright lights for sure,” said Kownacki. “There actually might be less distractions for me in Las Vegas, compared to being in Brooklyn. I’m not looking to make any excuses, but my son was born just months before my last fight and there were lots of sleepless nights leading up to it. For this fight, my son will be staying back home with my wife. I’ll miss them, but I should be able to totally focus during fight week.”

Known for his aggressive and action-packed style, Kownacki does not plan to abandon that strategy that made him a fan-favorite, but he plans to be more prepared for what Helenius brings to the ring and fully-focused on showing the best version of his skills on October 9.

“Helenius is a good counter puncher and that’s what I got caught with,” said Kownacki. “I got reckless. Every fighter in this division can pack a punch. Everyone who’s seen me fight, knows that I come forward and try to destroy people. As always, this fight is going to be action packed. On October 9, I’m going to show everyone that my last fight was an accident and that I’m back to being my old self.”