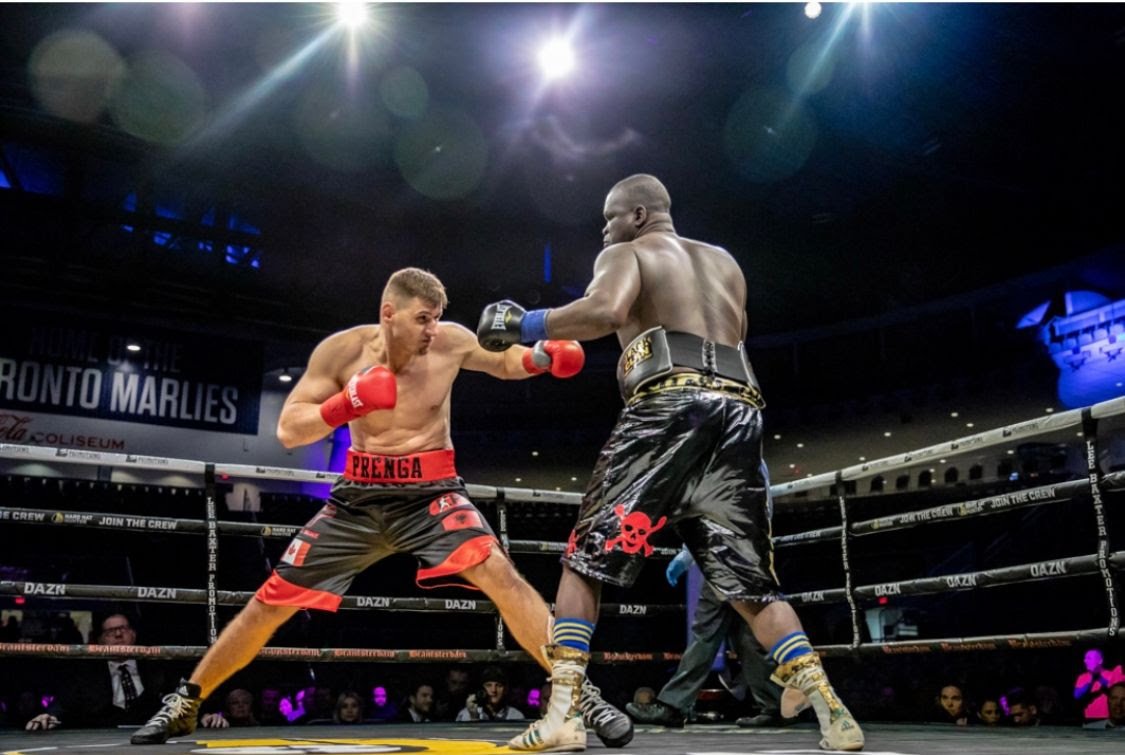 Big time boxing will finally hit one of Canada’s big time markets on May 11, as Lee Baxter Promotions presents a night of world class professional boxing at the Vogue Theater in downtown Vancouver.

There hasn’t been a professional boxing event in Vancouver since 2012, and in total, there have been only four since the year 2000.

In the main event, B.C.’s own heavyweight threat Adam Braidwood will be in action as he continues his journey towards the Canadian heavyweight title. Braidwood is one of the division’s most dangerous punchers, and his only two losses have come at the hands of UFC veteran Lee Mein (one he avenged) and to Canadian Olympian Simon Kean.

The former CFL standout-turned heavyweight slugger was born in Delta, BC, and now resides in Victoria, BC, and is sure to have plenty of fans eager to see him fight in his home province for just the second time.

“We’re extremely proud to be the ones to bring boxing back to Vancouver. It’s been a mystery why this market hasn’t been served at all, but those days are over,” said Lee Baxter. “With Adam Braidwood in the main event, you know it’s going to be a night you’ll remember, because he doesn’t know how to fight any other way.”

In the co-feature, fellow heavyweight standout Kristian Prenga will face an opponent to be named later. Prenga is riding a five-fight knockout streak, and all of his professional wins have come by KO. Aside from the action in the ring, he is known for his rabid fanbase and following from the Albanian-Canadian community, who have made for some of the more incredible live boxing atmospheres in recent memory on Canadian turf.

“Both Braidwood and Prenga have huge fanbases and the same mindset inside the ring. If they get past their respective tests, who knows, it’s a possibility that we see them in the ring against one another at some point this year,” said Baxter. “Who wouldn’t want to see two punchers of that calibre face off?”

The night will also feature undefeated super bantamweight Ross Mylet, who will be boxing for the first time outside of Ontario. In terms of fighting outside of his home province however, Mylet is no stranger. The 28-year old is a former North American kickboxing champion, representing Canada for many years. Mylet remains closely connecting with the kickboxing and combat sports community across the country, and is eager to show his skills in British Columbia once again.

In addition, Canadian national amateur champion Amanda Galle will be making her second professional appearance after thrilling a Toronto crowd in her debut with a dominant win over Perla Rojas.

Tickets are available now, and start at just $48.50. Doors will open at 7 PM, with the first bell sounding at 8 PM.