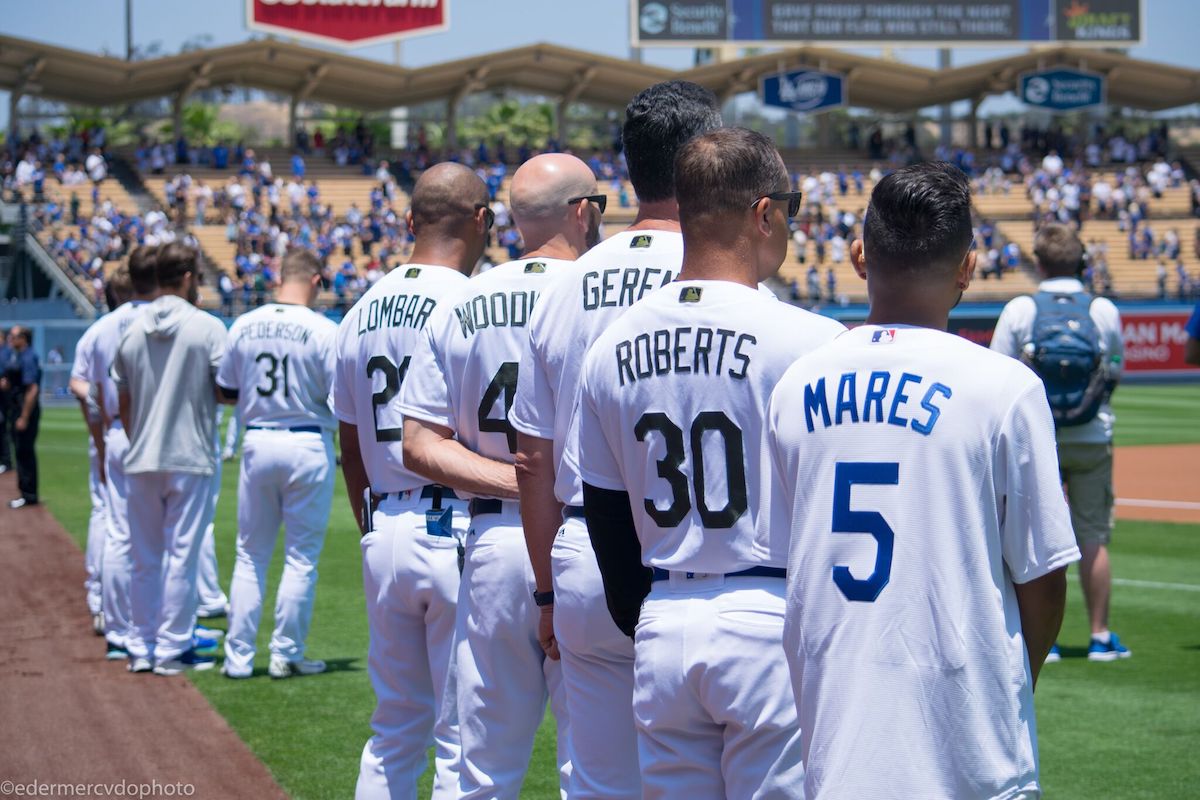 Mares is preparing for a world championship rematch against featherweight titleholder Leo Santa Cruz Saturday, June 9 live on SHOWTIME from STAPLES Center in Los Angeles in an event presented by Premier Boxing Champions.

On Thursday, Mares was joined by EMMY Award-winning sports reporter Jim Gray, Ringstar Sports Chairman and CEO Richard Schaefer and Mares’ strength and conditioning coach Luis Garcia, as the group spoke to 150 children ages seven to 19 on their careers and how champions are built in Los Angeles.

“Boxing is a disciplined and dedicated sport,” said Mares. “The Sheriffs know that with hard work, dedication and discipline, you can make it in life.

“You think in boxing a perfect record is everything? It isn’t. When you lose you know what makes you a better champion? Getting up, and becoming a champion again. Getting up every time and not quitting. That’s what makes a true champion.”

On Sunday, Mares was at Dodgers Stadium to throw out the ceremonial first pitch as part of Viva Los Dodgers, the monthly series at the stadium that celebrates Latino culture. With fight week right around the corner, Mares was able to enjoy the event with his focus still squarely on his showdown with rival Santa Cruz.

“It’s always great to be able to participate in events like these that directly reach people in my community,” said Mares. “I’m thankful to the Dodgers for the opportunity and I had a great time on Sunday. I hope everyone who was there comes out to STAPLES Center on June 9 because I’m locked in and ready to put on a great show for the fans in Los Angeles.”

Mare’s fights for his fifth world title on Saturday, June 9 when he meets Leo Santa Cruz center ring at Staples Center. The fight is a rematch to their 2016 match to be televised live on SHOWTIME.

“Boxing is a disciplined and dedicated sport – and that’s why you like boxing. The Sheriff’s know this that with hard work dedication and discipline you can make it in life,” said Mares. “They think in boxing a perfect record is everything. It isn’t. When you lose you know what makes you a better champion? Getting up, and becoming a champion again. Getting up, getting up and not quitting…that’s what makes a true champion.“

The Sheriff’s Century Station is run by The Sheriff’s Youth Foundation to create a second home for youth and families in underserved communities to feel safe, to blossom and to be inspired. Under the leadership of Sheriff Deputies at 16 Youth Academies throughout the county, LASD provides mentorship and a wide variety of after school programs for youth ages seven to 17.