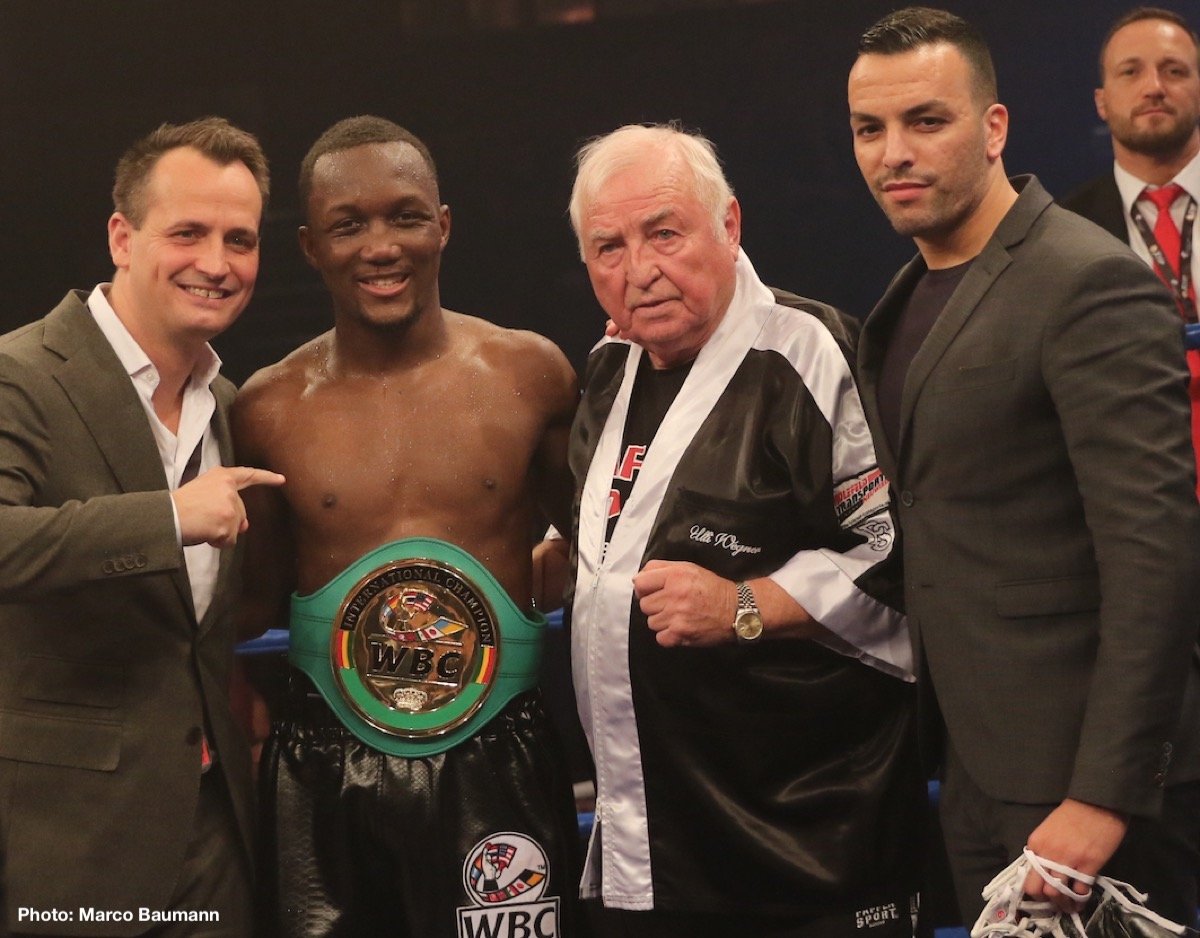 Baraou has made a sensational start to his professional career since joining the paid ranks in April 2018. The 24 year-old took home the German title in his second professional bout, outclassing Denis Krieger, before successfully defending the belt with the second-round stoppage of Robert Maess.

Molina provided an early acid test for the German talent, whose work rate and punch selection earned him a hard-fought victory over the former World Champion. Judges Esa Lehtosaari and Juan Carlos Pelayo scored the fight 115-112 in favour of Baraou, while Juergen Langos had him ahead 118-109.

“I was expecting a very good fight, a tough fight, and that is what I got,” said Baraou. “I went through hell training for this fight, but it was worth it. To win this title so early in my career is a great honour for me. I can’t believe it!”

“That was a remarkable performance from Abass,” said promoter Nisse Sauerland, having witnessed the 2017 European Championship Gold and World Championship Bronze Medallist capture the WBC International belt. “He really showed his class in there. To defeat Molna, a former World Champion, like that in just his fifth professional fight is really something special.”

On the undercard, Leon Bunn extended his unbeaten run with a one-sided points win over Viktor Polyakov. “I don’t want to make any big predictions, but I hope I’ll be fighting for big titles soon,” said the light heavyweight, now 13-0.

Anthony Yigit got back to winning ways, outpointing Mohamed Khalladi, following his unsuccessful IBF World title attempt in the World Boxing Super Series. “It’s good to be back,” he said. “We got the win after a pretty dirty fight. He was a awkward fighter who he hit me more with his head than his fists.”

17 year-old amateur star Sophie Alisch started her professional career in style, stopping Sopo Kintsurashvili in the opening round at the CGM Arena. “It was awesome,” she said. “The feeling of being up there in the ring was unbelievable. I would like to thank everybody who came to support me.”

Also on the card was the rematch between Jama Saidi and Arman Torosyan for the IBF European Super Welterweight title. Saidi produced a superb performance, dropping Torosyan with a heavy shot in the second round on his way to claiming a comfortable points victory.

Abass Baraou (4-0, 2 KOs) will look to continue his rise up the super welterweight ranks as he faces former World Champion Carlos Molina (29-10-2, 8 KOs) for the WBC International title tomorrow night in in Koblenz.