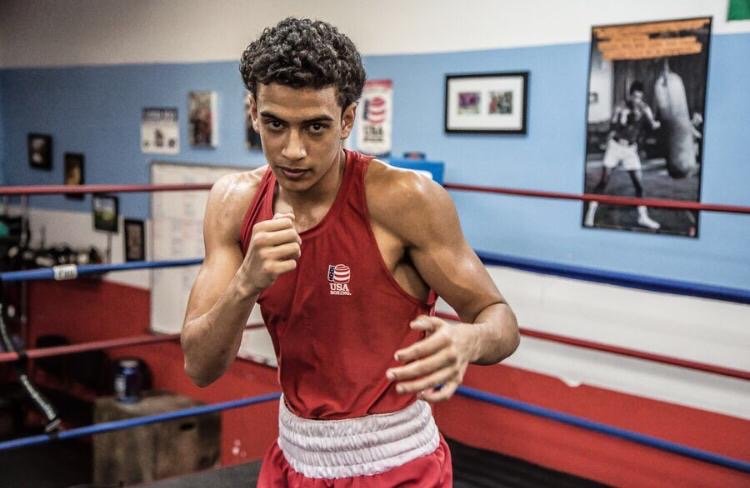 One of the most talked about amateurs in the United States with a record of 98-18, the 18-year-old Aponte joins a team that includes 17-year-old Xander Zayas and 16-year-old Trinidad Vargas as outstanding amateurs who headed towards the professional ranks at a young age.

Said the heavy-handed Aponte, “I’ve been waiting for this moment for a long time. Turning pro is the first step in becoming a boxing champion. I’m excited to say we’ve been putting together a great team who are ready to take my talents to the top. I know my power will translate into the pros and make me a must-see fighter. With power, skill and my boxing IQ, I believe there is no limit to my capabilities.”

“Aaron had a very successful amateur career and decided it was time to enter the professional ranks,” said Peter Kahn, a finalist for the 2019 Manager of the Year Award by the Boxing Writers Association of America. “At 18 years old, aside from his skillset and high boxing ring IQ, Aaron has something you can’t teach in boxing and that’s natural knockout power. In addition, he is very mature, coachable and has a strong work ethic. That combined with a great working relationship with his trainer and strong family support, I have no doubt Aaron will have a successful professional career.”

Aponte is trained by his father Reniel Aponte. “Aaron has always been a very disciplined young man. He started boxing at the age of nine while also competing on a travel baseball team,” said the elder Aponte. “For two years he excelled at both sports but realized that his boxing skills were a true gift. Aaron has the will and determination to become a world champion with no limits to his growth.”

“Aaron brought me back to boxing and changed my life. Despite having the privilege of working with four world champions, Aaron’s out of this world work ethic undoubtedly ignited that fire in me even more,” said co-trainer Michael Robles.

“Since we started, we as a team; Aaron, his father Reniel and mother Melisa and I have focused and worked hard to make his dreams come true. His quick progression and evolvement in the sport of boxing over the years will aid in his bright future as a professional boxer.”

Aaron’s father Reniel is of Puerto Rican heritage while his mother Melisa is Argentinian.

A wealth of other top trainers chimed in on Aponte’s future as a professional.

Said Teofimo Lopez Sr., trainer and father of IBF Lightweight World Champion Teofimo Lopez Jr., “I just heard that Aaron Aponte is getting signed to a professional contract today and wanted to congratulate him for a great amateur career. I’ve known Aaron since he was a little kid and I’m sure he will have great success as a professional. I can’t wait to see his first pro fight, it will be explosive.”

Continued award-winning international trainer Pedro Diaz, “I have seen Aarón Aponte fight many times as an amateur. Recently I saw him fight in Medellín, Colombia in a Future WBA Champion’s International Camp, where boxers from different countries of the world were preparing for the Olympic Qualifying for Tokyo 2020.”

“He has a very good future in boxing, he has good technique and his competitive skills and intelligence in the ring are excellent. Also, he is a tall boxer for his division making him an excellent professional prospect.”

Said Robert Garcia, trainer of world champions, Mikey Garcia and Jose Ramirez, “I thought Aponte was one of the best fighters in the amateurs. He has very good boxing skills, and another thing that I liked is that he has charisma and will be loved by boxing fans.”

“He turns his punches over very well and his feet are always in the right position which produces the great power he has.”

Stated Stephen ‘Breadman’ Edwards, “I actually spent a day of training with Aaron recently. He’s a training mate of my nephew Alex and I was in South Florida for a few days so I worked with them. I gave them both some basic drills and Aaron was a fast learner. New workouts are always fatiguing and Aaron completed them with no complaints.”

“Aaron has very good size for his weight and is very athletic. He has sound fundamentals and most of all has high character and that goes further than talent in my opinion.”