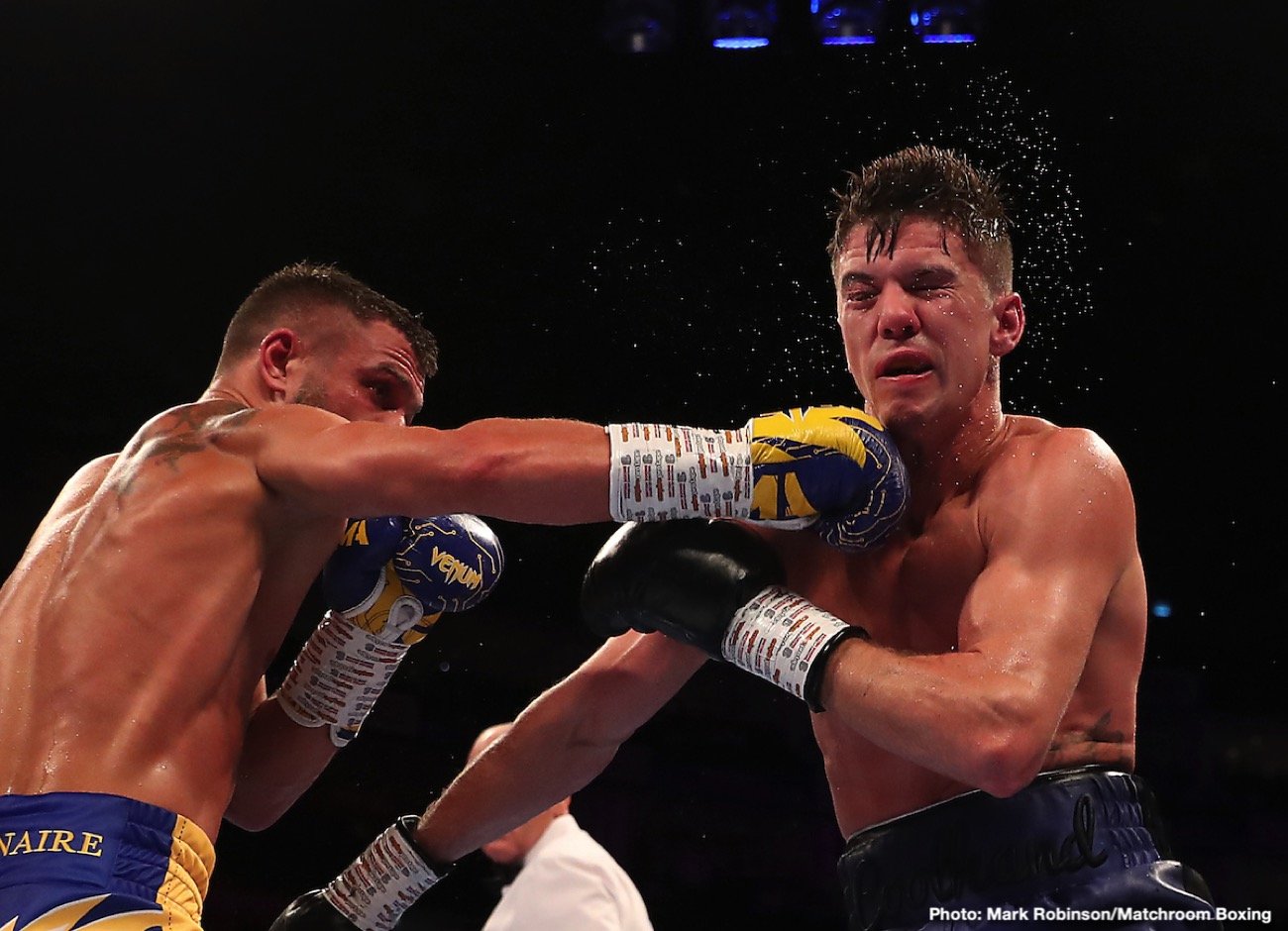 In a festive atmosphere, the WBO 32nd Annual Convention celebrated their Awards in a very crowded Gala Dinner at the Tokyo Dome Hotel.

WBO 2019 Fight of Year
Anthony Joshua vs. Andy Ruiz I

Next year’s WBO Convention will take place in the city of San Juan, Puerto Rico.

With that in mind, promoter Lee Eaton has reflected on the past few days at the WBO convention in Tokyo, and is excited for the future.

He said: “It’s great to get an honourable mention at the WBO convention during the WBO European report by Itzvan Kovac for having eight fighters as champions at this current time.

“During the convention I had lots of meetings with different people around the world wanting to work with MTK Global, so it’s mad to think how big the company has grown in such a small amount of time.

“I believe it’s only just getting started so I’m really looking forward to the next 12 to 18 months for MTK Global.”

WBO Vice President Itzvan Kovac added: “First of all I have to say thank you to MTK Global. It was our first year together and was very successful.

“We had amazing fights like Steven Ward and Liam Conroy which was the WBO Europe fight of the year, and they already have eight champions with us, so I wish us a very successful 2020 together.”

The second day of the 32nd annual WBO convention at the luxurious Tokyo Dome Hotel featured safety issues by the executive committee and the officials seminar with judge Duane Ford and referee Jack Reiss.

The executive committee started by announcing Brian Dunn, who is the Nebraska Athletic Commissioner Brian Dunn as their guest.

“Can we come up with a fair rule that discourages that? What’s the best fairest way for the good of the sport to discourage the excessive rehydration?”

“I think the second day weigh-in impedes the fighter ability to rehydrate. We know weight cutting is a problem. We don’t know how to fix it. We are exploring how to correct it. The key is finding the ideal amount of weight that a fighter can cut safely.” Brian Dunn said.

In other topic, WBO President Francisco ‘Paco’ Valcárcel Mulero, stated that the next WBO convention should be in Puerto Rico after the island was severely hit by Hurricane Maria in the month of November 2017.

Another subject was the creation of a uniformed style for each regional belt.

“Paco came up with the idea of streamlining the titles, and I think the last design we had is very elegant and beautiful. The globe and the eagle are, aside from the color, the most recognized on the WBO belt.” WBO member José Sánchez Fournier said.

A busy Day 1 at the 32nd WBO Convention in Tokyo, Japan

Tokyo, Japan – The 32nd annual WBO convention officially began yesterday at the luxurious Tokyo Dome Hotel with a first day packed with meetings and other activities.

On safety issues, the priority of this convention:

“The doctors in the ring have to be prepared for the possibility of a fighter being seriously injured, including the possibility of brain damage. Sometimes the supervisors don’t know about medical procedures and doctor specialized care for these situations”, WBO President Francisco Valcárcel, Esq, said. “Supervisors should work to enforce our rules. Sometimes the doctor is a general practitioner. Sometimes they don’t know or ask about the distance from the fight venue to the hospital or if the hospital have neurologist or neurosurgeon available that night. Not everybody can be a supervisor, or a doctor in a boxing match.”

“If you’re dealing with boxing, the best doctor to work a fight should be a neurologist or neurosurgeon,” Valcárcel added.

WBO Legal Advisor Andre Horn stated: “It’s clear we are not here to run the show in a boxing event but to enforce the WBO rules. We want to protect not only the WBO fighters but all fighters. We are all brothers.”

“We have been working on that fight. Inoue got a contract to fight in America with Top Rank. Manny Pacquiao is Casimero’s promoter. He’s very close to WBO too. Before the fight between Tete and Casimero, I talked to Casimero’s team, Frank Warren, Team Tete, Bob Arum and Manny Pacquiao to make the unification fight with Inoue possible early next year. Inoue is in elite position and needs elite fights. And I can assure you that if something happened during this convention, I can give you the date of the fight this week. Carl Moretti, VP of Top Rank, and Sean Gibbons, representing Casimero’s team are here in Tokyo. For sure they will start a conversation for that fight. It will be a tough fight for both. We are talking about two elite fighters.”

The night concluded with a Welcome Cocktail Party for all members and participant at MLB CAFÉ (Tokyo Dome City).