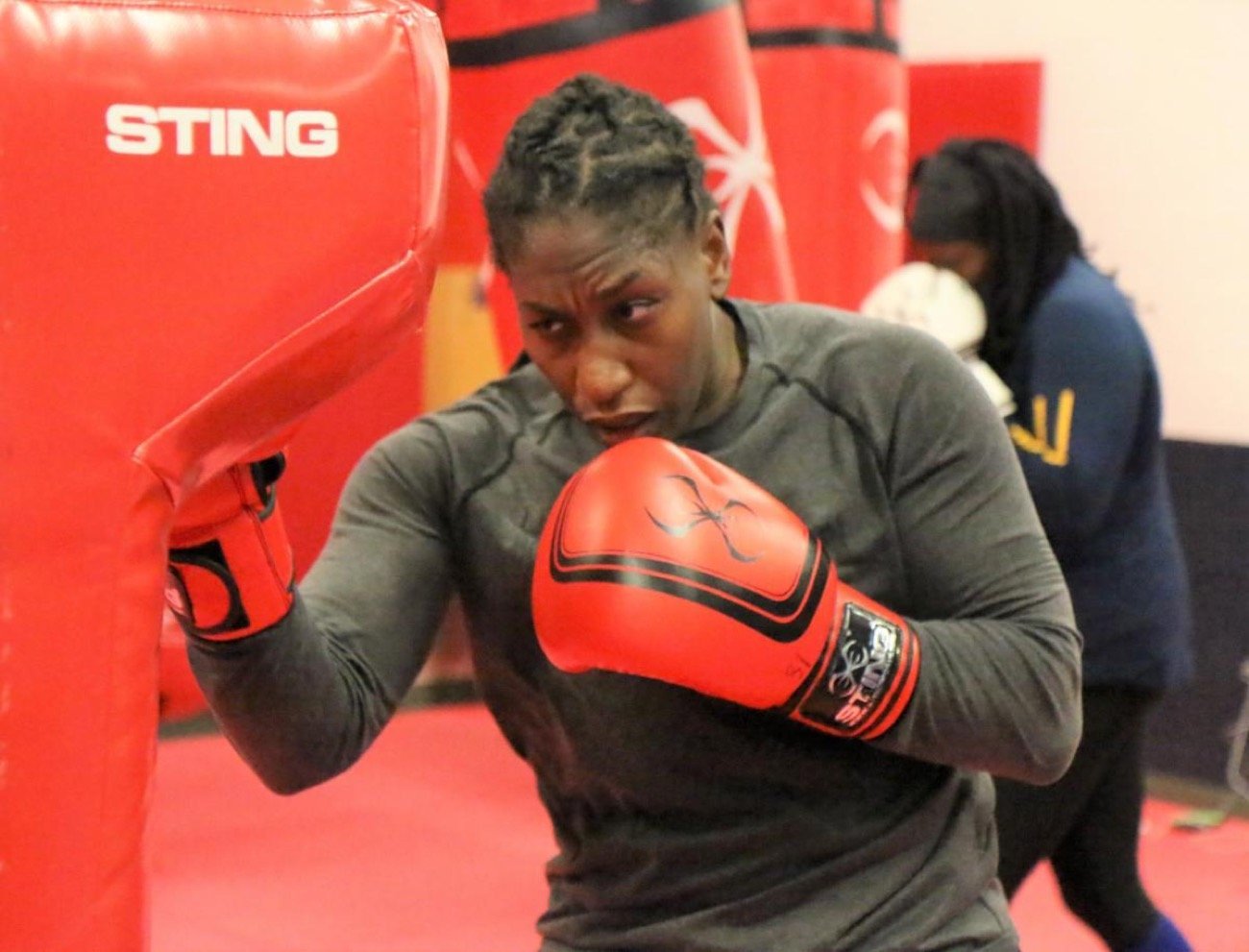 Former pro basketball player Danielle Perkins shifted to boxing five years ago, when her hoops career ended, and ever since she’s been making up for lost time in the ring.

The Brooklyn-born Perkins, who is a personal training manager living in Houston, is a fan-friendly, boxer-puncher who adjusts to her opponent, usually starting rounds conservatively before aggressively applying pressure as the round goes on.

Ranked No. 1 in the United States, Perkins is the type athlete who rises to the occasion, fighting her best against the best, which will likely happen again next month at the World Championships, Oct. 3-13, in Ulan Ude, Russia.

“I’m excited to get back on the world stage,” she said. “I love fighting for Team USA! I had a chance to watch a few fights and the Elite heavyweight division is athletic. The other top contenders, in order, are from China and Turkey.” Perkins won bronze at last year’s Elite World Championships in New Delhi, India.

Perkins plans to take advantage of the way women’s professional boxing has become more popular and respected. “My short-term goal is to win gold at the Worlds and eventually the WBC (World Boxing Council) and WBO (World Boxing Organization) belts. Female pros like Claressa Shields, Mikaela Mayer, Heather “The Heat” Hardy and Amanda “The Real Deal” Serrano are inspirations for my next step in boxing.”

Not many people know that Perkins plays the bass, but what she really enjoys, outside of boxing, is playing “Assassin’s Creed.”

Someday, Danielle Perkins will be a two-sport professional.

There’s a new rising force on the international boxing scene and his name is Atif Oberlton, a light heavyweight from Philadelphia, who is on a mission to make a name for himself in boxing.

Oberlton will be competing at the Elite Men’s World Championships, September 7-21, in Yekaterinburg, Russia.

Lacking confidence is not an issue for the 21-year-old boxer who claims, “It’s very important for me to do well and win at the Worlds, because I know for a fact that, in my heart, I’m the best fighter in the world. Also, I’m new on the international scene, so it’s time for me to give a piece of what they’ve been missing.”

Oberlton started boxing at the age of nine, although he didn’t start competing until he was 14, because he was the only boy in his family, and his father wanted him to learn how to defend himself. Like so many of his teammates, he fell in love with boxing.

In the last five years, Oberlton has captured gold medals at the 2018 and 2016 National Golden Gloves Tournament, 2018 Eastern Elite Qualifier and 2014 National Junior Olympics. He also was a victor in the USA vs. Netherlands Dual.

“My greatest accomplishment so far is making Team USA and being where I’m at, because for years and years I was denied, and here I am today in the top spot where I belong. I’m a top-spot fighter, so I deserve it, and I put down top-notch work, too”

Overlton has taken advantage of training in Colorado Springs at the U.S. Olympic Training Center, where he has shown improvement from day one, honing his skills to become a complete boxer.

“Conditioning plays a big part in my improvement; also seeing different styles, and getting top work has elevated me,” he spoke about training as a Team USA member. “I always break new barriers on the road to greatness and this (The Worlds) is another one I’m looking to smash through.”

In addition to representing his country, Oberlton is a proud Philly fighter continuing the long, rich boxing tradition in the City of Brotherly Love, which has produced the likes of Bernard Hopkins, Mathew Saad Muhammad, Bennie Briscoe, Joey Giardello, Mike Rossman, James Shuler, Eugene Hart and so many more great fighters over the years.

“My city is known for its great boxing history and I wear ‘The City of Philadelphia’ on my back,” Oberlton added. “In a few more years down the line, I see myself leading the next wave of Philly boxers. In fact, I feel like I am the wave, right now, as we speak. Everyone’s watching me. I will do them all proud, from both the old and young generations.

“I haven’t been to Russia and I’m looking forward to going there. It’s always good to see the world. I always like to go back where I’m from and try to convince others to see the world, because it’s much bigger than our neighborhood.”

Oberlton is like a chameleon in the ring, constantly changing and adjusting to his opponent. “I consider my style like water,” he concluded. “It’s wavy because I adjust to win, and I can beat any style. I can outsmart anybody, fighting mind over matter. Boxing is 80-percent mental, 20-percent physical, and I have it all.

Confidence is definitely not a problem for Atif Oberlton.