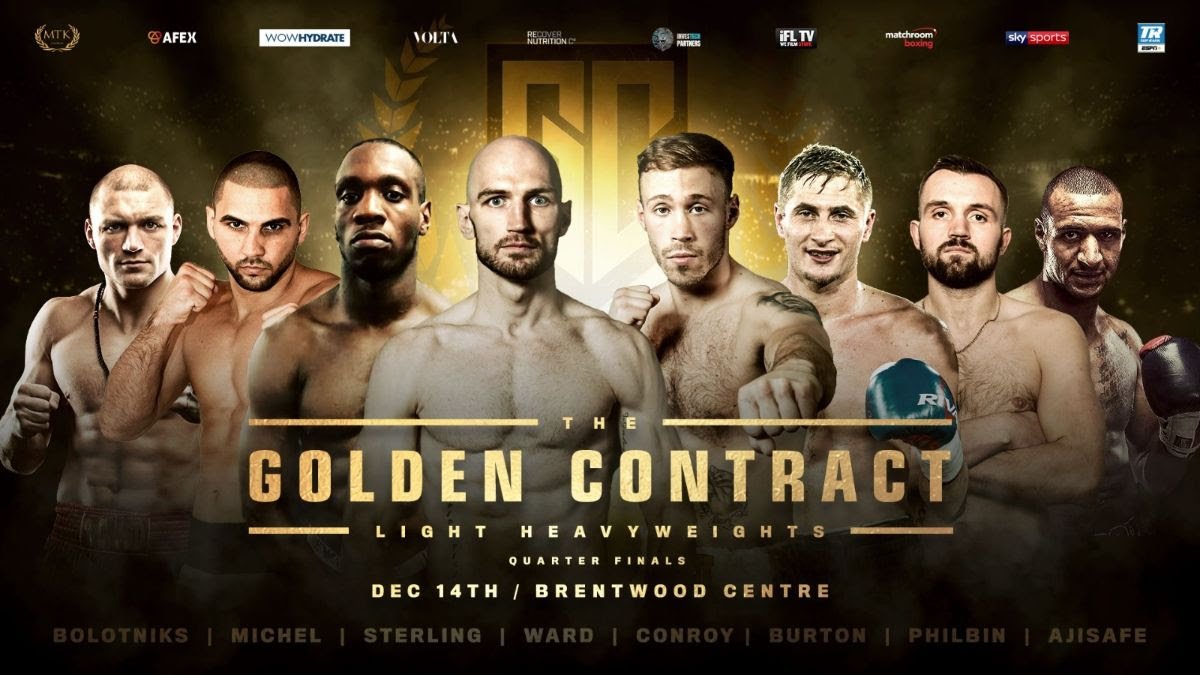 Boxing’s most action-packed single-elimination tournament — The Golden Contract — returns Saturday from the Brentwood Centre in Brentwood, England, with the quarterfinals of the light heavyweight tournament.

The action begins at 3 p.m. ET/12 p.m. PT live on ESPN+, the leading multi-sport streaming service. The semifinal and championship bouts of the three Golden Contract tournaments (featherweight, super lightweight and light heavyweight) will stream on ESPN+ in 2020.

The quarterfinal draw was set Wednesday afternoon and will feature the following bouts: Sterling vs. Conroy, Ward vs. Bolotniks, Philbin vs. Michel and Burton vs. Ajisafe.

Kotochigov, who signed with MTK Global earlier this year, has already fought in seven nations during his career. The world traveler returns home for the third time in the paid ranks for his fourth outing of 2019. A former amateur standout, Kotochigov has fought at lightweight and super lightweight as a pro, most recently defeating Jairo Lopez over 10 rounds to win the WBC International lightweight belt. Clavero, from Cordoba, Argentina, has won five of his last six and will be making only his third ring appearance away from his home country.

Kazakh prospect Iskander Kharsan (7-0, 6 KOs), who is coming off an impressive TKO victory over Isidro Ochoa on the Tyson Fury-Otto-Wallin card in Las Vegas, will face Cameroonian veteran Thomas Essomba (9-5, 3 KOs) in an eight-round bantamweight clash.

Use the hashtag #MTKFightNight to join the conversation on social media.