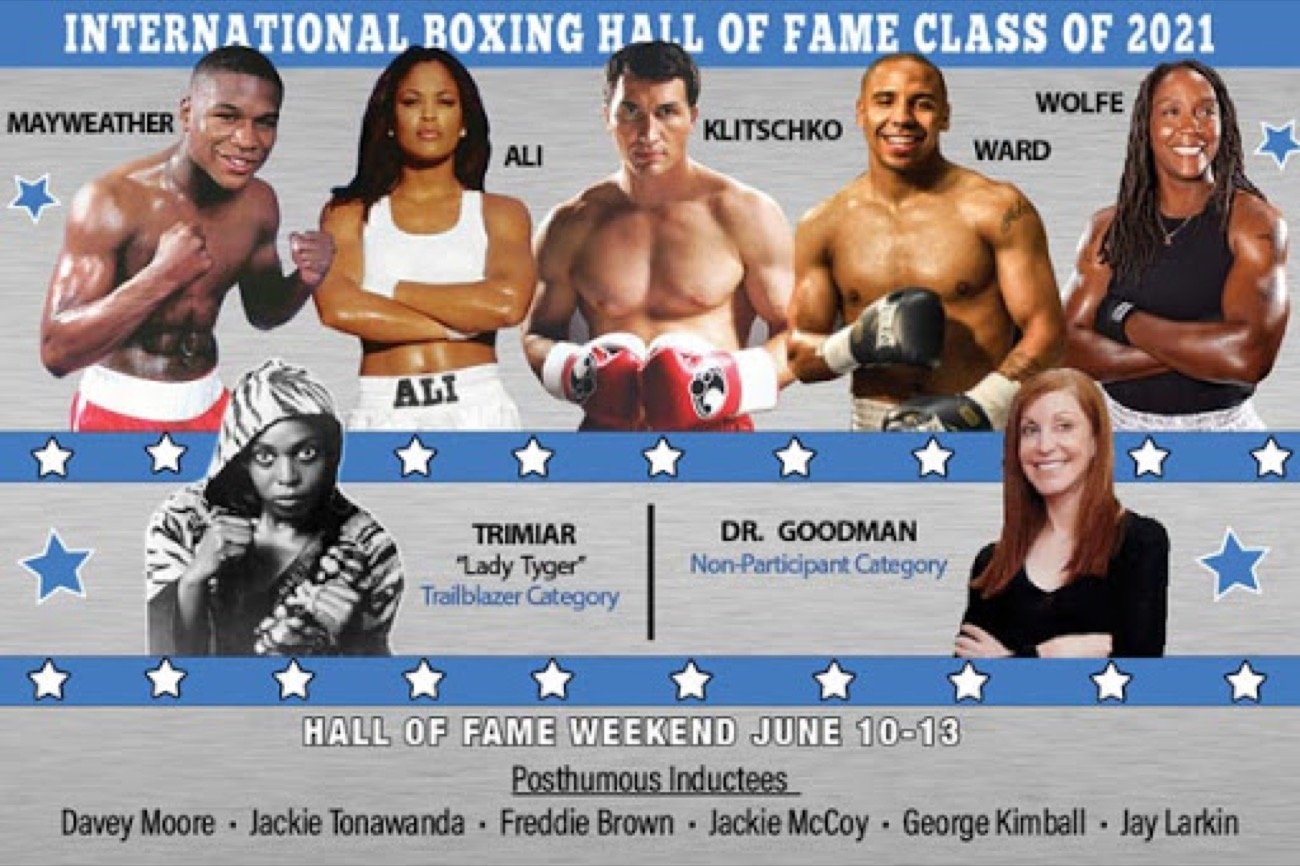 CANASTOTA, NY – FEBRUARY 2, 2021 – The International Boxing Hall of Fame announced today that due to the many unknowns of the ongoing COVID-19 pandemic between now and June and the remaining months of year, the 2021 Induction Weekend will be postponed until next year.

Next year’s celebration is scheduled for June 9-12, 2022 and will be themed a Hall of Fame Weekend Induction Trilogy. The event will honor the Classes of 2020, 2021 and 2022 when an international event the scale of the Induction Weekend can be done safely and without restriction in “Boxing’s Hometown.”

“Following last year’s Induction Weekend cancellation, the Hall of Fame recognizes the importance of pausing another round of induction celebrations,” said Hall of Fame Executive Director Edward Brophy. “However, the word trilogy is synonymous with boxing and if there is one sport and one location that could have the perfect setting for an Induction Trilogy, it is the sport of boxing and the place is Canastota.”

“It is so important to honor inductees with all the bells and whistles that the Hall of Fame Weekend is known for, including the intermingling between celebrities and boxing fans, and provide each inductee with the recognition they each so richly deserve,” continued Brophy.

The annual voting procedure takes place in the fall of each year and the Class of 2022 will be voted on and announced later this year.

The official 2022 Hall of Fame Weekend Induction Trilogy schedule of events and ticket purchasing information will be released later this year and will be the most highly anticipated event in Hall of Fame history.

In 2017, The International Boxing Hall of Fame and Turning Stone Resort Casino announced a 5- year partnership that includes a multifaceted program that spotlights Madison and Oneida Counties and has boosted tourism in Upstate New York. This partnership has helped make Upstate New York home to boxing’s most important weekend. The festivities have included a series of nationally-televised boxing events at Turning Stone, culminating annually in June with an elaborate International Boxing Hall of Fame Weekend celebration with several events, promotions, restaurant specials and more.