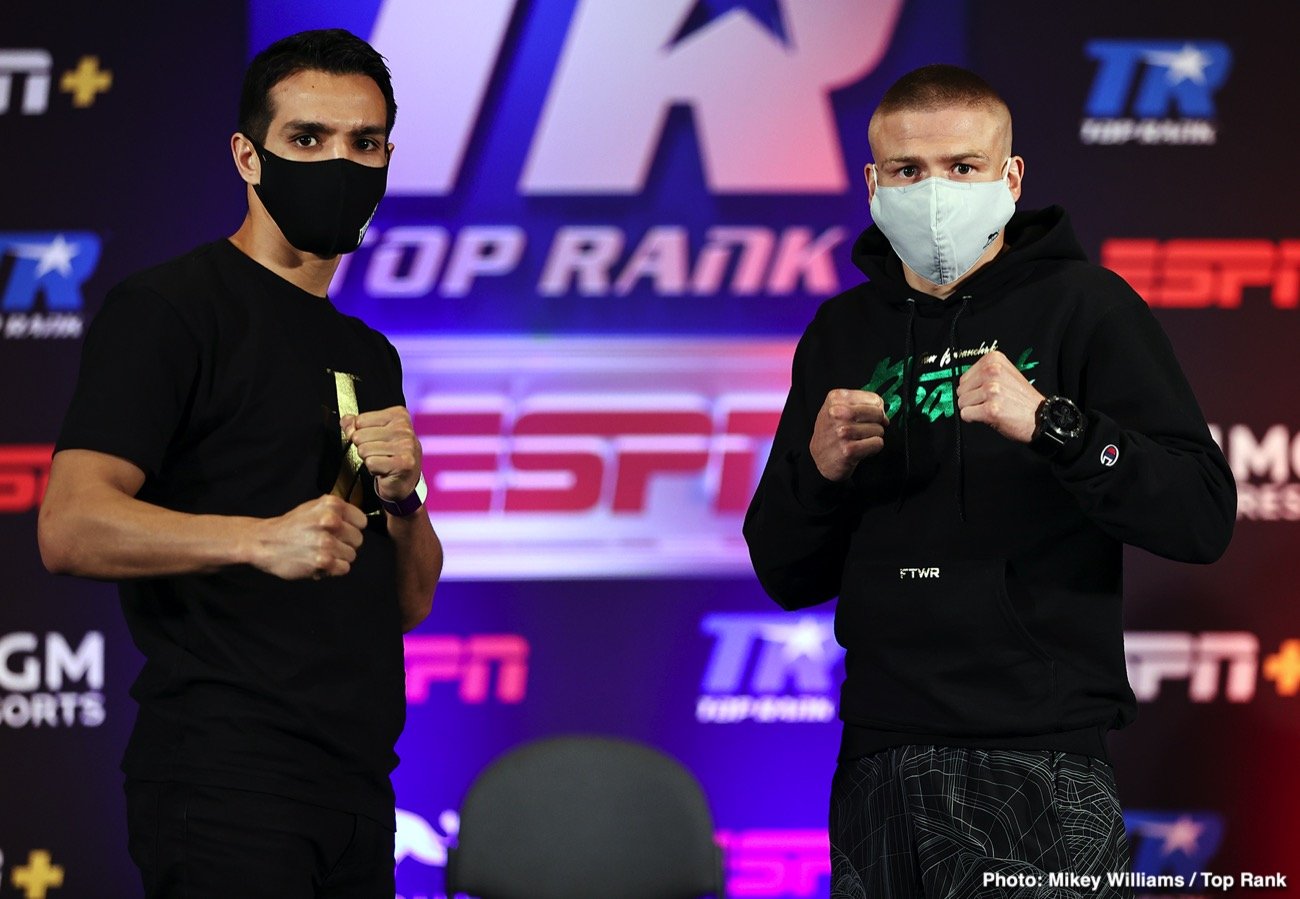 11 Fighters in action from Boxing’s Top Management company will be featured on Boxing’s biggest platforms, which will includes Teofimo Lopez in the sport’s most anticipated showdown on October 17

TONIGHT at the MGM Conference Center, two members of the Split-T Management stable will be in action on a big card that will be streamed by ESPN + (7:30 PM ET).

Former IBF Junior Welterweight World Champion, Ivan Baranchyk will take a very important step back towards 140-pound supremacy when he takes on former world title challenger Jose Zepeda in a 10-round bout.

Haven Brady Jr. will make his much talked-about pro debut when battles Gorwar Karyah in a four-round featherweight contest.

Baranchyk of Miami, Oklahoma by way of Amursk, Russia has a record of 20-1 with 13 knockouts, and is looking for his 2nd consecutive win since dropping his title in a highly-contest bout to now unified champion Josh Taylor. Baranchyk won the title by stopping via 7th round stoppage over Anthony Yigit on October 27, 2018.

The 27 year-old is coming off a 4th round stoppage over tough New Yorker Gabriel Bracero in four-rounds on October 5, 2019 at Madison Square Garden.

Baranchyk is co-promoted by DiBella Entertainment and Holden Productions.

Zepeda has a record of 32-2 with 25 knockouts, and has won two straight, which includes a win over former two-division world champion Jose Pedraza. The 31 year-old Zepeda’s only two blemishes have come in world title bouts to Jose Ramirez and Terry Flanagan. The La Puente, California native is coming off a 10-round unanimous decision win over Kendo Casteneda on July 7th,

Brady, is from Albany, Georgia, and was the 2019, Jr. National Olympic Gold Medal winner at 132 pounds. His amateur career saw him go 65-10 with 30 knockouts. Besides winning the Jr. Nationals, Brady won the 2019 Eastern Qualifiers and 2019 Jr. National PAL.

He has a very exciting style, who likes to throw a lot of power shots.

Karyah of Philadelphia is 2-1 with both wins coming by knockout.

Brady is promoted by Top Rank.

Boxing’s premier management company, Split-T Management, will again be the busiest group in October as 11 of its top performers will see action in high profile bouts over the biggest platforms in the sport.

On October 2nd, prized junior welterweight prospect Omar Rosario (1-0) of Caguas, Puerto Rico looks for win number-two against Matt Gavers in Kissimme, Florida, on a card that will be televised live on Telemundo.

On October 3, former IBF Junior Welterweight world champion Ivan Baranchyk (20-1, 13 KOs) looks to get right back in title contention as he takes on Jose Zepeda (32-2, 25 KO’s) in a bout that will headline an ESPN+ card in Las Vegas.

Also on that card will be the much-anticipated pro debut of star amateur featherweight Haven Brady Jr. of Albany, Georgia. Brady will take on Gorwar Karyah (2-1, 2 KOs) in a four-round bout.

On October 7th, Split-T Management fighters will be featured prominently on a ShoBox: The New Generation card on SHOWTIME as former U.S. Olympian and undefeated junior middleweight, Charles Conwell (12-0, 9 KOs) headline a card against fellow undefeated Wendy Toussaint (12-0, 5 KOs) at the Mohegan Sun in Uncasville, Connecticut.

On October 17th, In what many are calling the most anticipated fight of the year, undefeated IBF Lightweight world champion Teofimo Lopez (15-0, 12KOs) takes on WBA/WBO world champion Vasilly Loamachenko (14-1, 10 KOs) in a mouth-watering bout from Las Vegas and will be televised live on ESPN.