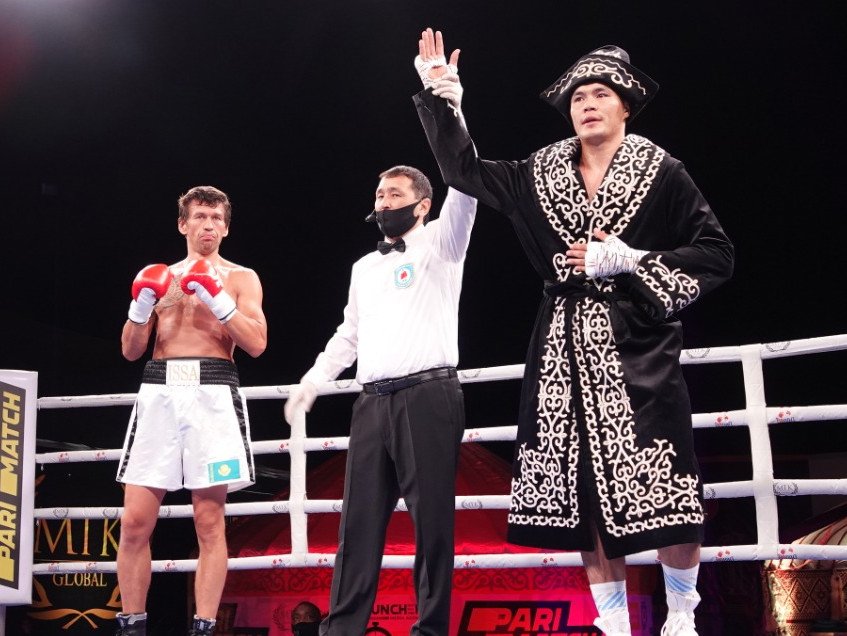 It was a night to remember as a substantial #MTKFightNight event took place in Almaty, Kazakhstan, with highly-rated debutants Kamshybek Kunkabayev and Tursynbay Kulakhmet proving their worth by overcoming dangerous opponents.

The event was broadcast live in the US on ESPN+ in association with Top Rank, in Kazakhstan on QAZSPORT and worldwide on IFL TV, with Kunkabayev and Kulakhmet stealing the show with their elite-level performances.

Kamshybek Kunkabayev proved that the hype is real by winning his much-anticipated professional debut with a second-round stoppage win over the dangerous Issa Akerbayev.

Kunkabayev, who has already qualified for the Tokyo Olympics and will return to the amateur ranks for that event, was facing an extremely tough task but showed just why so much faith had been put on him, dictating proceedings from start to finish.

A significant body shot in round two was all it needed to halt Akberbayev, with Kunkabayev claiming the win and sending out a stern warning to the rest of the cruiserweight division that a new star has emerged.

Kotochigov’s brilliant form in 2019 had already seen him claim the WBC International lightweight title, and he picked up right where he left off, landing a vicious body shot in round three that Isayeu couldn’t recover from, and securing the one-sided win.

It was a superb professional debut from highly-rated Tursynbay Kulakhmet as he lived up to his billing by earning a fourth-round retirement win over Sagadat Rahmankul.

Kulakhmet was in total control throughout the fight, showing his elite skills and dominating the rounds. It proved to be too much for Rahmankul, with the corner team pulling him out before the start of round five and handing Kulakhmet a fantastic win.

The battle of unbeaten fighters resulted in Saparbay Aidarov coming out on top, after a split decision victory over the extremely tough and brave Abay Tolesh.

Tolesh was knocked down in round two after a huge hook, but showed incredible heart to get back to his feet and continue fighting. He made it a competitive fight for the remaining rounds, but in the end, the judges scored it 77-74, 78-74, and 75-76 in Aidarov’s favor, earning him the win.

Teenage sensation Talgat Shaiken made a perfect start to his professional career with a unanimous decision victory over previously unbeaten Berikbay Nurymbetov.

#MTKFightNight returns on Wednesday with a massive show from Production Park Studios in Wakefield, as Lewis Crocker and Louis Greene, meet for the vacant WBO European welterweight title.

It’s part of a massive week of #MTKFightNight events, as, on September 2, Akeem Ennis Brown and Philip Bowes clash for the British and Commonwealth super-lightweight titles, and Dan Azeez defends his English light-heavyweight crown against Andre Sterling.