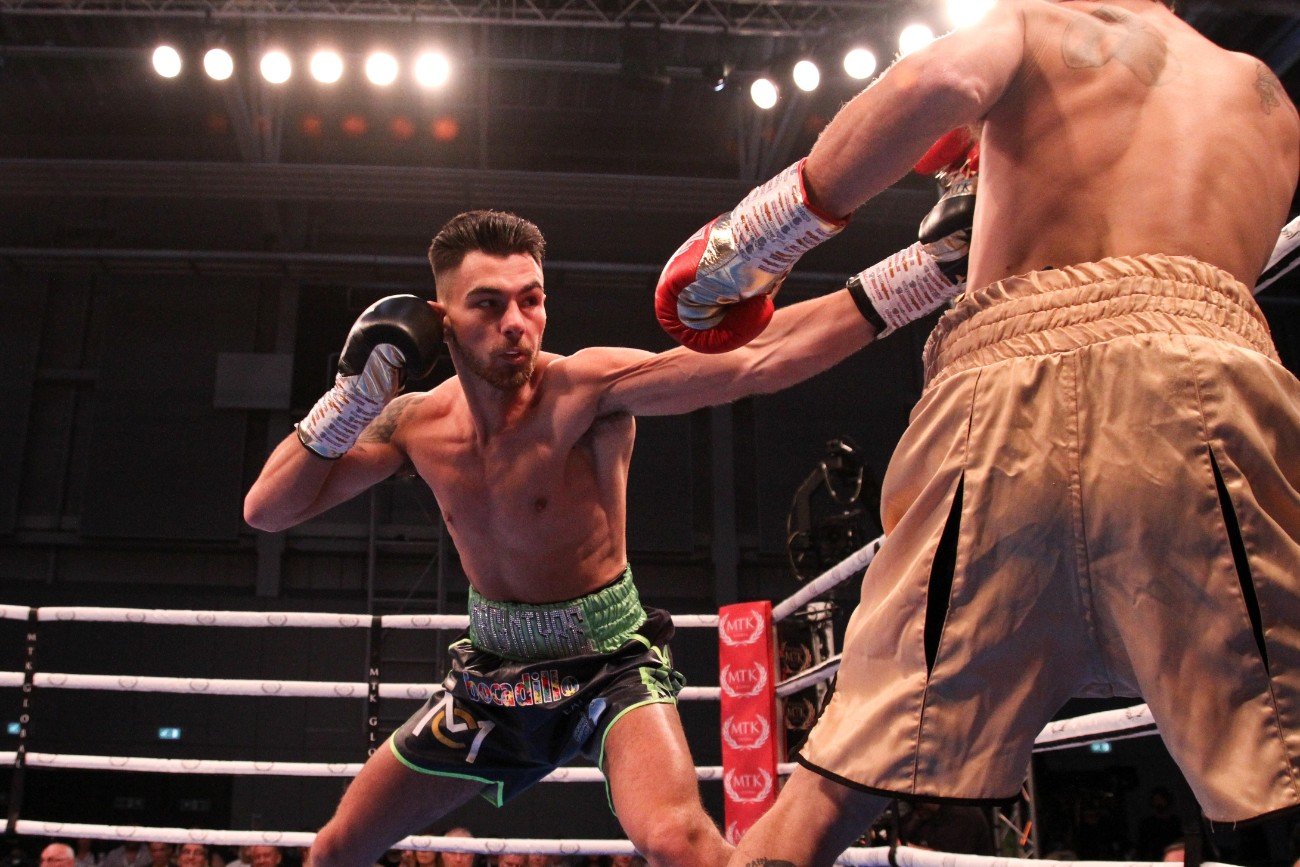 Undefeated Scottish star Craig MacIntyre knows that some huge fights will be on the horizon for him in the super-lightweight division – as long as he can defeat tough rival Ishmael Ellis when a huge #MTKFightNight returns on Wednesday.

MacIntyre (11-0-1, 4 KOs) meets Ellis (11-2) at Production Park Studios in Wakefield, live in the US on ESPN+ in association with Top Rank, and worldwide on IFL TV.

A win for the Glasgow man could pave the way for some big domestic battles in the near future, and he is adamant there won’t be any slip ups against Ellis.

MacIntyre said: “I think a win here puts me right in there with the big names in the division, and that’s exactly where I want to be. I can’t look past Ellis on Wednesday, but this could catapult me into some big title fights.

“We were meant to fight Darren Surtees before Ishmael Ellis stepped in, but I’ve had to remain fully focused. Surtees is definitely one for the future as nothing has changed. When I got offered that fight I said yes straight away, because I want to be in big fights.

“I think it’s going to be a bit weird without fans, but at the end of the day I’ve got a job to do, and when you get into that ring it’s just you and your opponent anyway. I’ll block it out and get the job done.”

MacIntyre vs. Ellis is part of a huge show on Wednesday, which is headlined by Jono Carroll vs. Maxi Hughes and also features Sean McComb going up against Siar Ozgul, Sahir Iqbal and Maredudd Thomas clashing for the WBC Youth welterweight title, and Pierce O’Leary facing Jacob Quinn.