LOS ANGELES (June 30, 2015) Kicking off the Fourth of July holiday weekend, LA FIGHT CLUB is sure to provide fireworks the ring at the historic Belasco Theater for the July 2 edition of the fan-favorite fight series in downtown Los Angeles.

MIAMI (June 30, 2015) – Unlike most British boxers who first establish themselves at home in the United Kingdom before fighting in the United States, Steed “The Stallion” Woodall packed up and moved 1-½ years ago from Birmingham, England to Miami in order to pursue his boxing dream. 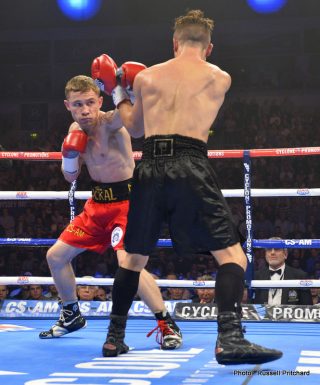 In a good piece of news for UK fight fans, Carl Frampton’s 2nd defence of his IBF super bantamweight title against Mexico’s Alejandro Gonzalez Jr – that is to take place in El Paso, Texas on July 18th – is to be screened on terrestrial television, with ITV confirming they are to broadcast the bout. It will be screened prime time, starting at 9:45 pm (BST)

The channel, which has a historic association to the sport in the country, made a hugely successful return to it with Frampton’s sizzling maiden defence against brash American challenger Chris Avalos back in February. An audience of over 2 million viewers tuned in. 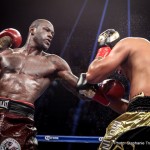 Since that less than stellar performance against Eric Molina earlier this month, Alabama’s WBC heavyweight champion Deontay Wilder has taken a bit of a shellacking from all quarters, particularly from his fighting peers in the heavyweight division.

One man it seems more than any other, unbeaten Australian contender Lucas Browne, has been trading barbs with Wilder across social media as of late – the latest of the exchanges coming via a video Browne has released in relation to their ‘beef’.

Ahead of his fifth successive world title defence, the 36 year-old two-time world champion is relishing a return to the Saxon capital. ‘’I have good memories from fighting in Dresden,’’ said Braehmer. ‘’It was here that I came back from my first world title defeat to claim the European strap in 2009. The city has not seen much boxing since then, but now I’m returning as world champion, and ready to change that!’’

American KO sensation Jose Zepeda says he’s ready to rumble when he comes to England and face Terry Flanagan for the Vacant WBO World Lightweight title on Saturday 11th July at the Manchester Velodrome, live and exclusive on BoxNation.

The International Boxing Association (AIBA) has named Ireland’s Katie Taylor as its Boxer of the Month for June.