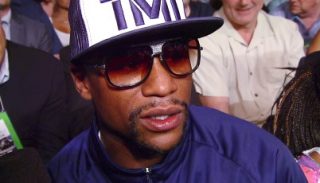 Finishing up his amateur career two weeks ago with a record of 88-25, the 19-year-old Quezada spoke about his highly anticipated opening bow in the paid ranks.

BOLTON (Feb. 6) – Rising super-flyweight Haroon Khan returns to action tomorrow night as he looks to continue the impressive start to his professional career.

The 22-year-old, who enjoyed a good amateur run, winning Commonwealth bronze in 2010 in Delhi, has made a flying start to his career in the paid ranks, racking up three wins including a stunning stoppage of American Vincente Medellin in Atlantic City last year.

BROOKLYN, NY (FEBRUARY 6, 2014)–On Thursday night, February 27th at the Millennium Theater, Dmitry Salita’s Star of David Promotions will present a special night of boxing that will be highlighted by a n eight round cruiserweight bout between Steve Bujaj and Elvin Sanchez. 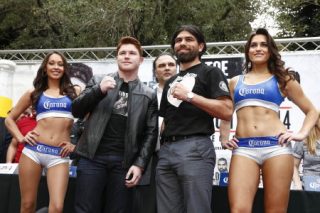 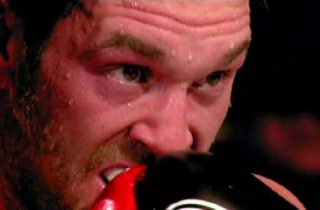 It isn’t just a 6ft 9in, 18 stone frame that distinguishes Tyson Fury as potentially the biggest superstar in British sport.

After 21 consecutive pro wins, the trigger tongued traveller is on the cusp of challenging for the world heavyweight title and don’t expect the build-up to slip beneath the radar.
Everybody, it seems, harbours an opinion on Fury’s fighting talent and kamikaze mindset – and not all of them are favourable – but Tyson continues to grow bolder with each passing victory.

After a frustrating 2013 in which he aired just once and was twice left stranded at the altar by David Haye, the 25 year old foghorn has penned a three fight promotional deal with Frank Warren which should culminate in a summer blockbuster with European champion and former victim Dereck Chisora.

NEW YORK (Feb. 5, 2014) – The first time Angelo Santana appeared on ShoBox: The New Generation he scored one of the most memorable knockouts of 2012. The second time, he suffered the only loss of his career in a shocking upset. Now, in his third consecutive ShoBox appearance, Santana (14-1, 11 KOs) will look to regain his status as one of the most promising – and feared – boxing prospects of today.

New York, NY- (February 5, 2014) Rock Steady Boxing NY/LA, in collaboration with world famous Gleason’s Gym is proud to announce its New York City launch press event. The non-contact boxing based program for people with Parkinson’s disease will be presented at Gleason’s Gym, in Dumbo, Brooklyn on March 5th, 4.00 – 6.00 PM. Rock Steady Boxing NY/LA co-founders Alex Montaldo and Dr. Roberta Marongiu will introduce the program, talk about its history and the way it works. Then we will have Golden Glove boxing Champion Michael Stoute join us for a fun demonstration of our workout drills, followed by testimonials from people with Parkinson’s disease who have seen their quality of life drastically improve since they started taking Rock Steady Boxing classes and got into the FIGHT BACK state of mind. The launch will be followed by a reception. Gleason’s Gym is located at 77 Front Street in Brooklyn, New York 11201.