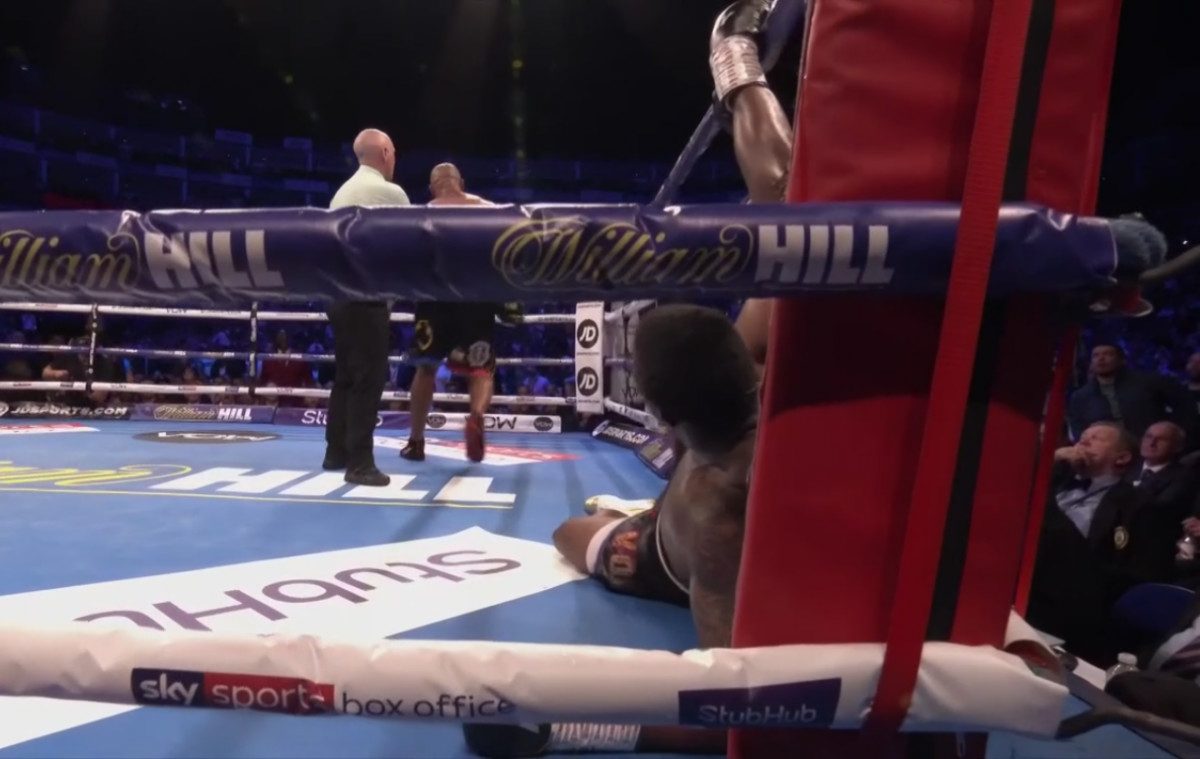 Tonight at The O2 in London, Dillian Whyte overcame a tough and dangerous Oscar Rivas to pound out a 12-round unanimous decision victory that saw the Brixton man claim both the interim WBC heavyweight title and the mandatory position with the WBC. Whyte had to get up from a ninth-round knockdown in an at times thrilling battle, but overall Whyte was far too versatile for the often one-dimensional Colombian hard man.

Whyte, easily the most deserving heavyweight on the planet in terms of being worthy of a world title shot, delivered some savage body shots tonight, his left jab also serving him well. Rivas, in rock-solid shape, was dangerous all night, coming forward and throwing shots – his right hand especially. But Whyte was too well-seasoned and his variety of shots proved too much for the often wild Rivas.

But Whyte could never afford to relax, as he found out in the ninth when Rivas cracked him with a right uppercut to the chin and decked him. The two traded blows after the knockdown, as they had done in some of the earlier rounds – the second-round being a highlight – and the crowd loved the action.

Whyte landed more shots than Rivas, inflicting swelling around his rival’s eyes, and it was clear at the end who had won the fight. Still, it was a good fight, yet another impressive win for Whyte on his campaign to be world champion. Whyte was unmarked after the hard 12-rounds and he now looks forward to a shot at either Deontay Wilder or Tyson Fury or whoever it is that holds the WBC title in May of 2020.

Rivas showed danger, power and toughness and determination throughout tonight’s fight and the 32 year old can certainly come again. Whyte, though, is the clear number-one heavyweight contender out there. The 31 year old has shown time and again that on his best night he can beat anyone.