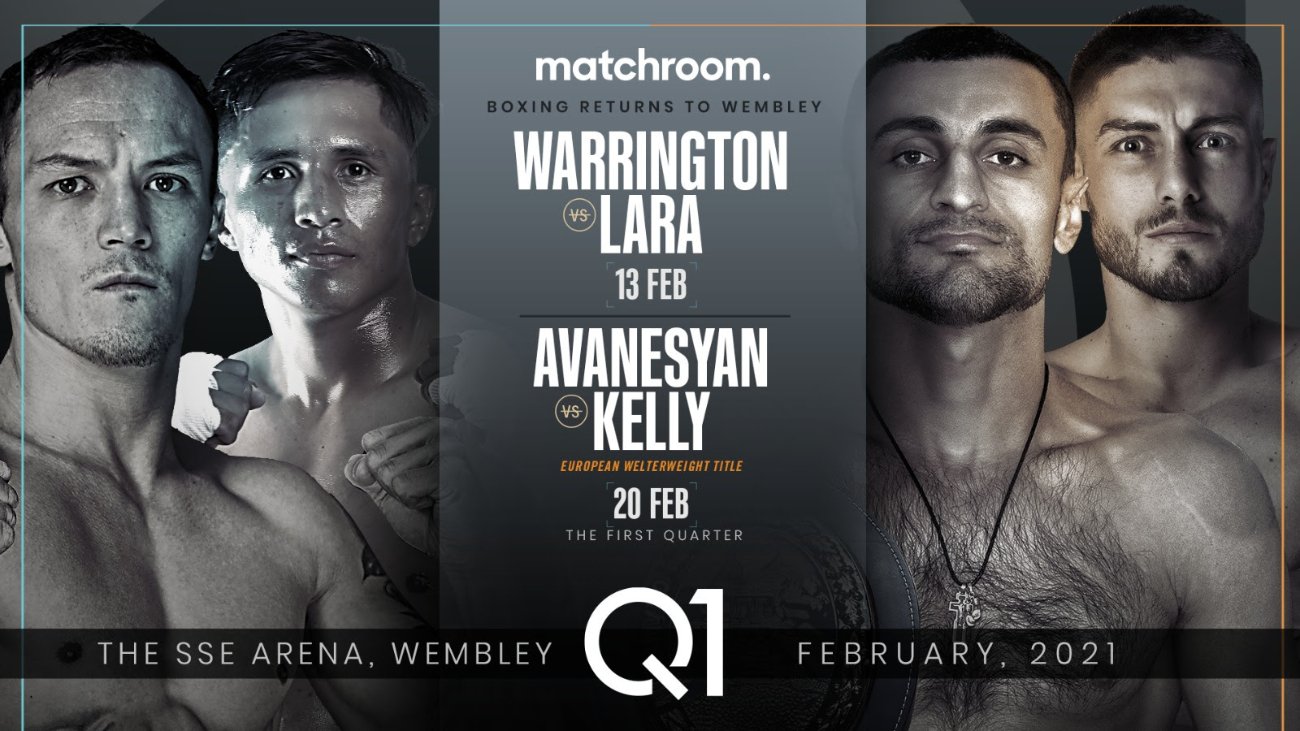 Josh Warrington will face Mexico’s Mauricio Lara in a must-win fight on his long-awaited return to the ring on Saturday February 13, live on Sky Sports in the UK and on DAZN in the U.S. and more than 200 countries and territories.

Warrington (30-0, 7 KOs), who is recognised as the No.1 Featherweight on the planet by The Ring Magazine, created history by becoming Leeds’ first ever male World Champion when he upset the odds to wrestle the IBF 126lbs crown from Lee Selby at Elland Road, the home of his beloved Leeds United, on a memorable night in May 2018.

Despite producing a career best performance against Selby, Warrington was again written off by many ahead of his first defence against Irish fight legend and two-weight World Champion Carl Frampton at Manchester Arena in December 2019.

Warrington retained his IBF Title in an epic Fight of the Year contender with ‘The Jackal’ that captivated the crowd from the opening bell with a blistering pace set by the Yorkshire hero as he earned a unanimous victory.

A close fought battle with IBF Mandatory Challenger Kid Galahad followed at the First Direct Arena in Leeds, with Warrington edging out his Sheffield rival via a split decision, ‘The Leeds Warrior’ then went on to defend his title with an emphatic second-round demolition job over Sofiane Takoucht in October 2019.

Lara (21-2, 14 KOs) is ranked at No.10 in the world with the IBF and is currently enjoying a ten-fight winning streak that stretches back to May 2018 when he suffered only his second career loss at the hands of Eliot Chavez. Hailing from Mexico City, ‘Bronco’ will be aiming to claim the biggest scalp in the 126lbs division.

“I’m more than ready to go,” said Warrington. “It has been well over 12 months out of the ring for me so I’m itching to get back. It has been a frustrating period for all of us. I’m excited to have a date and I can’t wait to get in the ring. The Xu Can fight is there and waiting. Does he want it? He’s already answered that question – no. Lara is getting beat and I’m moving forward. It’s as simple as that. I want to be as aggressive as possible and win the fight in an entertaining style.”

Warrington – Lara and Avanesyan – Kelly live on Dazn and Sky

Matchroom Boxing will return to The SSE Arena, Wembley for Josh Warrington vs. Mauricio Lara on Saturday February 13 and David Avanesyan vs. Josh Kelly on Saturday February 20, with both events shown live on Sky Sports in the UK and on DAZN in the U.S. and more than 200 countries and territories.

John Drury, VP and General Manager at The SSE Arena, Wembley, said: “We’re delighted to welcome Matchroom Boxing back to The SSE Arena, Wembley for our first events of 2021. We’re looking forward to another huge residency, with ASM Global’s VenueShield protocols keeping everyone at our venue safe and comfortable in a welcoming and Covid-secure environment.”