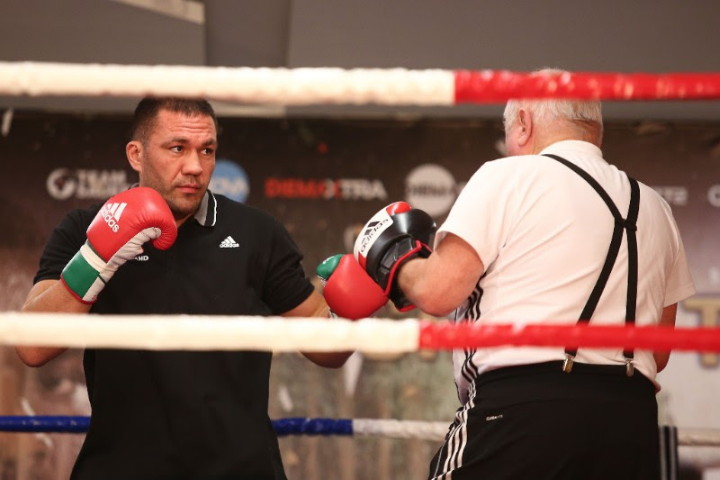 Frenchman Takam is rated at number three with the governing body and has been on the hunt for a showdown with the British star, and gets his golden chance at ripping away Joshua’s titles in the Welsh capital after Pulev picked up a shoulder injury in sparring.

“I received a call from Kalle Sauerland late afternoon today to inform me that Pulev had injured his shoulder and maybe ruled out of the fight – this was later confirmed by his doctor,” said promoter Eddie Hearn. “IBF rules state that the mandatory will go to the next fighter in line which is Carlos Takam.

“When the Pulev fight was announced I made a deal with Takam’s team to begin camp and be on standby for this fight. When I called them this evening they were overjoyed and good to go. It’s a difficult position for AJ having prepared meticulously for the style and height of Pulev, he now faces a completely different style and challenge in Takam – this hasn’t happened in his career before but he is ready for all comers on October 28.”

Joshua’s clash with Takam is part of a huge night of action in Cardiff where the 2012 London Olympic Gold medal man’s bitter foe Dillian Whyte aims to take a giant step to his first World title shot by facing Robert Helenius for the WBC Silver strap.

A limited number of tickets remain on sale via www.StubHub.co.uk.