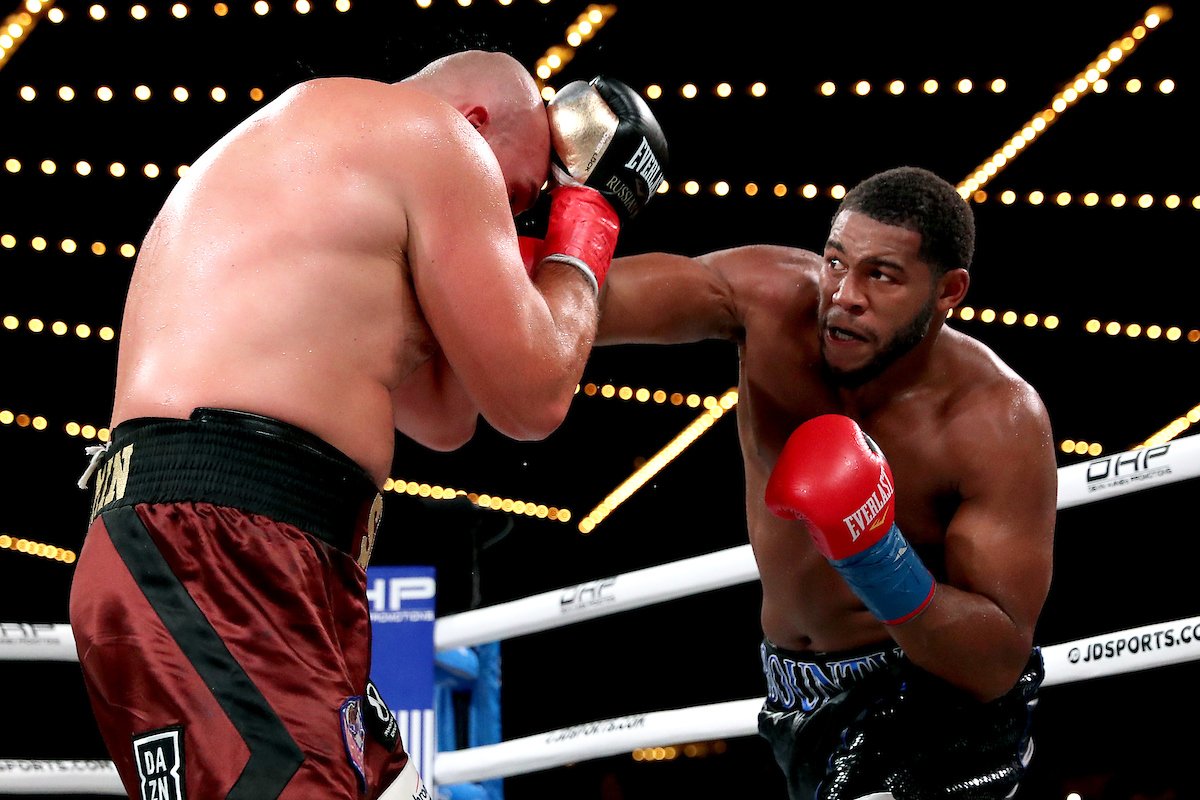 Michael Hunter is confident of getting a stoppage victory when he meets Alexander Povetkin in a WBA Heavyweight World Title Eliminator at the Diriyah Arena in Saudi Arabia on Saturday December 7, shown live on Sky Sports Box Office in the UK and DAZN in the US.

Hunter (18-1, 12 KOs) has remained unbeaten since moving up to Heavyweight in April 2018, unanimously outpointing Terrell Woods a year on from his sole professional defeat against pound-for-pound king Oleksandr Usyk at Cruiserweight.

‘The Bounty’ is currently ranked in the top ten in the world with the IBF, WBA and the WBO after six wins on the bounce that have left the 31-year-old firmly in the frame for World Title contention, and the Las Vegas danger-man is aiming to land his second shot at world honours in style by taking out Russia’s Povetkin in style.

“My style, movement and boxing IQ is going to be a problem for just about anybody, it just happens to be Povetkin who is the man in front of me,” said Hunter. “I chose Povetkin because he is one of the toughest guys and I knew he would take this fight. I have no fear, fear plays no part in this. When I perform at my peak nobody can beat me.

Read:  Dillian Whyte to fight on September 11th/18th in U.S, will have earlier start time for UK viewers

“It’s going to be hard for him to beat me, I’m going to give it all I got. I want to perform at my peak and I hope to outperform everybody on this card and steal the show. I have got to prove myself once again. Whether you’re the underdog or the favourite it’s all the same because I feel like I am the best fighter out there.

“I thrive on making guys quit so I’m definitely going to push for it. I’m always pushing for the KO. I’m a boxer first though and I’m certainly going to be boxing his shoes off! If I see any quit in him then I am going to take advantage of that.”

Povetkin vs. Hunter is part of a huge night of boxing in Saudi Arabia.

The Clash On The Dunes presented by PIF forms part of the Diriyah Season, an epic month of sports which kicked off with Formula E at the weekend, the Diriyah Tennis Cup featuring eight of the best men’s players on the planet, and the Diriyah Equestrian Festival, an elite competition with Tokyo Olympics 2020 qualifying points on the line.

The Diriyah Season is also supported by the Diriyah Music Festival with huge concerts taking place around the event. On December 6, the night before the Clash On The Dunes, major artists who are yet to be announced will perform. So far artists such as Imagine Dragons, DJ Alan Walker, Clean Bandit and Maluma have performed to 40,000 concert goers.