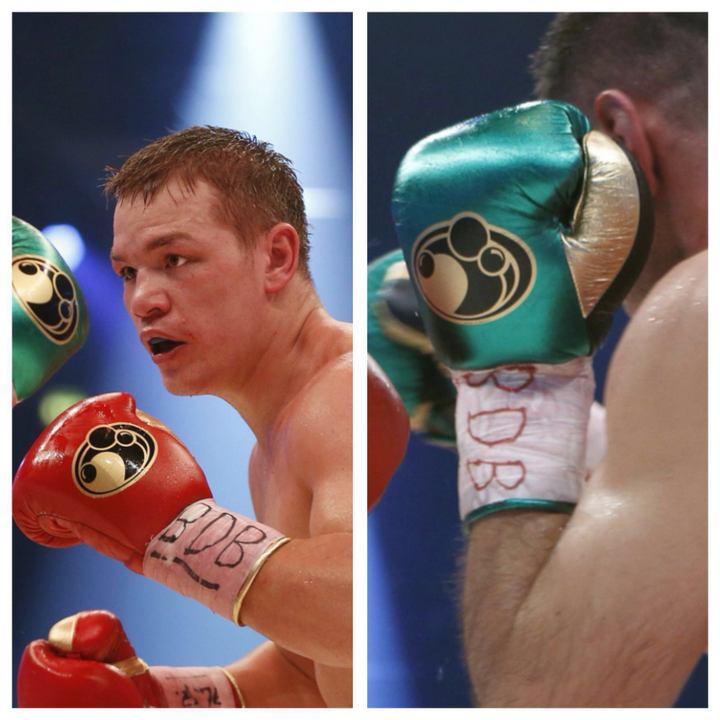 Hello Felix, congratulations on your world title winning effort. How do you feel after all?

What were your feelings during the fight?

I felt quite comfortable. the first 5 rounds went by pretty quick. And I think I won them all. Rounds 9, 11 and 12 were also mine. That was enough for the victory. I gave myself some rest between the 6th and 8th, reduced my tempo a little bit. Maybe it would have been clearer if I hadn´t done so. Of course Fedor is a great boxer and was a strong opponent, especially if you consider the low number of fights he had so far. He´s got my respect! As fighter and as a human!

Fedor Chudinovs team saw things a little bit differnt, though. Whats your opinion on that?

Right after the final bell Fedor came to me and congratulated me! He said, ” You´ve won fair and square. I`m young and have enough time to become world champion again”. The same he said to Maurice Weber and to my coach Magomed Schaburov.

What do you think about the punch statistics, which team Chudinov is basing their opinion on?

I don´t know where these statistics are coming from. But in boxing it´s about landing the cleaner, more telling punches and not only about the output alone. There are a lot of examples of great boxers that were not punching that much at all. But they landed the cleaner and more telling punches. I was a bit confused about the statistic too. 1022 punches in 12 rounds! That would be just crazy. In the fight before ours he had an output of 500 punches… So he would have doubled that in our fight, hard to believe.

Do you have an explanation for that?

Every counting system is different. Maybe they counted feints and missing punches or whatever too. Me, my team, several neutral boxers and other people having to do with the sport of boxing watched the fight 5 times now. They all had the same decision on their scorecards: 115:113 for me. So we asked some neutral Analysts for a punch statistic. They counted about 600 punches thrown by Chudinov. Given the statistics from the fight before, that sounds more logical than 1022, right? And if you take the cleaner, harder punches into consideration, I won 9-3. That´s it. Everybody can rewatch the fight to get an own opinion. But for sure they´ll see the same like me: Fedor Chudinov did not throw 1K of punches. So the official statistic is quite surprising. For all of us. And Fedor congratulating me after the fight, says a lot, too. Again, Fedor`s a great fighter and got my respect. His team, too. I understand, they`re disappointed and everybody scores from a different point of view, but I landed the cleaner punches. That`s a fact!

First of all, in 26 years of boxing, I´ve never seen gloves losing their colour within 40 minutes. They wanted the same gloves as me, just in their own colour. As everybody knows, I´m fighting with Grant gloves since 2007. Never ever before i saw something like that happening. Not with my gloves or anyone else`s gloves. And it´s known which fighters are fighting with these gloves.

How do you explain that?

Team Chudinov were at the Rules Meeting. My information is, that Fedor´s manager took a very close look at them, even put them on and tried them out. He was ok with them and signed them. He then put them back into their box and gave them to the supervisor. Those are the rules. On fight night they were handed to team Chudinov and my gloves were handed to me. Everthing as usual. What we recognized when rewatching the fight is, that in round 6 there was a lot of tape coming off Fedor´s gloves. Really a lot of tape. We didn`t bring the tape, they brought it themselves. Not my fault. On some pictures you can see how much tape is on the gloves, they are almost shining. And my towel was as red as his was. My forehead was burning. But maybe that was from all the headbutts I received durng the fight. Chudinov should have been deducted a point or two. By the way, that was the reason for the cut I suffered. If you rewatch the fight, you`ll see how often he comes in with his head first. But back to the gloves. After the fight, team Chudinov took the gloves with them. Normally you give them back to the supervisor so that everybody involved can check them, if there`s any doubt about the opponent´s gloves.And added to that, they could have asked for a new pair. But they didn´t. So i think everything was fine with the gloves. Inside and outside. Nobody complained before the fight. And now I´m the one to take the blame.

They accused us of manipulating the gloves! That means, i want to harm myself? Total nonsense. I understand their disappontment but let´s stay fair. And we should all ask ourselves, what we probably did with the gloves to lose all the colour. I don´t accuse anybody of anything, but there are some cremes you put on your body to get warm or stay warm. Everybody has his own rituals going on before a fight. Some of this stuff burns pretty strong on your body and they smell very strong. But that´s just my theory, why the colour went of the gloves.

So what are your plans for the future right now?

I´ll let some time pass by and i need surgery on my elbow. After that, I`ll make a decision when I will box again.

For how long will you fight?

I`ll decide that after the surgery. The elbow plays a key role in that decision.