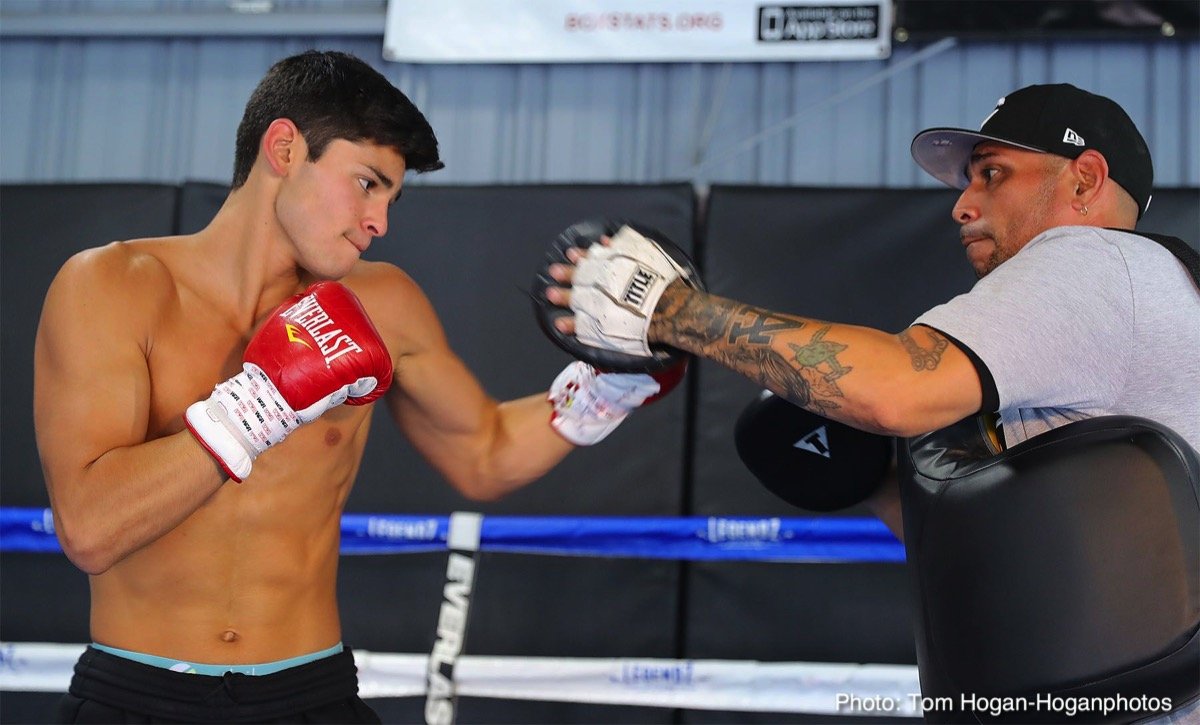 Welterweight prospect Alexis Rocha (15-0, 10 KOs) will take an important step up in competition as he defends his WBC Continental Americas Welterweight Title against Brad Solomon (28-2, 16 KOs) in a 10-round bout on the undercard of Garcia vs. Fonseca. The event will take place Friday, Feb. 14 at Honda Center in Anaheim, California and will be streamed live exclusively on DAZN.

Rocha is a 22-year-old southpaw of Santa Ana, California who is widely considered as one of the best rising prospects of the welterweight division. Since making his debut in 2016, Rocha has steadily climbed the rankings by fighting some of the biggest cards that Southern California has hosted in recent years.

After defending his regional title against the likes of Berlin Abreu and Roberto Valenzuela Jr., Rocha will look to pass the toughest test of his career when he takes on tough contender Solomon.

“I’m excited and looking forward to fighting in my backyard at the Honda center,” said Alexis Rocha. “Brad Solomon is a big step up and will present a challenge, but I am more than ready. I’m looking to make a statement on February 14, and hope I get the recognition I deserve as one of the best fighters in the welterweight division”

Solomon is a 36-year-old contender of Lafayette, Lousiana who was a standout amateur boxer before debuting as a professional in 2008. Aside from winning several Golden Gloves titles, Solomon also possess an amateur win over Javier Molina. As a professional, he as defeated tough fighters such as Freddy “The Rail” Hernandez and Adrian “El Tigre” Granados. Solomon is coming off a loss against Vergil Ortiz Jr. in what was a valiant effort. He’ll now look to have better success against Rocha.

Solomon wants to make a statement against Rocha

“I’m coming to make a statement in this fight,” said Brad Solomon. “I just fought on a Golden Boy card in December, but I’m coming right back to show what I’m made of. So, make sure you tune into my fight on Feb. 14 because I will demonstrate that I have a lot of unfinished business in the boxing game.”

Garcia vs. Fonseca is a 12-round fight for the WBC Silver Lightweight Title presented by Golden Boy. The event is sponsored by Hennessy “Never Stop. Never Settle.” The event will take place Saturday, Feb. 14 at Honda Center in Anaheim, California and will be streamed live exclusively on DAZN.