Bob Arum says he’s willing to make a fight between Tyson Fury and WBC mandatory Dillian Whyte if the WBC orders that fight if he successfully defeated Deontay Wilder on October 9th in their trilogy match.

Arum believes a fight between ‘The Body Snatcher’ Whyte and Fury would be a huge one in the UK.  He didn’t say whether he would attempt to give Whyte a step aside so that Fury doesn’t have to take a risky fight.

Some boxing fans believe Whyte would be all wrong for Fury due to his toughness, and his power.

Eddie Hearn said this week that he thinks the World Boxing Council will order the Fury vs. Whyte fight if both guys win their next fights.

Whyte (28-2, 19 KOs) has a tough match against Otto  Wallin on October 30th. If Whyte comes out of that contest with a victory and Fury (30-0-1, 21 KOs) wins his fight with Wilder, the WBC will likely order the Fury-Whyte clash.

There’s no reason for the WBC to wait for the undisputed clash because Anthony Joshua lost his three heavyweight titles last Saturday night against Oleksandr Usyk.

Those two have a rematch that is expected to take place next February. Joshua says he wants the second fight with Usyk, but we got to wait and see whether it takes place or not. Joshua also stated that he’d like to fight the Fury vs. Wilder 3 winner, even without a belt.

“Dillian Whyte is the number one contender, and that could be a big, big fight for Tyson, particularly if we held it in the UK, so that’s not out of the question,”  said Bob Arum to iFL TV on Fury possibly being ordered by the WBC to face Whyte next should he defeat Wilder on October 9th.

“Dillian Whyte is a capable heavyweight. A fight against Tyson Fury or Wilder, whoever wins on October 9th, would be a very interesting fight.

“I think Tyson Fury is the much better heavyweight than Anthony Joshua, but it’s heavyweight and in the heavyweight division everything is possible,” said Arum.

“I lived through all those Ali days, and Joe Frazier didn’t seem, based on his height and the way he fought, to be much of a challenge for Ali. But all three fights were fantastic fights and very competitive.

“Frazier clearly won the first one, and Ali clearly won the next two. Again, in the heavyweight division, one guy landing a tremendous punch against his opponent can turn everything around,” said Arum. 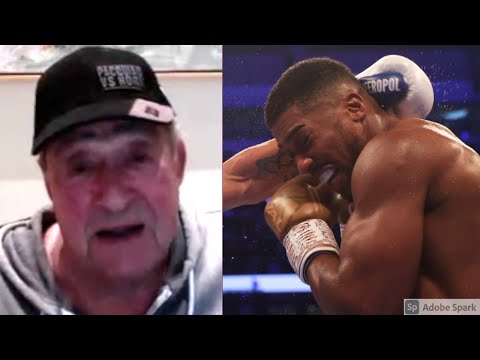 4 thoughts on “Bob Arum open to Tyson Fury vs. Dillian Whyte if WBC orders the fight”