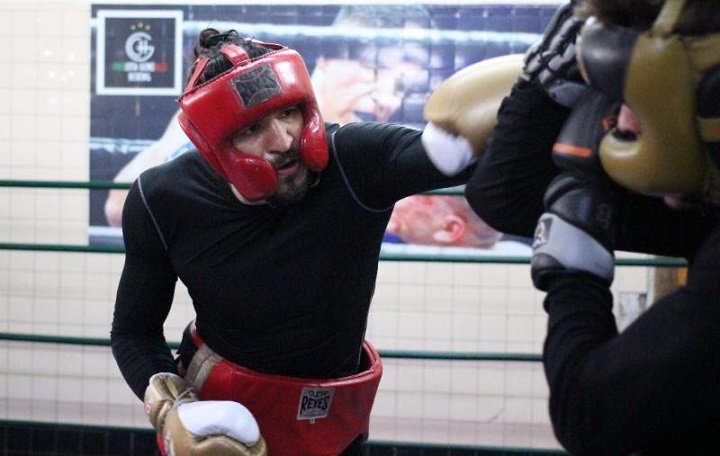 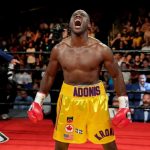 (Photo credit: Dave Nadkarni/Premier Boxing Champions) WBC light-heavyweight king Adonis Stevenson last night retained his belt, the one he won in crushing fashion against Chad Dawson back in June of 2013, for the seventh time and what a thrilling fight he and his challenger Thomas Williams Junior put on in Quebec City. A sizzling slugfest the type fans love, Stevenson’s 4th-round KO over Williams Jr gave us plenty of terrific exchanges, switches in momentum and then, courtesy of “Superman’s” explosive left hand, a KO of The Year candidate.

Stevenson, now 28-1(23) proved in the all-southpaw battle that he is the most exciting light-heavyweight out there today. The 38-year-old (39 in September) might not be the best – and if he does face the winner of November’s Sergey Kovalev-Andre Ward showdown, Stevenson will likely enter the ring as an underdog – but his blend of raw power, speed and willingness to rumble, combined with his often leaky defence and decent but not great chin, make Stevenson so compelling to watch.

This will be the 1,939th fight sanctioned by the WBC in its 53-year history. 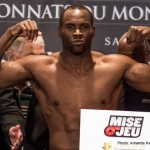 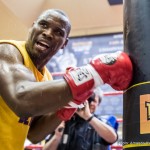 For a man who claims he is the best light-heavyweight in the world, WBC king Adonis Stevenson has neither been overly active of late, nor has he been facing elite challengers. It seems we can totally forget about Stevenson and fellow 175-pound ruler Sergey Kovalev fighting, ever. It is a real shame that this, the biggest and best fight that can be made at light-heavyweight, appears destined to be filed under the, ‘what could’ve been’ section of the sport. 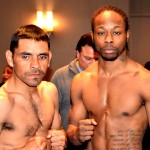 Boxing returns to Chicago with a bang this Friday at the UIC Pavilion as Rau’shee Warren, Jordan Shimmell and Thomas Williams Jr. headline a card in which ten of the twelve bouts on tap feature an undefeated fighter looking to maintain an unblemished record. Barring a slight miracle – an evening of zero upsets – someone’s “0” seems bound to go.

Dubbed the “Holiday Boxing Bash” by Warriors Boxing Promotions, the card promises to deliver high-level boxing to fans in attendance given the vast amateur pedigree and professional experience of the fighters.