Featured on the card, in separate bouts, will be former world champions Richar Abril and Yuri Foreman. Abril (19-3-1, 8KO’s), making his much anticipated return and DiBella Entertainment (DBE) debut, will take on the always-tough Jerry Belmontes (21-8, 6KO’s) in a 10-round junior welterweight showdown. Foreman (33-2, 9KO’s), fighting for the first time in 2016, is set to take on Jason Davis, of Vancouver, WA, in an eight-round junior middleweight matchup.

Read moreRichard Abril and Yuri Foreman in action on 6/3

Liverpool star Derry Mathews will feature on two big shows at the Echo Arena in the coming months when he fights on Friday 6th March before going on to face Richard Abril for the WBA World Lightweight title on Saturday 18th April.

Derry Mathews’ WBA World Lightweight title opportunity on Friday 6th March at the Liverpool Echo Arena has been put on hold after the Champion Richar Abril has been forced to withdraw due to a viral infection. 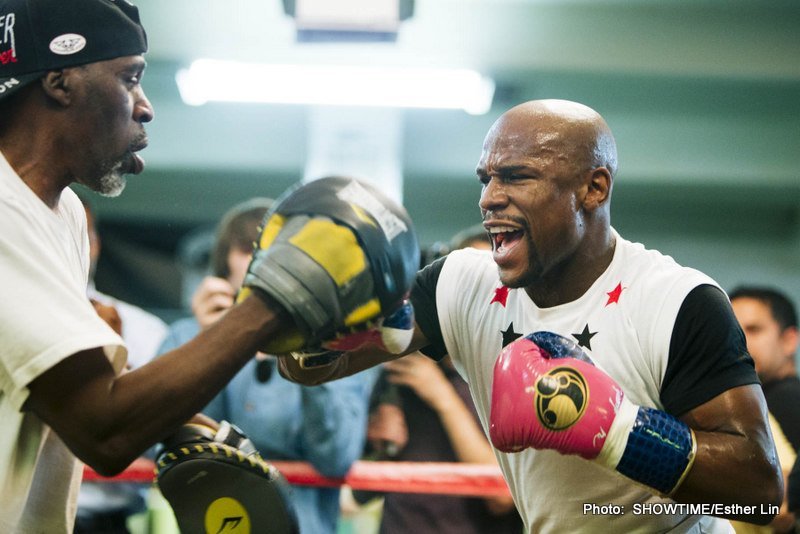 “In 18 years I haven’t brought my best out yet. Being around the sport for so long, I have a lot of experience. I’ve boxed my whole life. I’ve never worked a job.

“As I get older I want to settle down and be with my family. I’ve had enough fun.

“It feels good to be in camp. Everyone on the team is ready to go out and do what we do best. 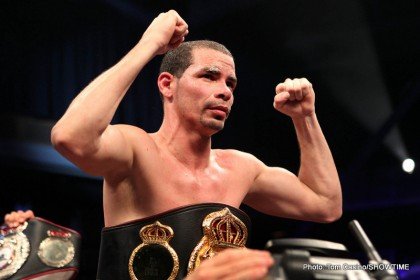 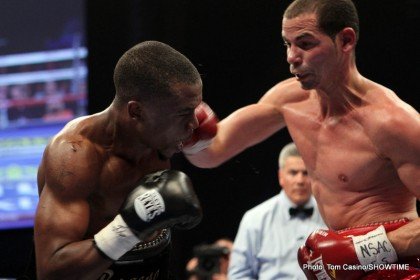 By Jeff Sorby: Using his 5’11” height, WBA lightweight champion Richar Abril (18-3-1, 8 KO’s) defeated Sharif Bogere (23-1, 15 KO’s) on Saturday night by a 12 round unanimous decision in a physical at the Hard Rock Hotel and Casino in Las Vegas.

At times, the fight looked more like an MMA type of fight than actual boxing match, as Bogere often charged forward with his head lowered like a little ram. Abril was cut over his right eye, as well as his left from impacts from Bogere’s head.

By Rob Smith: A fight between former IBF/WBC welterweight champion Andre Berto (28-1, 22 KO’s) and IBF junior middleweight champion Cornelius Bundrage (32-4, 19 KO’s) is reportedly almost complete for November 24th and will be televised by HBO, according to RingTV. On the undercard will be a fight between lightweight contenders Richard Abril (17-3-1, 8 KO’s) going up against unbeaten contender Sharif Bogere (23-0, 15 KO’s) in a fight for the vacant WBA lightweight title. The Bogere-Abril fight is supposed to already be taking place on November 3rd, but it looks like Golden Boy Promotions will be pushing it back to November 24th.