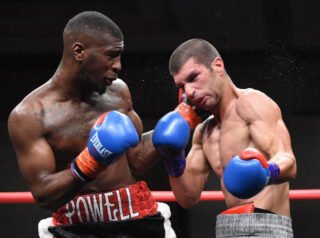 The timing couldn’t be better as Providence’s Toka Kahn Clary returns to his home state of Rhode Island for the first time since 2017. 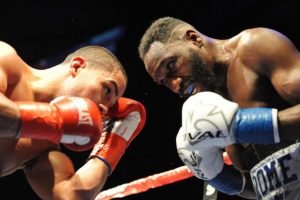 A wild night at Twin River Casino ended with a dramatic finish and a new champion crowned in the super welterweight division.

It’s not so much the fact Ray Oliveira Jr. is headlining a fight card for the first time in his career that has him a little more amped up than usual for Friday night’s event at Twin River Casino. It’s the fact he’s bringing his hometown with him.

Beginning next Friday, Facebook FIGHTNIGHT LIVE serves up tripleheader action inside the squared circle. To open the weekend, the fan-friendly boxing and MMA streaming service partners once again with renowned promoter Jimmy Burchfield Sr. for a red-hot CES Boxing card to start the boxing year in New England. Fans from across the globe can catch all the action beginning at 8 p.m. ET live from Twin River Casino in Rhode Island on any device wherever Facebook is available.

Following a season-long celebration of its 25th anniversary in combat sports, CES Boxing begins the first of its next 25 years in February with a major-league doubleheader at Twin River Casino featuring the region’s top prospects.

Like most boxers, Ray Oliveira Jr. has one eye on his upcoming Friday night with the other focused firmly on the more important battles he’ll face in the real world outside of the ring.

The 26-year-old New Bedford, Mass., junior middleweight has successfully created his own legacy in the sport out from underneath the shadow of his legendary father, “Sucra” Ray Oliveira, developing into one of the region’s most respected fighters in his weight class for taking on any and all comers.

Classic Entertainment & Sports CEO Jimmy Burchfield Sr.
Twenty-five years in professional boxing is no small feat. At times, it’s felt like an entire century, but we wouldn’t trade this lifestyle, or these incredible experiences, for anything.

On Saturday night, Oliveira’s son, Ray Oliveira Jr., fights for the seventh time as a pro at Twin River Casino in CES’ first show of 2017, kicking off the promotions’ 25th year anniversary celebration.

The camp went well and the weight came off almost effortlessly.

New Bedford, Mass., junior welterweight Ray Oliveira Jr. was in the best shape of his life in July when he stepped back into the ring for the first time in nearly eight months, but there was still a small hint of worry in the back of his mind knowing there’d be one missing piece in his corner on fight night.