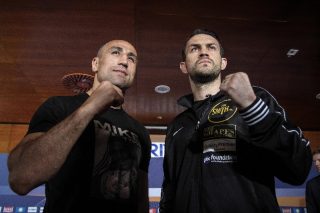 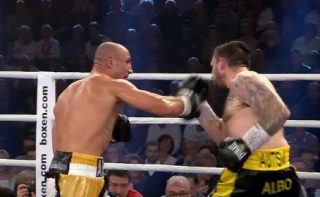 Matchroom Sport promoter Eddie Hearn plans on appealing to the WBO to see if they can make his beaten fighter Paul Smith (35-4, 20 KOs) the WBO 168lb mandatory challenger to WBO super middleweight champion Arthur Abraham (41-4, 28 KOs), who beat him by a 12 round unanimous decision last night Kiel, Schleswig-Holstein, Germany.

Hearn’s beef was that the scoring was too wide in Abraham’s favor in a fight that appeared to be a lot closer than the scores given by the three judges. Hearn was especially upset about one judge scoring the fight 119-109. Hearn thought that score came out of left field. Interestingly enough, Hearn says that the fight could have gone Abraham’s way by a round or so, but he’s upset about the wide scores.

If Matchroom Sport promoter Eddie Hearn is interested in getting a rematch for his fighter Paul Smith (35-4, 20 KOs) against WBO super middleweight champion Arthur Abraham (41-4, 28 KOs) then Hearn will need to open up his pocketbook and come up with a lot of cash because Abraham’s promoter Kalle Sauerland says he’s only going to let Abraham fight Smith again if the interest is there and the money is good enough.

Hearn will need to dig real deep for cash if he wants to have Abraham travel to Liverpool to fight Smith at home in the UK. Sauerland doesn’t want to put his fighter at a disadvantage unless it’s a substantial offer from Hearn. Abraham has a large following in Germany, so there’s really no point in him traveling to Liverpool to fight Smith, a fighter he just defeated by a 12 round unanimous decision last Saturday night in Germany.

Arthur Abraham (41-4, 28 KOs) retained his WBO World Super Middleweight crown with a unanimous points decision against Paul Smith (35-4, 20 KOs) in Kiel, Germany. After twelve rounds of non-stop action in front of a sell-out crowd at the Sparkassen-Arena the judges scored the fight 117-111, 117-111 and 119-109 in favour of the defending champion.

‘’It was a tough fight,’’ said Abraham. ‘’Paul Smith was by no means an easy opponent and he made me work hard for the win. I was pleased with my performance. I feel that I have proved to myself, to my coach Ulli Wegner and to my fans that I still have what it takes. I’m not in decline and I look forward to more successful defences of my WBO title.’’

Paul Smith (35-4, 20 KOs) fought the fight of his life on Saturday night in losing a 12 round unanimous decision to WBO super middleweight champion Arthur Abraham (41-4, 28 KOs) by a set of scores that were far too wide at the Kiel, Schleswig-Holstein, Germany. Smith deserved a victory or at least a draw out of the fight because he was the one making the fight in many of the rounds. The judges scored the fight 117-111, 117-111 and 118-109

Abraham uncharacteristically went on the attack mode early in the fight in taking the fight to Smith. But after several rounds, Abraham slowed way down and spent much of each round covering up behind his high guard while Smith carefully landed shots to his head and body.

Abraham did a good job in throwing powerful jabs that frequently caught Smith while he was in punching range. But Smith was the one landing many of the cleaner shots. By the 8th, Smith appeared to be in control of the fight. Abraham was taking rounds off and letting Smith control the fight. 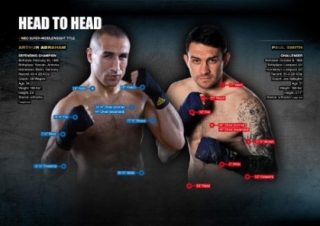 Paul Smith (35-3, 20 KOs) will be fighting for a world title for the first time in his 11-year pro career this Saturday night against WBO super middleweight champion Arthur Abraham (40-4, 28 KOs) at the Sparkassen-Arena in Kiel, Germany.

Paul Smith believes he has the tools to take the WBO World Super Middleweight title from Arthur Abraham when the pair clash for the crown in Kiel, Germany tomorrow night live on Sky Sports.