On Saturday night, March 14, 2015, Top Rank light welterweight professional boxer, Mike “Yes Indeed” Reed (Waldorf, MD/Washington, D.C.) dominated in his return to the D.C. area, defeating Eddie Soto (Pawtucket, RI) by second round TKO. Reed-Soto, originally scheduled as an 8 round fight, headlined Keystone Boxing’s fight card at The Sphinx Club, located in Washington, D.C. In the fight, Reed dropped Soto twice in round one, and twice in round 2. Soto wasn’t able to continue, forcing the referee to stop the contest at 2:10 of Round 2. Reed’s record improved to 13-0, with 7 KOs, while Soto’s record dropped to 12-9, with 4 KOs. Since signing with Top Rank last year, Reed has traveled outside of the Washington, D.C. area for his fights, having fought in Atlantic City, New Jersey, twice, and Omaha, Nebraska, once. 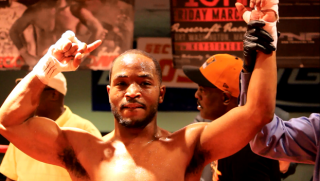 There’s no other way to sum up Yes Indeed” Reed’s intent and demeanor other than a man on a mission. As soon as the timekeeper sounded the opening bell, Reed began walking Soto down and landing power punches to the body and head. There was no slow start; no finesse; no feeling out his opponent; it was all business. 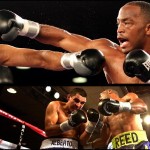 Reed defeated Osnel Charles on October 4 at Bally’s in Atlantic City, New Jersey, and will return to the ring November 29 at CenturyLink Center in Omaha, Nebraska (HBO undercard). 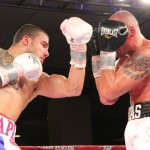