The show from Monte Carlo – which also features middleweight bouts Martin Murray vs. Domenico Spada and Nick Blackwell vs. Sergey Khomitsky – will commence on Channel 5 at 8.30pm and conclude at 11pm, meaning fight fans will be treated to some two-and-a-half hours’ worth of world-class boxing.

Monaco, October 22 – High-riding middleweight Martin Murray of the UK says he plans to “do a job” on Domenico Spada on Saturday, using the opportunity to demonstrate that he is one of the best middleweight fighters in the world.

Saturday’s “Title Tornado” tournament in Monte Carlo, promoted by Golden Gloves, will be broadcast in major territories across the world.

This was announced by promoter Rodney Berman upon his arrival in the principality on Tuesday.

In a major coup for UK boxing fans, October 25’s “Title Tornado” tournament in Monte Carlo, jointly headlined by the UK’s Martin Murray in a world title eliminator and Stuart Hall in a world title fight, will be broadcast live on Channel Five in Britain.

Middleweight Martin Murray’s charge to the world championship will continue on another Golden Gloves bill that takes place in Monaco on October 25. 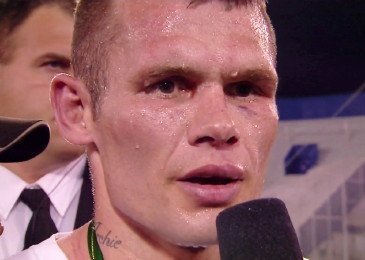