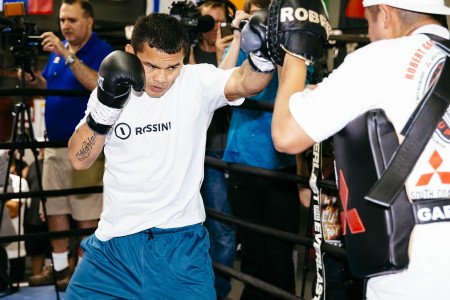 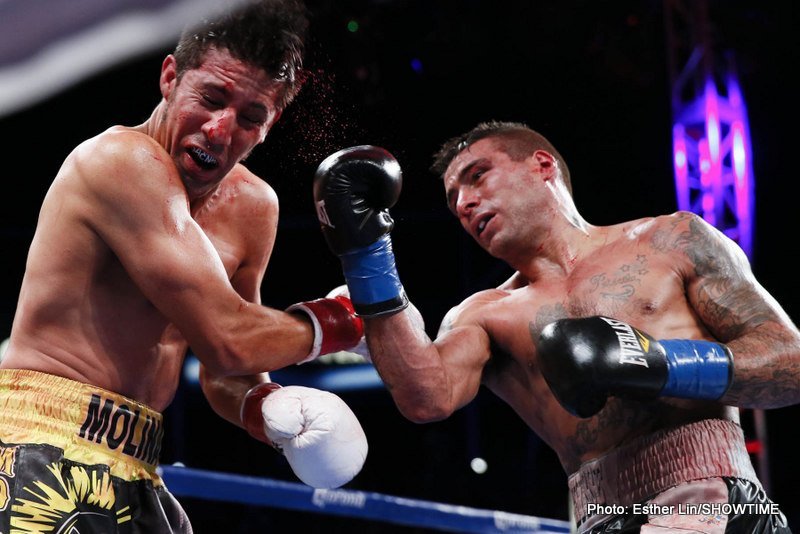 On an exciting night when unbeaten WBA Interim Welterweight Champion Keith “One Time” Thurman retained his title with a third-round TKO over former world champion Julio “The Kidd” Diaz and undefeated Omar “Panterita” Figueroa successfully defended his WBC lightweight crown with a 12-round split decision over Jerry Belmontes, Lucas “The Machine” Matthysse stole the show with a spectacular, brutal 11th-round knockout over John Molina in the leading Fight of the Year candidate Saturday on SHOWTIME®.

The Argentine, ranked No. 1 in the world at 140 pounds, was hurt in the first and dropped in the second and fifth rounds. But the former interim WBC 140-pound world champion came back with knockdowns in the eighth, 10th and 11th to turn back a determined bid by Molina and capture the WBC Continental Americas Super Lightweight Championship. 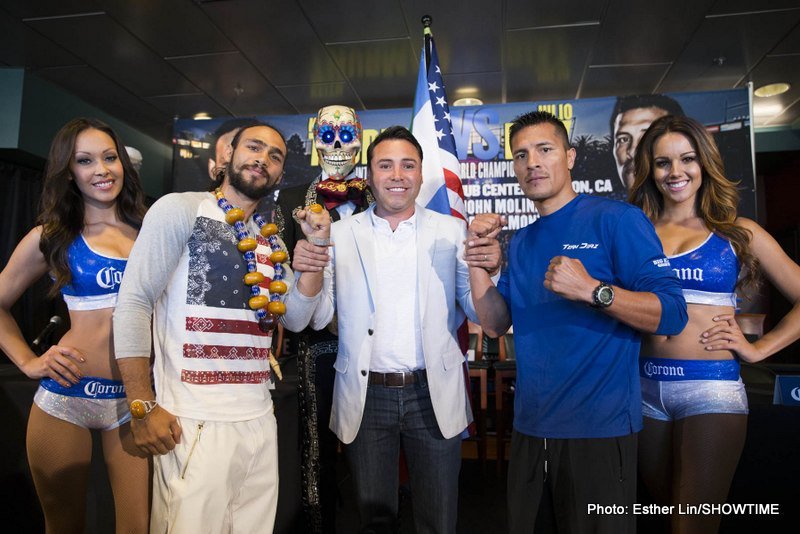 This Saturday night from the fan friendly StubHub Center in Carson California, yet another Golden Boy Promotions Tripleheader will broadcasted by Showtime Sports.

The card has recognizable names in what some boxing fans, many media members, and all the betting websites, have labeled as showcase type action fights that will surely be a boom or bust on social media Saturday night.

As a team in 2013, Richard Schafer, Stephan Espinoza, and who else Al Haymon, saw increased ratings, huge PPV numbers, and quality fights that produced a banner year. Showtime has put all their chips in fueling the sport of boxing and creating real competition with HBO. 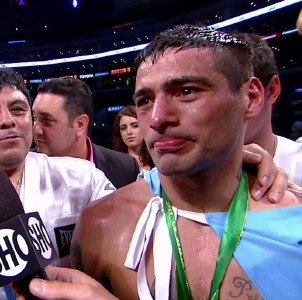 Lucas Matthysse (34-3, 32 KO’s) will be taking a tune-up/stay busy fight against lightweight slugger John Molina (27-3, 22 KO’s) on the Keith Thurman vs. Julio Diaz fight card on Showtime at the StubHub Center, in Carson, California, USA. The Matthysse-Molina fight should provide entertainment for boxing fans anxious to see straight slugging, even if the fight does prove to be a mismatch.

Hopefully, the Molina doesn’t fold in one round like he did against Antonio DeMarco in 2012. Matthysse is a bigger puncher than DeMarco, so it’s quite possible we could see Molina drop for the 10 count early in the fight. In that case, hopefully Golden Boy Promotions and Golden Promotions learn from the experience that they can’t match Matthysse against lightweights and expect the fights to be entertaining. 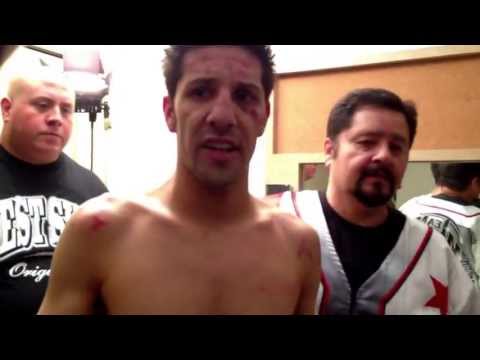