Brian Halquist Productions will kick off its 2018 season with a special Friday night boxing event on Friday, Jan. 12 with Battle at the Boat 114 at the Emerald Queen Casino in Tacoma, Wash.

The six-bout card will feature a 10-round main event between welterweights John Jackson and Manuel Perez and the return of Walter “2 Guns” Wright. 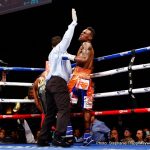 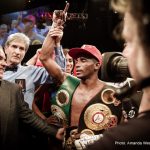 On a night Erislandy “The American Dream” Lara successfully defended his WBA Super Welterweight Championship with a hard-fought 12-round unanimous decision over Vanes “The Nightmare” Martirosyan, undefeated brothers Jermall and Jermell Charlo, of Houston, became the first twins in boxing history to hold world titles in the same weight class.

Jermall Charlo (24-0, 18 KOs) retained his IBF Junior Middleweight World Championship with a unanimous 12-round decision over former world champion Austin “No Doubt” Trout (30-3, 17 KOs) of Las Cruces, N.M., in the second of three world title fights on SHOWTIME CHAMPIONSHIP BOXING® from The Chelsea inside The Cosmopolitan of Las Vegas.

#2 WBC John Jackson’s chin betrayed him once again with him getting stopped in the 8th round by #1 WBC Jermell Charlo (28-0, 13 KOs) on Saturday night in their fight for the vacant WBC light middleweight title at the Las Vegas Events Center (DLVEC) in Las Vegas. Jackson was in control of the fighting going into the 8th round. 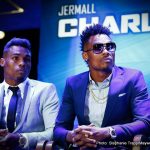 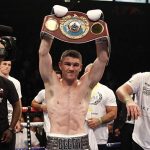 In the main event Erislandy Lara defends his WBA title against Vanes Martirosyan in a rematch of their 2012 bout that ended in a technical draw.… read full article “Liam Smith Predicts Lara-Martirosyan, Charlo-Trout, Charlo-Jackson” 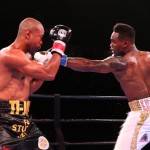 This will be the 1,932nd fight sanctioned by the WBC in its 53-year history. 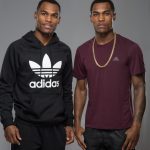 Undefeated identical twin brothers Jermall and Jermell Charlo have the opportunity to become boxing’s first twins to hold world championships in the same weight class when they enter the ring this Saturday, May 21 live on SHOWTIME from The Chelsea inside The Cosmopolitan of Las Vegas.… read full article “Charlo brothers in action this Saturday”

Uprising Promotions, in association with Peter “Kid Chocolate” Quillin, put on another explosive card at the Five Star Banquet Hall in Long Island City on Friday night, thanks in large part an incredible job of matchmaking from promoter Ronson Frank. In the co-feature of The Big Payback, Uprising Promotions featherweight Angel Luna (11-0-1, 7 KOs) dropped Jhovany Collado twice in the opening round of an eventual unanimous decision victory, while Top Rank welterweight John Jackson (16-3-2, 13 KOs) was forced to settle for a majority draw in the main event against a very game Rafael Gonzalez (7-2-2, 6 KOs).