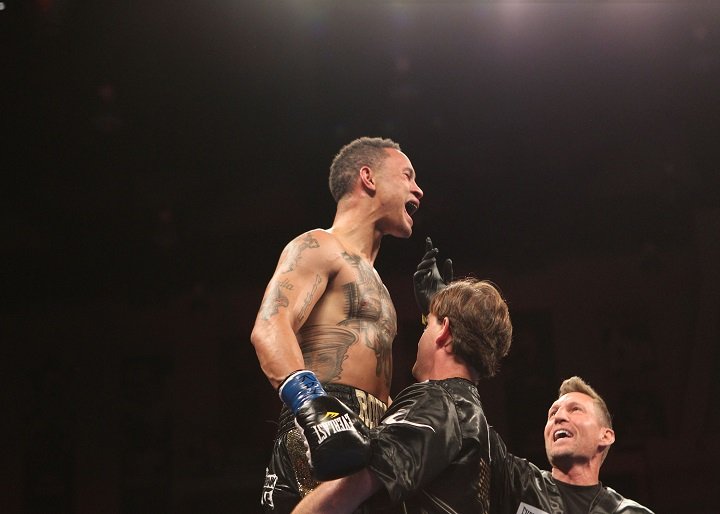 Undefeated super lightweight Regis Prograis made an emphatic statement Friday on ShoBox: The New Generation, knocking down previously undefeated Joel Diaz Jr. four times in the second round as he stamped his arrival as a legitimate contender in the 140-pound division.

Regis “Rougarou” Prograis and Joel Diaz Jr. made weight on Thursday just hours after the “Opening Bell” to kick off festivities for the 2017 International Boxing Hall of Fame Weekend.

The undefeated Prograis (19-0, 16 KOs) and fellow unbeaten Diaz (23-0, 19 KOs) will square off in the 10-round super lightweight main event of a Hall of Fame edition of ShoBox: The New Generation tomorrow/Friday, June 9, live on SHOWTIME (10:30 p.m. ET/PT) from Turning Stone Resort Casino in Verona, N.Y.

ShoBox: The New Generation will celebrate the 2017 Hall of Fame weekend with a special doubleheader on Friday, June 9 live on SHOWTIME (10:30 p.m. ET/PT) from Turning Stone Resort Casino, just minutes from the International Boxing Hall of Fame in Canastota, N.Y.

Longtime ShoBox analysts Barry Tompkins and Steve Farhood will call the action on Friday before their induction in the “Observer” category on Sunday as part of a 2017 class headlined by boxing greats Evander Holyfield, Marco Antonio Barrera and Johnny Tapia.

Jean Pascal’s protégé, Joel Diaz Jr. (20-0, 16 K.O.) will return to the Bell Centre ring on January 30 to fight on the undercard of the highly-awaited grudge match between the unified IBF, WBO and WBA light heavyweight world champion Sergey ‘Krusher’ Kovalev and Jean Pascal. The young and talented boxer from Palmdale, California intends to send a message to everyone involved in the lightweight division and to win over the hearts and minds of Quebec boxing fans as he will face veteran Mexican boxer Abraham ‘Cholo’ Gomez (22-11-1, 11 K.O.). 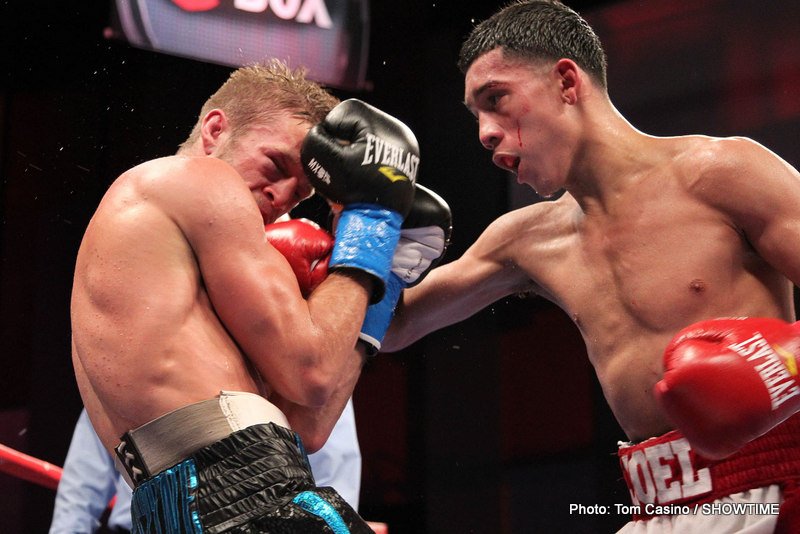 MASHANTUCKET, Conn. (May 16, 2014) – Undefeated super featherweight prospect Joel Diaz Jr. extended his unblemished record with a unanimous decision victory in a tough fight with Tyler Asselstine in the main event of ShoBox: The New Generation on SHOWTIME® from Foxwoods Resort Casino in Mashantucket, Conn.

Diaz (16-0, 12 KOs) controlled the tempo of the fight and pocketed rounds in the beginning, landing and throwing more power shots. But the rugged and previously once-beaten Asselstine (14-2, 7 KOs) pushed Diaz past the seventh for the first time of his career and turned up the heat in the latter rounds. But it was too little, too late for the Canadian, who didn’t have the power or tools to overcome Diaz’s activity in the 10-rounder, which all three judges scored 97-92. 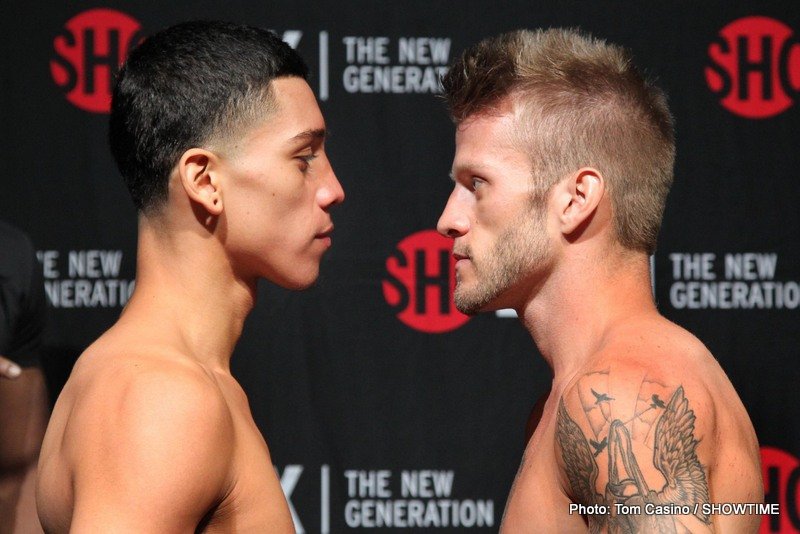 Undefeated super featherweight prospect Joel Diaz Jr. and once-beaten Tyler Asselstine both measured at the 130-pound limit during Thursday’s official weigh-in for their 10-round main event showdown tomorrow/Friday, May 16 on ShoBox: The New Generation, live on SHOWTIME® at 10 p.m. ET/PT (delayed on the West Coast).

Co-promoter and former world champion Jean Pascal presided over Thursday’s weigh-in at Fox Theatre at Foxwoods Resort Casino in Mashantucket, Conn., the site of Friday’s ShoBox doubleheader. The event is promoted by DiBella Entertainment in association with Jean Pascal Promotions. Galarza-Bouchard is also promoted in association with New Legend Boxing.

Mashantucket, Conn. (May 15, 2014)- Earlier today, all of the fighters for the DiBella Entertainment (DBE) and Jean Pascal Promotions card weighed in ahead of their bouts tomorrow night at the beautiful Foxwoods Resort Casino, in Mashantucket, Conn., The exciting ShoBox: The New Generation doubleheader card is headlined by highly regarded undefeated junior lightweight prospect Joel Diaz Jr. taking on Tyler Asselstine and will air live on SHOWTIME® beginning at 10 p.m. ET/PT, delayed on the West Coast.