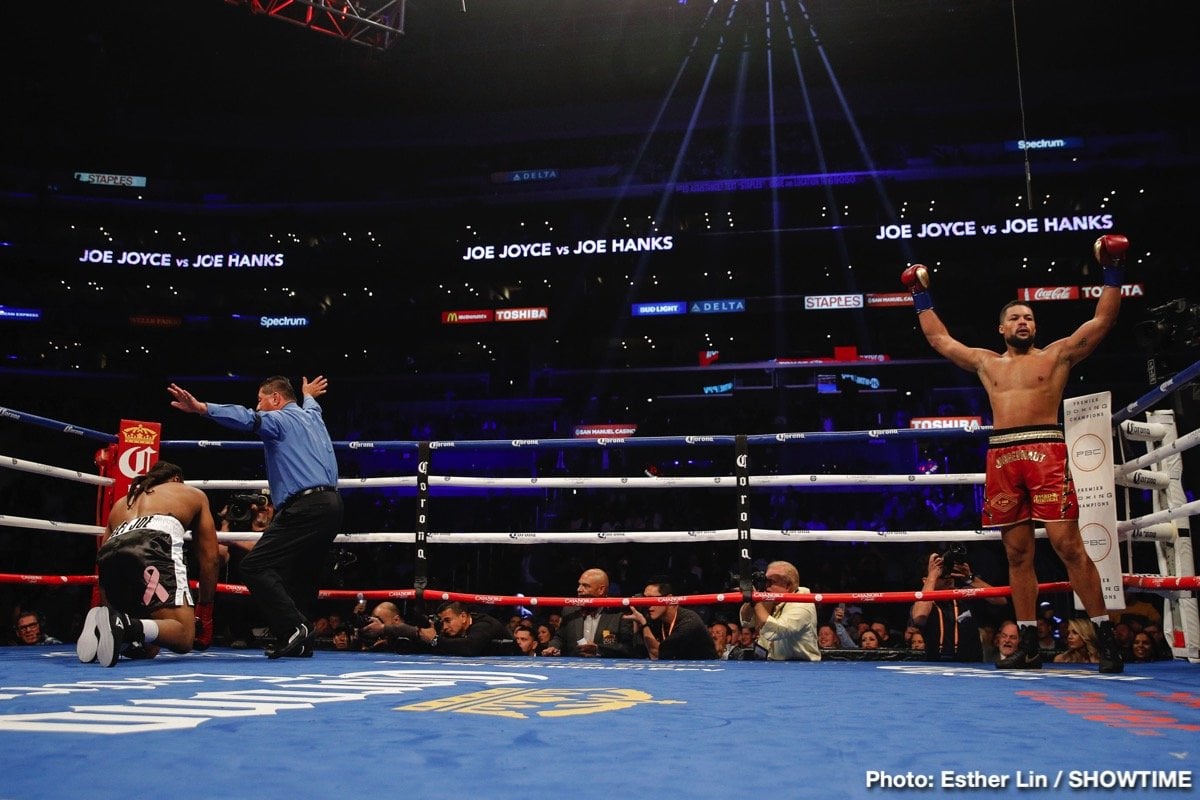 In an impressive performance against a fighter some felt would give him some problems, unbeaten British heavyweight Joe Joyce crushed Joe Hanks in the very first round on last night’s Wilder-Fury card in Los Angeles. Joyce, 33, lived up to his “Juggernaut” nickname as he blasted through Hanks.… read full article “RESULTS: Joe Joyce Scores Impressive One-Round Win Over Joe Hanks On Wilder-Fury Card” 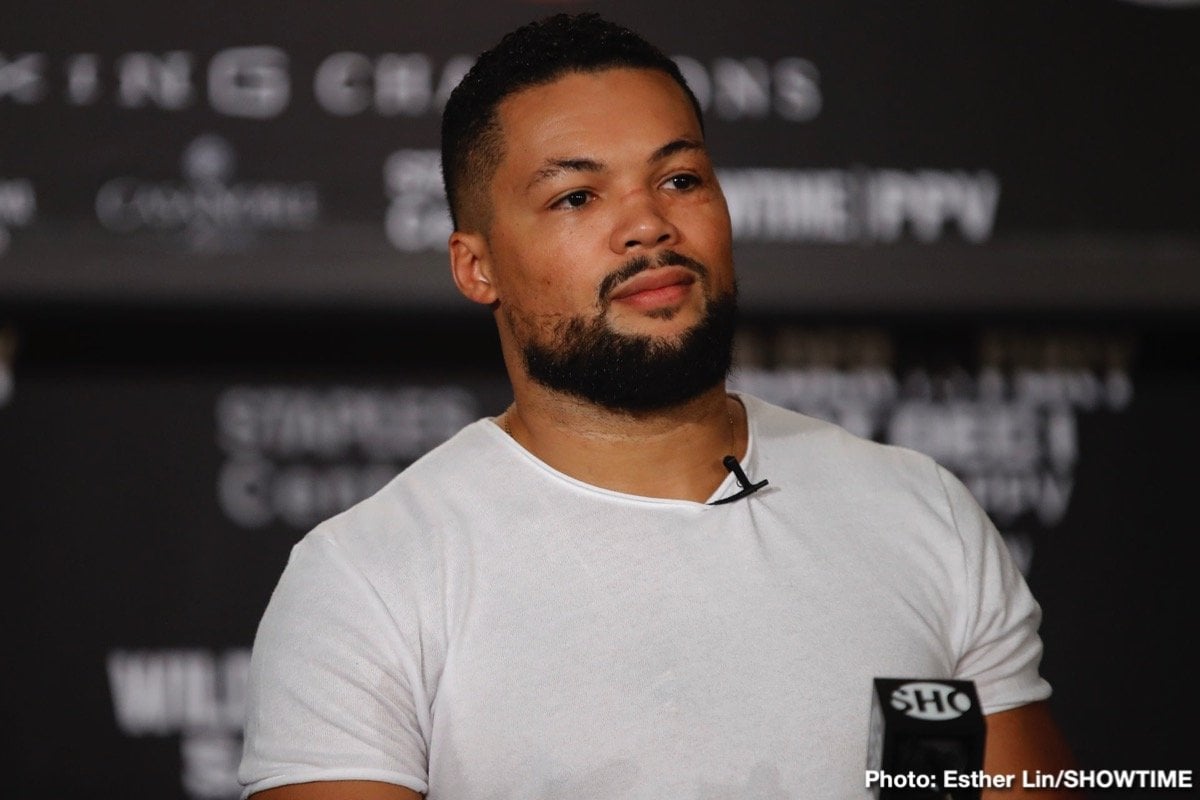 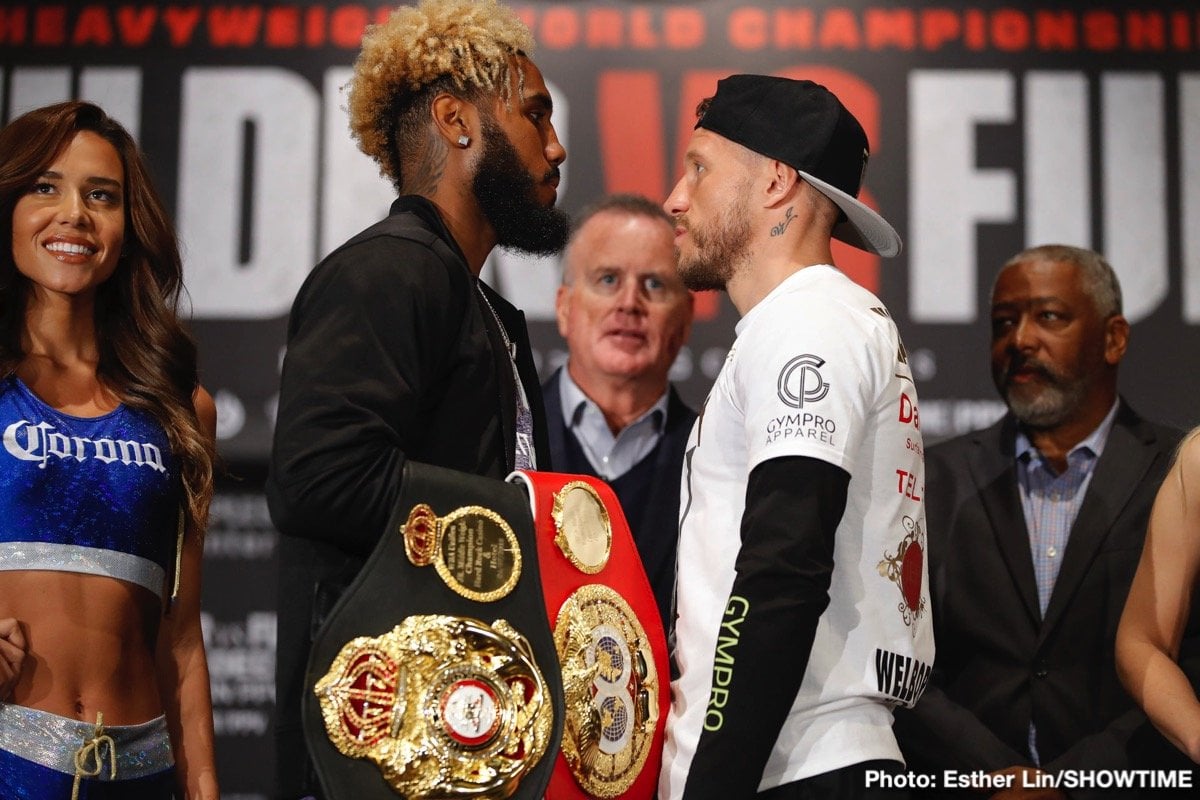 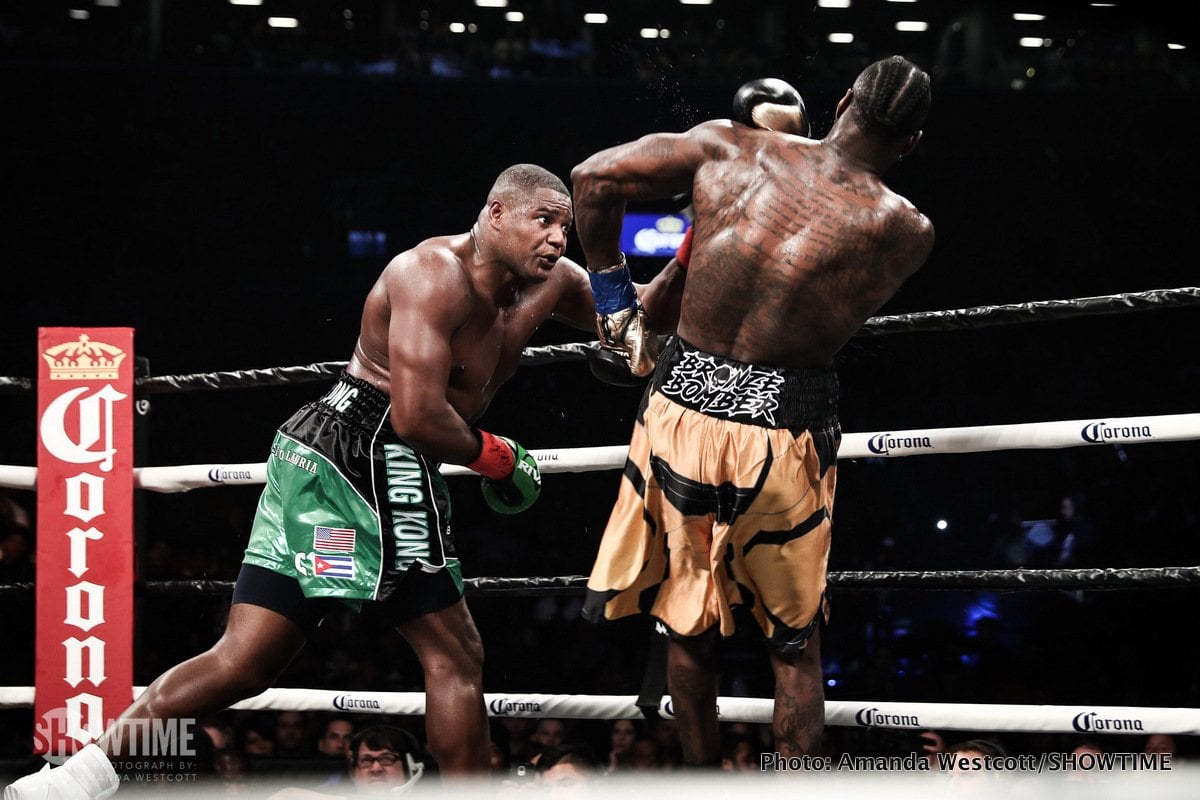 Heavyweight contender, Joe Hanks makes his return to the squared circle when he takes on Nick Guivas in a scheduled eight-round bout on Saturday night, November 5th at the Morristown National Guard Armory in Morristown, New Jersey.

The card will be the inaugural event promoted by Ambush Promotions.

Star Boxing & Choko Boxing are proud to announce the addition of a heavyweight co-feature bout on the highly acclaimed ESPN broadcast of Delvin RODRIGUEZ vs Joachim “Ti-Joa” Alcine on May 16th as part of five professional fights at Montreal’s Olympic Stadium. By James Slater, pohoto by Tom Casino/Showtime – Astonishingly, America has not been able to lay claim to even a portion of the heavyweight championship of the world for over half a decade. For not since Shannon Briggs lost his WBO title to Sultan Ibragimov in early 2007 has America – once the superpower of heavyweight boxing – held a major crown in the sport’s one-time glamour weight class.

Today, at the end of what has been an eventful 2012 for the young guns that might, just might be able to regain the prestigious championship, there are a handful of talented, hard working big men who, both individually and as a group of contenders, aim to bring the titles back home. At one point, for a good year or so, former linebacker turned heavyweight contender Seth Mitchell was looked at as the top dog, yet this young heavyweight was recently blasted out inside a couple of wild rounds by experienced Klitschko sparring partner and former cruiserweight title challenger Johnathon Banks.

Mitchell and Banks will meet again in February, but most good judges feel former Emanuel Steward-coached Banks, no slouch of a fighter, will repeat the win. But as dangerous and as durable as Banks is (unbeaten as a heavy, beaten just once as a cruiser), the former Kronk pupil will not be the man to end the reign of the mighty Klitschkos. Banks has more or less said he will not even try to land a fight with either sibling; so close to them is he (even adopting the role of head trainer for Wladimir, since the sad passing of Steward). Banks prefers a shot at “regular” WBA boss Alexander Povetkin. If he can topple the unbeaten Russian, Banks will no doubt get a hero’s welcome in the U.S, even if he will only have won a dubious at best version of the world title (everyone knows Wladimir is the REAL WBA champ).

So which of the other young (or youngish) and unbeaten (or close to it) U.S heavies are worth investing hope on when it comes to achieving world domination?