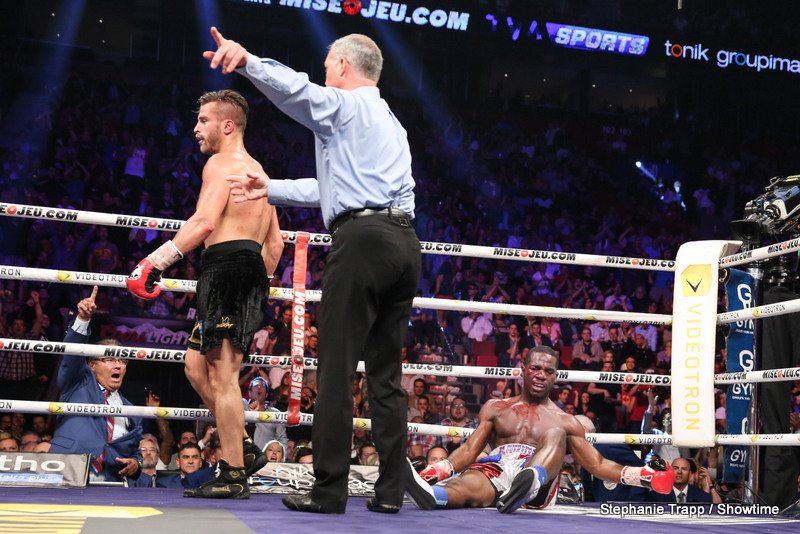 This Saturday on June 20th, #4 IBF David Lemieux (33-2, 31 KOs) will be fighting for a world title for the first time in his eight year pro career against #1 IBF Hassan N’Dam (31-1, 18 KOs) for the vacant IBF middleweight title at the Bell Centre in Montreal, Canada. The Lemieux vs. N’Dam fight will be televised on Fox Sports 2 and Fox Deportes.

Lemieux’s management has slowly been bringing him back since his losses to Marco Antonio Rubio and Joachim Alcine in 2011. Lemieux has since won his last eight fights against weak B and C level opposition. He hasn’t really been tested until now. N’Dam isn’t quite A-level in terms of talent, but he’s a good B level guy with excellent hand speed, and good mobility.

LOS ANGELES (June 3)- Eye of the Tiger Management and Golden Boy Promotions in association with King Sports Worldwide and Evenko are excited to announce the U.S. broadcast of the highly anticipated vacant IBF Middleweight World Championship match-up between the Quebec power puncher David Lemieux (33-2, 31 KOs) and number one contender Hassan N’Dam (31-1, 18 KOs) on FOX Sports 2 and FOX Deportes on June 20 at 10:00 p.m. ET from the Bell Centre in Montreal, Canada.

BoxNation has added the exciting clash between Quebec puncher David Lemieux and number one contender Hassan N’Dam for the vacant IBF middleweight world title on June 20 to its sizzling summer schedule.

Thank you very much, everyone. To all the media who is participating, we are extremely, extremely excited to announce today, an upcoming fight on June 20th live from the Bell Centre in Montreal, Canada: Lemieux vs. N’Dam. They will be fighting for the IBF vacant Middleweight World Title, and we are extremely proud to announce that this event is being presented by Eye of the Tiger Management and Golden Boy Promotions in association with Evenko. 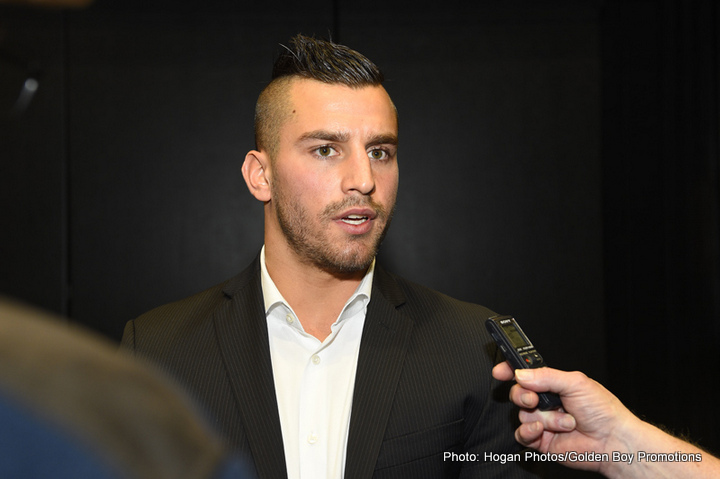 There have been some problems getting this fight together, promotionally – and with the rankings systems – but it would finally appear that the big punching Canadian David Lemieux (33-2, 31ko) and teak-tough Frenchman Hassan N’Dam (31-1, 18ko) are finally going to get it on – June 20, in Montreal, Quebec Canada.

For the French-Canadian fans it will certainly be a huge affair and a great fight stylistically with this fight representing the new Golden Boy Promotions signing attempting to make the jump from serious contender to bone-fide world champion. 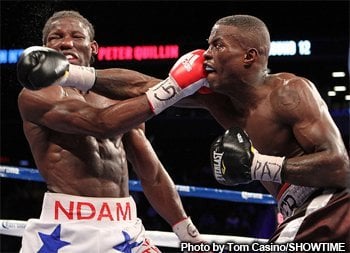 The picture at middleweight is largely dominated by four-weight world champion Miguel Cotto and long time WBA/IBO champion Gennady Golovkin. The third man in the division has to be seen as Andy Lee after his thrilling KO of previously undefeated Matt Korobov to win the vacant WBO share of the title. Therefore the IBF title, even if it was held by someone, wouldn’t hold much weight in the middleweight picture right now as that individual would be the fourth place champion on the list, and until a unification takes place it is not likely that they would have the opportunity to move up.

A few years ago, and 8 pounds north of his current weight class, Curtis Stevens was on a path leading to nowhere fast on the world level. Stevens, known for his power in both hands, struggled mightily with the likes of Jessie Brinkley and Marcos Primera.