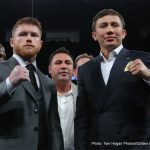 It appears that the oddsmakers weren’t impressed enough with Saul “Canelo” Alvarez’s recent win over Julio Cesar Chavez Jr. to pick him to beat IBF/IBO/WBA/WBC middleweight champion Gennady “GGG” Golovkin (37-0, 33 KOs) in their fight on September 16. Golovkin is the betting favorite going into the fight by the lines -175 to Canelo’s +145. 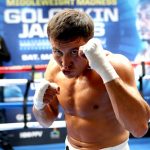 It remains the most fascinating, talked about match-up in boxing, even if we all know it will never take place: Floyd Mayweather Vs. Gennady Golovkin. From before his 2015 “retirement” up to the present day, fight fans and experts alike, when asked to list the one fight match-up they’d most like to see made, reply a Mayweather-GGG clash. 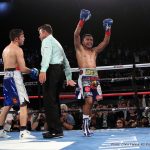 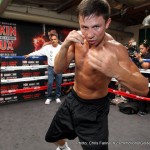 Middleweight champions Gennady “GGG” Golovkin and Danny Jacobs have reached a deal for the two of them to fight each other early next year in the first quarter on March 18th on HBO PPV from Madison Square Garden in New York, Boxing 247 is happy to report. This is the fight that the fans have been waiting for. 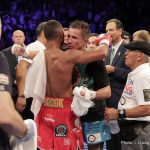 Who next for middleweight ruler Gennady Golovkin? Unfortunately, it won’t be the man, the opponent, we all want it to be, as Mexican superstar Saul Canelo Alvarez insists he needs time to fully develop into a fully-fledged 160-pounder and as a result this particular super-fight will not happen until next September at the earliest (if ever!). So GGG will look to stay active against the best available opposition.