Filip Hrgović (5-0, 4 KOs) will face his biggest test on September 8 when he meets Scotland’s Gary Cornish (25-2, 13 KOs) for the WBC … read more “Hrgoviv vs Cornish on September 8 in Zagreb”

Last night in Edinburgh, Scotland 33 year old Sam Sexton won the vacant British heavyweight title with a grueling 12 round points win over Scottish hero Gary Cornish. After 12 at times exciting, at times messy rounds, Sexton of Norwich prevailed by scores of 116-113, 116-114 and 115-114.

Tickets are now on sale as Top Scottish Trio Connor Law, Eddie Doyle and Jamie Wilson are featured on the undercard of “History in the Making”- Gary Cornish Vs Sam Sexton, British Heavyweight Title on Saturday 20th May 2017

Connor from Fife is getting the opportunity after his recent outstanding win on the Josh Taylor undercard. The “Lawman” is hoping to extend his unbeaten record as he progresses towards a British Title Eliminator. 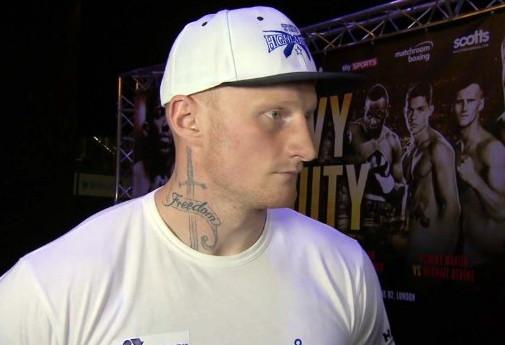 Too much rolling of eyes, this notice was, (amongst others), posted on the BBBoC site a few days back –

The Stewards decided to put out the above contest to purse bids to be submitted in accordance with the Terms and Conditions attached to the Board’s Head Office by 12:00noon on Wednesday, 8th March 2017, the contest to take place by the end of June 2017.

Provided they both come through their fights on Saturday night, against Gary Cornish and Brian Minto respectively, then unbeaten British heavyweight prospects Anthony Joshua and Dillian Whyte, will clash in London on December 12th for the British and Commonwealth heavyweight titles.

The eagerly anticipated dust-up between the old foes, largely stemming from an old amateur rivalry that saw Whyte beat Joshua in 2009, provided a taster of the bad blood to come at today’s presser to promote Saturday’s card, when Whyte told Joshua, ‘You’re getting hurt in December.”

Anthony Joshua MBE says his mind is solely on picking up his first major belt when he takes on Gary Cornish for the vacant Commonwealth Heavyweight title at The O2 in London tomorrow night (September 12) live on Sky Sports.

The duo lock horns for the strap on the biggest night of their professional careers, and fellow unbeaten Heavyweight Dillian Whyte also in action on the bill against Brian Minto, ready to face the victor for the vacant British title at the same arena on December 12.

Gary Cornish says he’ll do his talking in the ring and end Anthony Joshua’s rise in the Heavyweight division when they clash for the vacant Commonwealth title at The O2 in London on September 12, live on Sky Sports.

Matchroom Boxing have big plans for undefeated heavyweight prospect Anthony Joshua, who enters his first significant title fight on September 12th, when he fights Scotland’s Gary Cornish for the vacant Commonwealth heavyweight strap at the O2 in London.

After destroying American veteran Kevin Johnson inside two rounds in May in what was meant to be his toughest test yet, the former Olympic gold medalist feels he is on a faster than anticipated career arc, possibly eyeing a world title shot towards the end of 2016/early 2017 should everything go as planned.

Anthony Joshua MBE and Gary Cornish came face-to-face for the first time ahead of their clash for the vacant Commonwealth Heavyweight title at The O2 on Saturday September 12, live on Sky Sports.

The Highlander faces Hungarian Zoltan Csala for the IBO intercontinental championship at Glasgow’s Bellahouston Leisure Centre on Saturday, May 23.