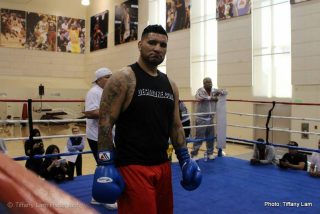 This Saturday sees the return of “The Nightmare” Chris Arreola, fighting in a 10 round contest against relative unknown Fred Kassi in El Paso, Texas on the undercard of Carl Frampton’s IBF 122 lb title defence against Mexico’s Alejandro Gonzalez Jr.

The now 34 year old Mexican-American heavyweight is at something of a dead-end in terms of his career, following the peak five or six years ago, that saw him fail in a challenge to then-WBC champion Vitali Klitschko in September 2009.

His most recent world title challenge 14 months ago, a rematch with ex-champ Bermane Stiverne, also ended in failure, with Arreola now seemingly reduced to gate-keeper status in boxing’s marquee division.