Sam Eggington and Frankie Gavin will clash in an all-Birmingham Welterweight championship fight on a stacked card at the Barclaycard Arena in Birmingham on October 17, live on Sky Sports. 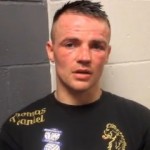 Britain’s former world amateur champion Frankie Gavin, who was soundly beaten by Kell Brook in his challenge to the IBF welterweight champion back in May, has tipped the Sheffield man to beat Amir Khan should the all-British mega-fight finally come off next year.

Khan has recently been snubbed once again by Floyd Mayweather, who fights Andre Berto in September, and is still stubbornly refusing to fight Brook until he fights what he deems “a big enough name.” 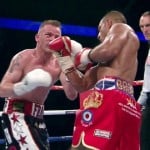 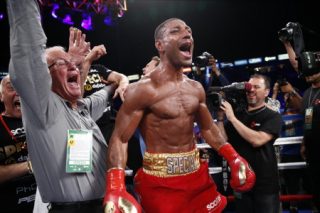 Sheffield’s IBF 147lb champion Kell Brook has spoken out at today’s presser to promote his headline title defence against Frankie Gavin on Saturday’s ‘Rule Britannia’ card promising that he is ready, in shape and intending to look good when he steps out under the bright lights of London’s O2 Arena.

Brook, who destroyed mandatory challenger Jo Jo Dan in style back in February, has tweeted previously that he can see this one ending inside 3 rounds – yet whatever ends up happening in the ring against the former world amateur champion – he is promising that he has come to fight on Saturday.

“It’ll be all action from me. It’s a Box Office card and all these fans (are) coming out, so I’m expecting Frankie Gavin to give the fans what they want – and that’s an all action fight.” 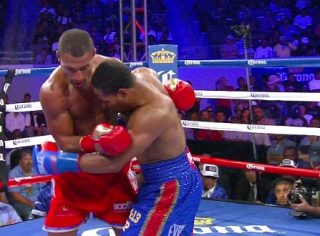 The confident Sheffield man, who destroyed mandatory challenger Jo Jo Dan back in February has predicted an early finish to the fight, tweeting recently that he doesn’t expect things to go beyond the first 9 minutes.

This Saturday sees the Matchroom Sport ‘Rule Britannia’ show from London’s O2, which will be co-headlined by IBF 147lb champion Kell Brook, defending his title against countryman Frankie Gavin.

Ahead of the bout, the former world amateur champion spoke to fighthype.com to say he plans on grabbing his opportunity with both hands, insisting he will get to Brook, who – just a couple of days ago – tweeted he would end Gavin inside 3 rounds. 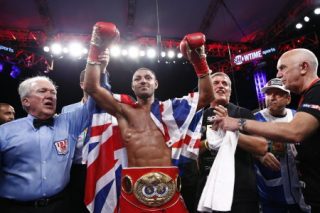 In the latest of his frequent trips to the Garcia Boxing Academy in Oxnard, CA, ES News reporter Elie Seckbach has done a fan Q & A via twitter with head coach Robert Garcia to address various issues – one of which being the possibility of his fighter Brandon Rios (33-2-1, 24ko) facing IBF 147 champion Kell Brook.

Brook fights against countryman Frankie Gavin on May 30th in a voluntary defence of his title following his crushing of mandatory challenger Jo Jo Dan in February. It is a match that has been questioned by some quarters for it’s validity, although it’s worth remembering that the Dan fight in February was Brooks first since being viciously slashed to the leg with a machete last year on holiday following his title win over Shawn Porter last August and promotional mechanics have certainly had a part to play. 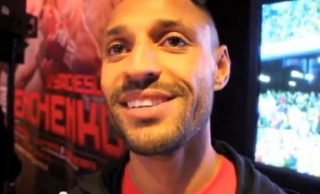 Whether or not he chooses to use his former “funtime” moniker on May 30th, IBF world welterweight challenger Frankie Gavin has insisted he will be all business when he steps between the ropes to face Kell Brook at London’s O2 on Matchroom Sports bumper triple-header-world title card.

It’s no secret Gavin is going to be up against it fighting the slick Wincobank world champion who was excellent last time out returning from a nasty stab wound to the leg to destroy limited mandatory challenger Jo Jo Dan.

The former world amateur champion, who has long been criticised for not fulfilling his obvious potential in the paid ranks, has spoken to Sky Sports about the fight – promising he will be the man to upset Brook on the night.