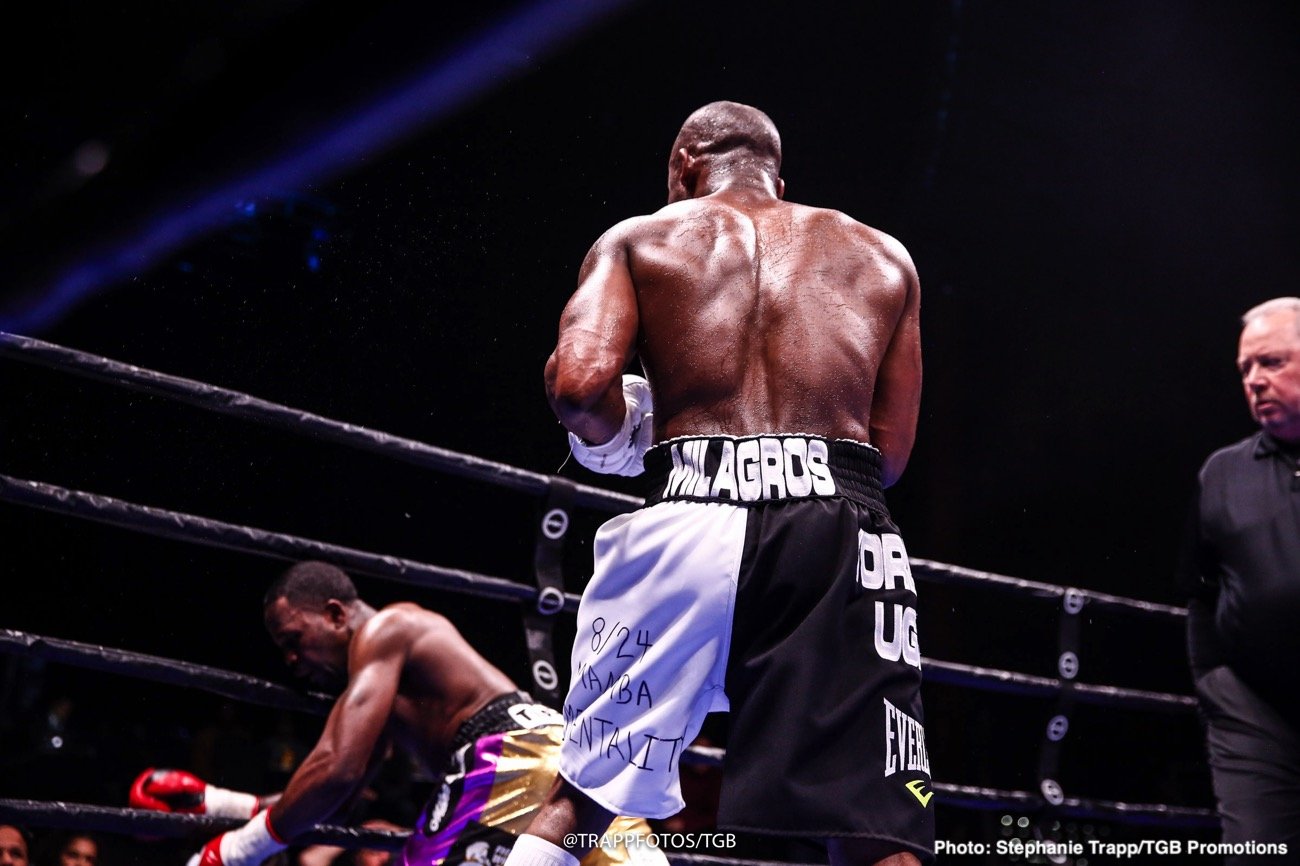 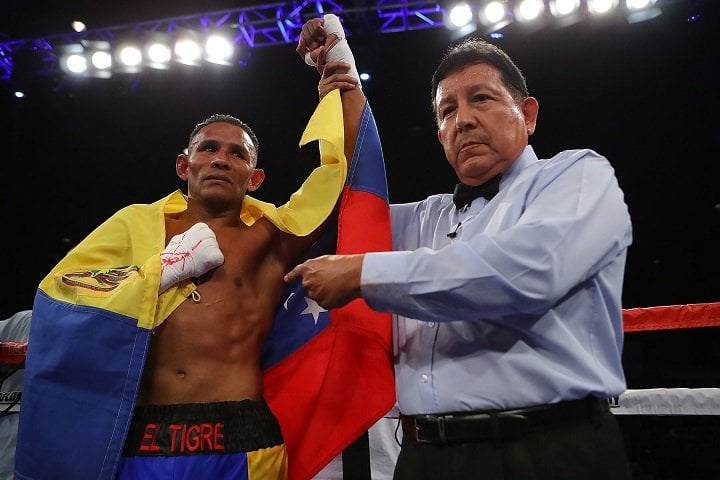 Ismael Barroso (20-1-2, 19 KOs) demonstrated power in both hands as he landed a devastating liver shot to stop Fidel “The Atrisco Kid” Maldonado, Jr. (24-4-1, 19 KOs) in the sixth round of a scheduled 10-round super lightweight fight in the main event of Golden Boy Boxing on ESPN at Fantasy Springs Resort Casino. Besides dropping his opponent with a fight-finishing body punch, Barroso also landed a series of left hands to drop the Albuquerque, New Mexico native in the third round as well. The fight was a tactical battle between two southpaws, but the native of El Tigre, Venezuela was too powerful for Maldonado, Jr. to handle.

After capturing the WBC FECARBOX Super Lightweight title just less than two months ago, Fidel “The Atrisco Kid” Maldonado, Jr. (24-3-1, 19 KOs) will put his belt on the line against former Interim World Lightweight Champion Ismael Barroso (19-1-2, 18 KOs) in the 10-round main event of the October 13 edition of Golden Boy Boxing on ESPN at Fantasy Springs Resort Casino in Indio, California. ESPN Deportes will air live coverage of the fights beginning at 10:00 p.m. ET/ 7:00 p.m. PT, while ESPN3 will live stream all the fights beginning with the undercard bouts at 8:30 p.m. ET/5:30 p.m. PT.

Hometown favorite Fidel “The Atrisco Kid” Maldonado Jr., (20-3, 17KOs) of Albuquerque, N.M, who will be moving to the lightweight division, will return to The Buffalo Thunder Resort Casino, in Santa Fe, N.M. this Saturday, Jan. 30. Maldonado Jr. is scheduled to face the battle tested and lightweight titlist Michael “Cold Blood” Clark (44-14-1, 18 KOs) of Columbus, Ohio in an eight-round battle in front of a sold out crowd. This will be the second time “The Atrisco Kid” will fight at the resorts after a first-round knockout victory over Lowell Brownfield in September 2015.

Fidel “The Atrisco Kid” Maldonado Jr. (20-3, 17 KOs) of Albuquerque, New Mexico, signed a multi-year multi-fight promotion contract with Golden Boy Promotions today. Fresh off a victory against Lowell Brownfield in September, Maldonado Jr. is ready to continue on his journey to championship glory.