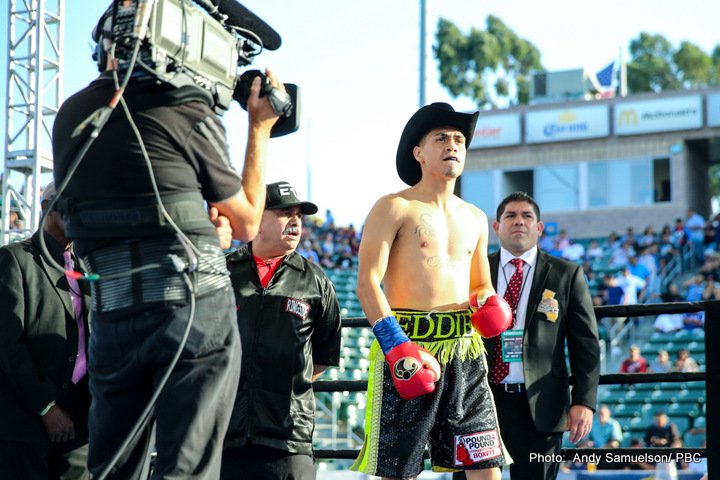 Once-beaten contender Eddie Ramirez will take on former world champion Argenis Mendez in a 10-round super lightweight showdown that headlines Premier Boxing Champions on FS1 and FOX Deportes Saturday, May 26 from Beau Rivage Resort and Casino in Biloxi, Mississippi

Undefeated rising junior welterweight contender Eddie Ramirez (17-0, 11 KOs) will step up and take on former world champion Antonio DeMarco (32-6-1, 23 KOs) in a 10-round match to open the television broadcast of the Premier Boxing Champions card on FOX and FOX Deportes on Saturday, Oct. 14 from StubHub Center in Carson, Calif.

Unbeaten prospect Eddie Ramirez has made big leaps towards his world title dreams in the last year and he will continue on his path on Tuesday, June 20 when he takes on Erick Bone in the main event of Premier Boxing Champions TOE-TO-TOE TUESDAYS on FS1 and BOXEO DE CAMPEONES on FOX Deportes from Sam’s Town Live in Las Vegas. 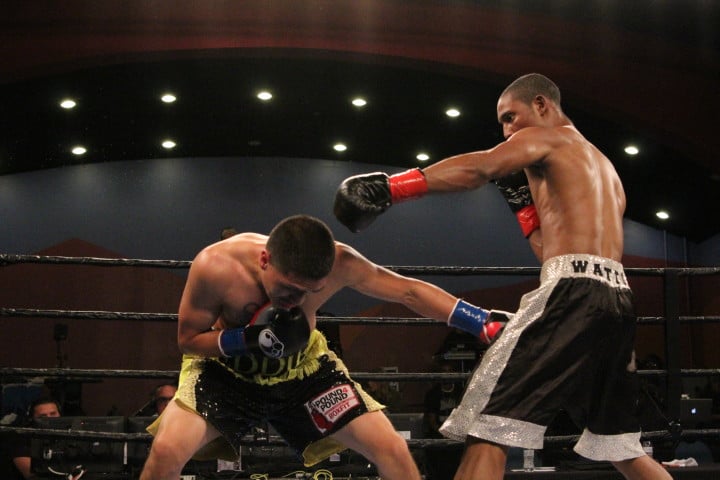 Chicago’s Eddie Ramirez (15-0, 10 KOs) scored a seventh round knockout of Kevin Watts (11-1, 4 KOs) in a battle of unbeaten super lightweight prospects that served as the main event of Premier Boxing Champions TOE-TO-TOE TUESDAYS on FS1 and BOXEO DE CAMPEONES on FOX Deportes Tuesday night from Robinson Rancheria Resort and Casino in Nice, California.

Ramirez was determined to be the busier fighter, but it was Watts who scored the first big blow of the night when he caught Ramirez with a right uppercut that dropped his opponent for the first time in his career.

Televised coverage begins at 8 p.m. ET/5 p.m. PT and will feature exciting undercard bouts that will be announced shortly.