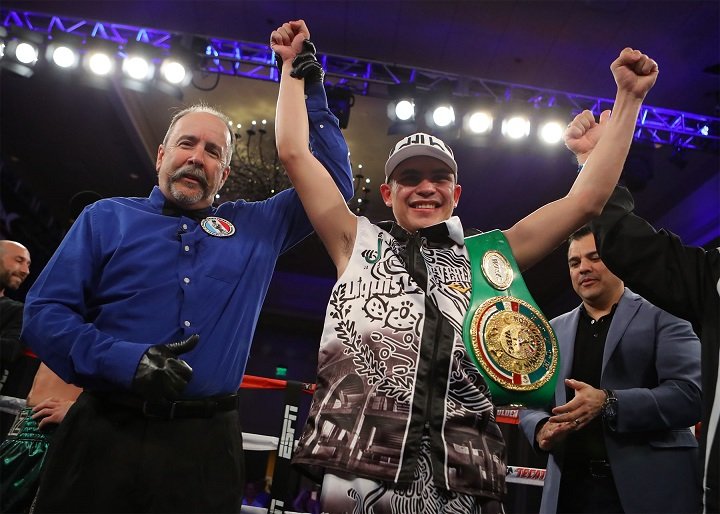 Golden Boy Promotions Chairman and CEO Oscar De La Hoya was in attendance along with Los Angeles Lakers NBA star Metta World Peace for the sold-out event at Casino Del Sol that was televised nationally on ESPN with commentary by future Hall of Famer and legendary fighter Bernard Hopkins and Bernardo Osuna. 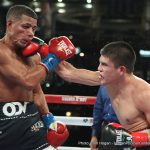 Mexicali’s Diego De La Hoya (16-0, 9 KOs) came out in full force in his WBC Youth Super Bantamweight title defense against Luis “Orlandito” Orlando Del Valle (22-3, 16 KOs) of Baymon, Puerto Rico as the HBO Pay-Per-View telecast opener on Mexican Independence Day weekend. As a classic Mexico vs. Puerto Rico boxing match rivalry, there wasn’t a single dull moment in the De La Hoya vs. Del Valle matchup as both fighters were relentless in the ring. In round six, after deflecting punches, Del Valle stumbled back in the ring with De La Hoya continuing to go after him. In the end, De La Hoya’s aggression made all the difference as the judges announced a unanimous decision victory for Diego De La Hoya.

The bout opens the Saul “Canelo” Alvarez –Liam Smith HBO pay-per-view telecast Saturday, September 17 from AT&T Stadium in Arlington, TX and is scheduled for ten rounds. Del Valle, who fought on HBO and Showtime on multiple occasions, considers this bout the most important of his career as he’s facing a foe that is in a position he himself was once in. 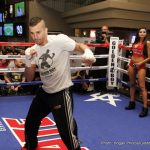 LOS ANGELES (April 20, 2016) – A thrill-packed night of fights await fans at the new state-of-the-art T-Mobile Arena in Las Vegas on Saturday, May 7. The night will heat up as undefeated rising stars Diego De La Hoya (13-0, 7 KOs) of Mexicali, Baja California and Jason “El Animal” Quigley (10-0, 9 KOs) Donegal, Ireland are set to headline the preliminary undercard in respective career-defining fights set to test them like never before.