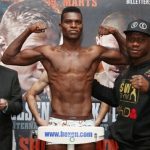 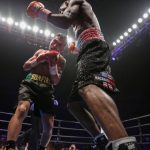 (Photo Credit: Nabeel Ahmad/Premier Boxing Champions) The scene was set for the 2012 U.S. Olympian and Team Captain Jamel “Semper Fi” Herring to take his career to the next level on this Fourth of July weekend but it wasn’t meant to be for the former U.S. Marine, who did two tours of duty in Iraq. The two-time world title challenger Denis Shafikov punished Herring before his corner stopped the one-sided bout 36 seconds into the tenth and final round after Shafikov crushed Herring with two consecutive powerful left hooks that badly staggered him. 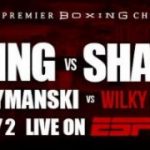 Both fights ended in less than satisfactory matters with Shafikov and Gassiev coming up short despite putting on dominating performances. 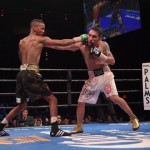 (Photo Credit: Jann Hendry/Premier Boxing Champions) Las Vegas (December 18) – The “force” was with Cuban star and newly crowned lightweight world champion Rances Barthelemy (24-0, 13 KOs) as he won a 12-round unanimous decision over Russian southpaw Denis Shafikov (36-2-1, 19 KOs) in the headlining bout of the final Premier Boxing Champions (PBC) on Spike fight card of 2015. The four-fight telecast, which was supported by non-televised fights featuring some of Mayweather Promotions’ rising stars, took place at the Pearl at Palms Casino Resort in Las Vegas.