Behind a precise and rabbit quick jab, Roman (20-2-1, 7 KOs) outpointed the always-game Enrique Quevedo (16-8-1, 10 KOs). With the one sided win, Roman pushes his winning streak to thirteen and likely moves up the WBA rankings where he sat at number eight entering Friday’s fight.

“I know I belong with the best,” said Roman, who is getting closer to landing a big fight in the 122-pound division. “Quevedo couldn’t hit me and he never seemed comfortable.”

NABA Champion Danny Roman enters next week’s title defense well prepared, as he recently spent time in the gym with big names such as Leo Santa Cruz and Jhonatan Romero. 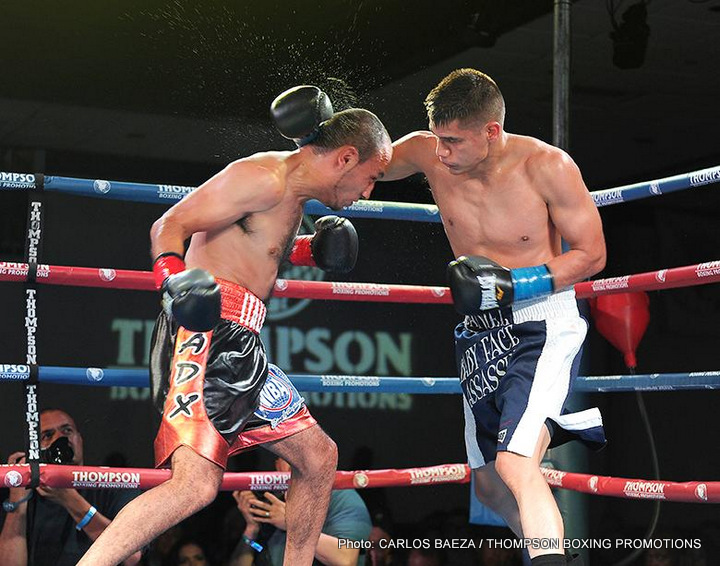 For the second time in as many years, NABA Champion Danny Roman (18-2-1, 6 KOs) is featured on Thompson Boxing Promotions anniversary show.