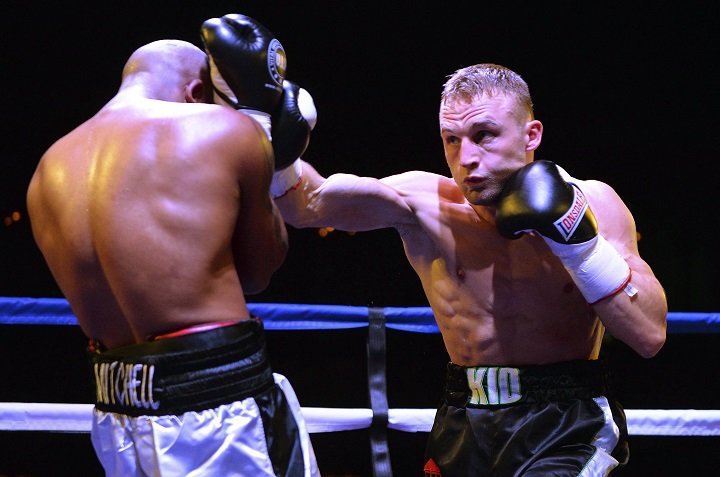 A break-out fight has been a long time coming for Liverpool’s super-welterweight hope JJ Metcalf and he does not intend to profligate, writes Glynn Evans.

Leeds’ Damon Jones claims he will win the British middleweight title this Saturday (July 25) at Derby Arena in memory of his late father, Gareth, who sadly passed away last October.

The unbeaten challenger faces champion Nick Blackwell in what will be his first title fight and, despite a difficult last nine months, believes he has come to terms with his tragic loss and is more than ready to lift the Lonsdale belt.

New British middleweight champion Nick Blackwell has dared challenger Damon Jones to try and keep up with the pace he sets when they collide on July 25 at Derby Arena, LIVE on Channel 5.

Middleweight challenger Damon Jones believes age will be no barrier when he steps up in class to face British champion Nick Blackwell on July 25 at Derby Arena, LIVE on Channel 5.

The promising 22-year-old has looked faultless so far in his professional career – winning 13 bouts on the spin – but has yet to go past six rounds and has yet to meet a competitor quite like Blackwell. Not that it matters in Jones’ mind, of course.

Damon Jones is ready to show his hometown fans “exactly” what he can do at Leeds Town Hall on May 17.

The Leeds fighter, who fights on the undercard to the MaxiNutrition Knockout semi-finals, live on Channel 5, feels it is great for the city and is motivated to be fighting on the same card as fellow hometown fighter and British light heavyweight champion Bob Ajisafe.