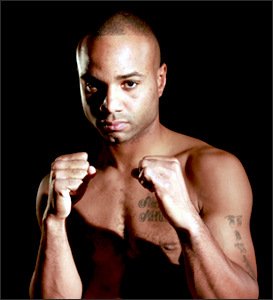 This Saturday in Hull, America’s Carson Jones once again comes to the UK to face former 154 lb world title challenger Brian Rose, in what will be a “repeat or revenge” affair following on from their first meeting back in February.

On that occasion the Blackpool fighter wobbled the American early in the opening stanza, yet moments later Jones managed to connect over Rose’s guard with a big right hand that landed on the ear and scrambled his senses, forcing the intervention of referee Ian John Lewis – a stoppage Rose and promoter Eddie Hearn claimed was premature.

Read moreCarson Jones: Back on UK Shores to Cause the Upset

Eddie Hearn, the promoter for Matchroom Sports had an interview with IFL TV this Monday after the 1st round stoppage of former world title challenger Brian Rose. Rose stepped in with journeyman Carson Jones who has been remembered after 2 losses to IBF champion Kell Brook. After an awfully bad start for Jones, which saw him rocked, and hurt early, he then would come back and win by TKO in the same round. Rose was certainly hurt in the fight, but the stoppage was controversial as he was not given a chance to fight back or prove that he was in position to survive the round and come out again for the second. Usually you see experienced fighters like Rose given a moment to see where they are at before the referee jumps in.

Read moreEddie Hearn weighs in on the controversial Rose stoppage

Disaster struck for Blackpool’s Brian Rose tonight when Carson Jones, 37-10-3 (27KO’s) dramatically stopped him inside the first round.

Rose, 26-3-1 (8KO’s) was stepping in the ring for only the second time since his unsuccessful WBC World light middleweight title tilt against Demetrius Andrade, when he was stopped in 7. The first of which was an encouraging first round stoppage over Ignacio Lucero Fraga in Leeds in October.

Blackpool star wants second crack at the big one

Brian Rose wants a win over Carson Jones to lead to a second World title shot after they clash at the Winter Gardens in Blackpool tomorrow night, live on Sky Sports.

Read moreRose: I have to get another World title shot

Brian Rose has told Carson Jones he is in for a hostile reception when they clash for the WBC International Light Middleweight title on Saturday (February 14) at the Winter Gardens, live on Sky Sports.

Read moreRose: The roof will come off in Blackpool

Carson Jones says he will land his first win on UK soil against Brian Rose on Saturday night at the Winter Gardens in Blackpool, live on Sky Sports.

Read moreJones: Rose will be my first UK victim

Brian Rose says his clash with Carson Jones on February 14 at the Winter Gardens in Blackpool live on Sky Sports is a must-win contest if he wants to fulfil his World champion ambitions.

Eddie Hearn and Matchroom have taken the opportunity of what promises to be a raucous occasion to assemble a deep card, packed with notable names from their growing stable.

Returning to action in the chief supporting bout, this time at Light Welterweight is former two-weight World Champion Ricky Burns. The Scotsman contests what appears to be a routine 8-rounder against Frenchman Alexandre Lepelly (17-1-1 3KO’s). Burns (36-4-1 11KO’s) now under the tutelage of Tony Sims, comes into the fight on the back of 3 straight defeats (If you correctly count the Raymundo Beltran debacle as a defeat) and will take the opportunity to feel his way into a new weight class, against a fighter not renowned for his punching ability.

Duo promise to bounce back from defeats

Ricky Burns and Brian Rose are back in action on Saturday night and determined to bounce back from defeats in style as they box at the First Direct Arena in Leeds on Saturday night, live on Sky Sports in association with Grosvenor Casinos.

Read moreBurns and Rose eager to get back to winning ways 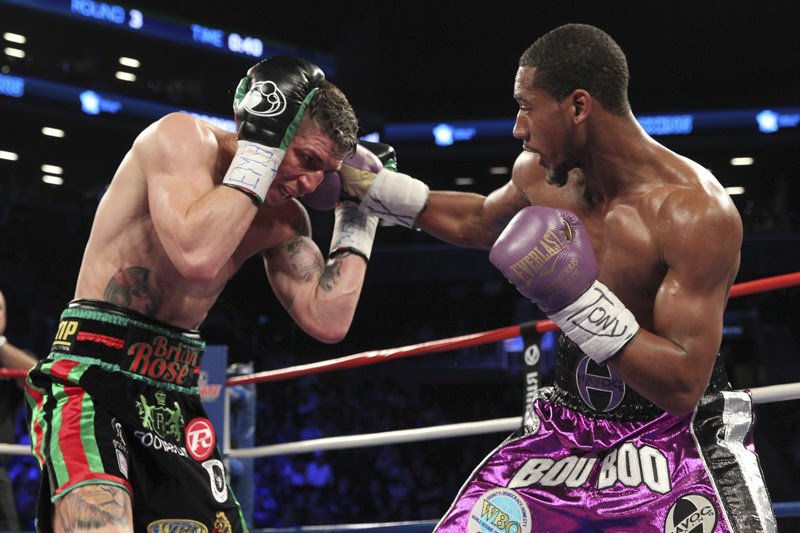