Two fighters—one in the Lightweight division and one in the Middleweight—will be named Boxcino 2014 Champion and receive the Boxcino 2014 championship belt on May 23, when ESPN Friday Night Fights presented by Corona Extra and ESPN Deportes’ Noche de Combates presentado por Corona Extra features the finals of Boxcino 2014 sponsored by 1800 Tequila. 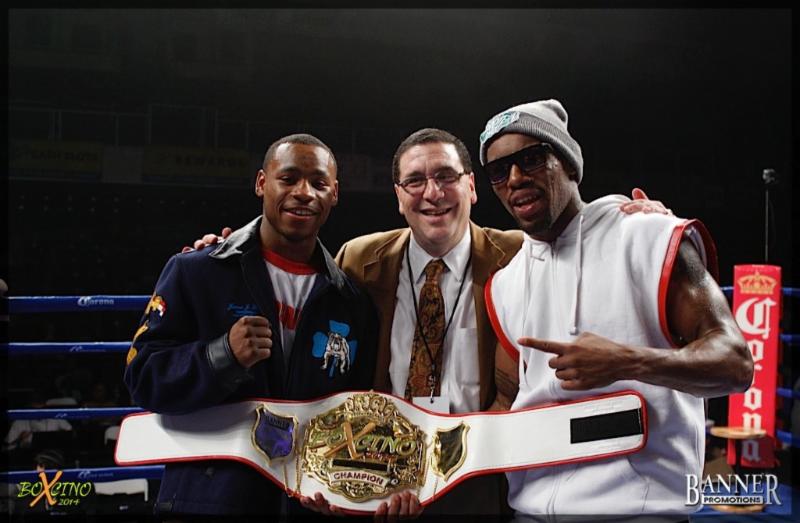 Brandon Adams and Willie Monroe Jr. each took home decision victories and punched their tickets to the finals of Boxcino 2014.

The finals will take place at the same venue as the semifinals, that being the Turning Stone Resort and Casino and is promoted by Banner Promotions and the semifinals were broadcast on ESPN 2.

The finals will take place on May 23 as will the lightweight finals that will feature Fernando Carcamo and Petr Petrov. Both bouts are scheduled for 10 rounds.

Adams scored an exciting 8-round split decision over Raymond Gatica while Monroe boxed his way to an 8-round unanimous decision over previously undefeated Vitalii Kopylenko.

Two undefeated fighters remain in the Boxcino 2014 Middleweight tournament. Brandon Adams of Los Angeles raised a lot of eyebrows with his 4th round stoppage over Daniel Edouard in the quarterfinals that took place on February 28 in Hammond, Indiana.

HAMMOND, IND (March 3, 2014)–Middleweights Brandon Adams, Raymond Gatica and Vitalii Kopylenko scored stoppages while while Willie Monroe Jr. scored a 6 round unanimous decision as all four advanced to the semi-finals of Boxcino 2014 that highlighted a great night of boxing at the Hammond Horseshoe Casino.

Monroe Jr. scored a 6 round unanimous decision over Donatas Bondas.