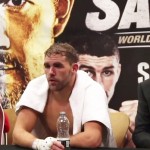 WBO Middleweight World Champion Billy Joe Saunders will no longer feature on the Saturday 8th July show at the Copper Box Arena after his mandatory challenger Avtandil Khurtsidze was arrested in New York. 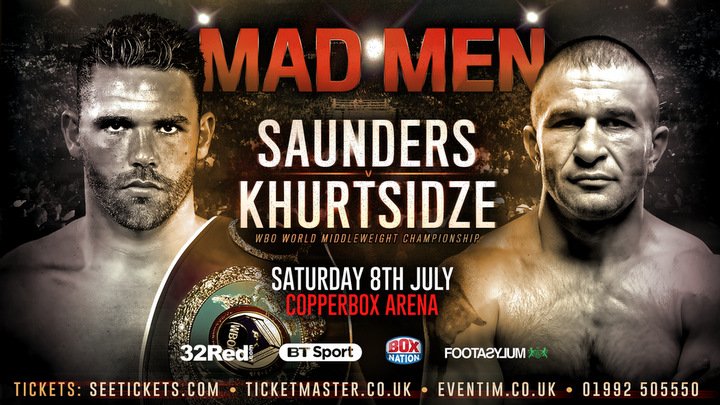 Billy Joe Saunders has been warned that his dreams of facing the winner of Canelo Alvarez v Gennady Golovkin will be ruined by the desire of Avtandil Khurtsidze. 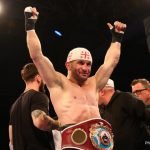 Hatfield’s Saunders (24-0, 12 KOs) defeated Irish hero Andy Lee to take the WBO strap in a close and absorbing fight back in December 2015 that saw the undefeated star floor the former Champion twice in the third round and go on to claim a majority decision from the judges.

Khurtsidze – a short, stocky beast of a boxer – silenced the Leicester Arena crowd on Saturday by heavily flooring Birmingham’s Tommy Langford with a brutal left hand early in the fifth round to secure the vacant Interim strap.

It was an eventful weekend for DiBella Entertainment (DBE) that spanned two continents, and saw the beginning of one career and a career-best victory for another. In addition to promoting the Showtime Championship Boxing event, headlined by Shawn Porter vs. Andre Berto at Barclays Center, in Brooklyn, NY, DBE saw one of its fighters, 2016 United States Olympian Charles Conwell, make his pro debut and begin his journey toward a world title, while another, Avtandil Khurtsidze, capture the interim WBO world middleweight championship across the pond in Leicester, England. 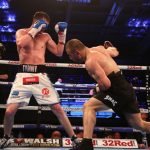 Khurtsidze was losing the fight until connecting with a hard left to the head of Langford that put him down on the canvas. Langford sprang back to his feet only to have referee Phil Edward stop the fight. Langford was none too happy about the fight being stopped. He wanted to continue fight, and for good reason, he was winning.

It might be wise to avoid mentioning to Tommy Langford that he’s fighting for a ‘diluted’ version of the world middleweight title when he fronts up to heavily avoided Georgian Avtandil Khurtsidze for the vacant WBO interim strap at Leicester Arena on Saturday week, writes Glynn Evans.

New York, NY (3/11/16) – The last two years have been somewhat of a roller coaster ride for Avtandil Khurtsidze. A native of Kutaisi, Georgia, Khurtsidze moved to Brooklyn at the beginning of 2014 to resume his promising boxing career that had been put on hold for two and a half years following his December 2011 win over Ossie Duran for the vacant WBC Silver middleweight championship. Khurtsidze signed with DiBella Entertainment and got his career back on track in July of that year. Over the next 13 months, Khurtsidze scored four consecutive knockout victories, as he awaited a shot against one of the top names in the 160lb. division. 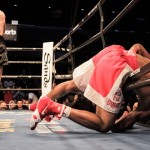 The undefeated Philadelphia native put on a clinic, breaking down his opponent from the opening bell until referee Gary Rosato stepped in to protect a defenseless Matano (16-2, 5 KOs) at 2:24 of the seventh. Williams (23-0-1, 14 KOs) utilized a steady diet of combos, jabs and body shots in the middle rounds to weaken Matano and set up the big shots to close the show in the seventh. VIDEO HIGHLIGHTS: http://s.sho.com/1QzbBBb