George Groves (22-3, 17 KOs) got his career back on the tracks tonight in beating little known Italian Andrea Di Luisa (18-4, 14 KOs) by a 5th round knockout in the main event at the Copper Box Arena in London, England. Groves, 27, gave Di Luisa a bloody nose in the process of knocking him down three times in the fight. 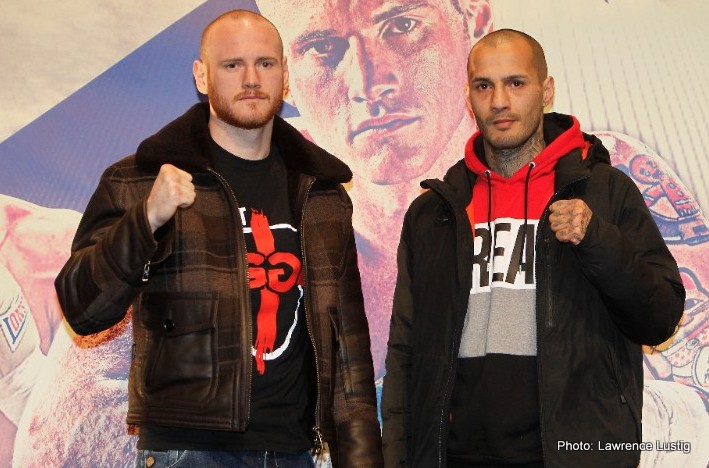 George Groves says he’s ready to meet his domestic rivals at Super-Middleweight as he returns to action at the Copper Box Arena in London’s Queen Elizabeth Olympic Park, live on Sky Sports – if the clashes lead to World title fights.

Groves faces Andrea di Luisa in east London in his first fight since his slender loss against Badou Jack in Las Vegas in September, and the three-time World title challenger accepts that it’s going to take a few fights to get back to the level he wants to operate at. 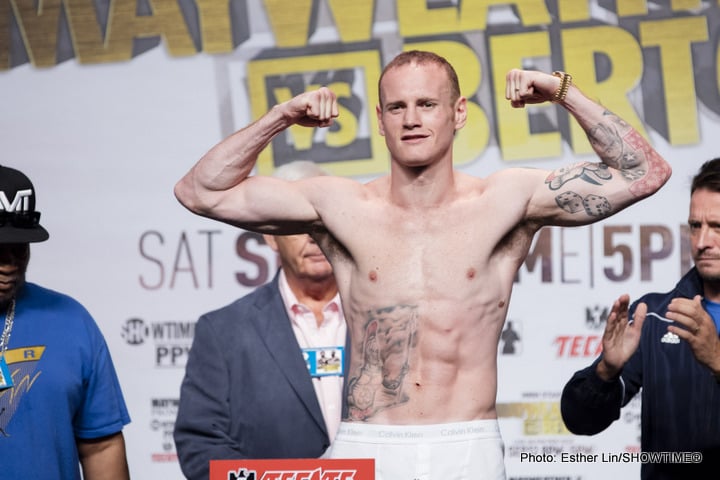 Former three-time world title challenger George Groves (21-3, 16 KOs) will be looking to rejuvenate his career tonight against his B-side opponent Andrea Di Luisa (18-3, 14 KOs) in their 12 round fight in the main event at the Copper Box Arena in London, UK.

Groves is reloading for another world title shot after losing his last attempt against WBC champion Badou Jack last year. Groves has had rotten luck when fighting for world titles, as he was twice beaten by former world champ Carl Froch and then recently Groves lost to Badou Jack. 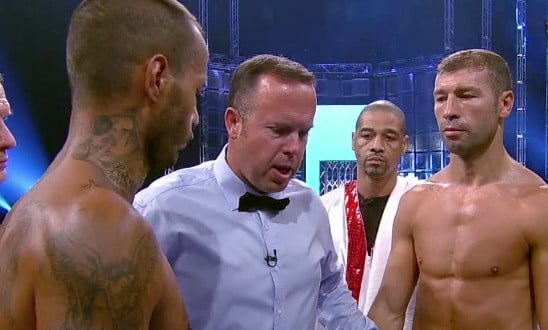 Former IBF 168lb champ Lucian Bute (32-2, 25 KOs) came out on top tonight in defeating Italy’s Andrea Di Luisa (17-3, 13 KOs) by a 4th round TKO after Di Luisa’s corner threw in the towel in the 4th round at the Bell Centre in Montreal, Canada.

Bute knocked the 33-year-old, Ink-covered Di Luisa down with a left to the head in the 4th. Di Luisa got to his feet at the count of 8. When asked if he was okay, Di Luisa appeared to shake his head. The referee let it continue anyway. Moments later, Di Luisa’ corner threw in the towel and the fight was halted at 1:53 of the round. Bute was slightly hurt by a left hand from Di Luisa before the knockdown. The shot had Bute backing up, but he wasn’t badly hurt but he clearly was stunned by the shot from the Italian fighter.

MONTRÉAL (August 12, 2015) – Only three days prior to their Premier Boxing Champions on NBCSN fights, participating boxers on the August 15 card at Bell Centre in Montreal held a press conference Wednesday at the Montreal Casino.

Televised coverage is headlined by a 10-round showdown between Lucian “Le Tombeur” Bute (31-2, 24 KOs) and Andrea Di Luisa (17-2). Also featured on NBCSN is light heavyweight contender Eleider “Storm” Alvarez (17-0) versus Isidro Ranoni “El Guerrero” Prieto (24-0-3) in a 12-round bout for the WBC Silver belt.