By Michael Collins: Eddie Hearn, the promoter for IBF super middleweight champion Carl Froch, is hoping the International Boxing Federation will allow Froch to temporarily bypass his IBF mandatory challenger Adonis Stevenson in order to try and get a rematch with former IBF champ Lucian Bute. However, it’s unclear whether the IBF will allow Froch to skip the Stevenson bout and it’s also unknown if Bute even wants the Froch rematch right now. 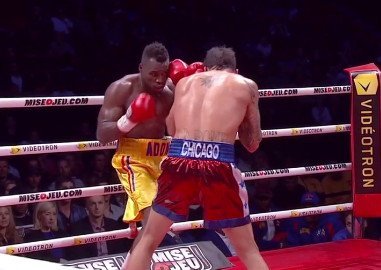 By Joseph Herron – After becoming the mandatory IBF title challenger by knocking out Super Middleweight contender Don “Da Bomb” George on October 12th at the Bell Centre in Montreal, Quebec, Canada, Adonis “Superman” Stevenson (19-1, 16 KOs) is ready to take on the best at 168 according the his friend and trainer Javan “Sugar” Hill.

“Adonis showed me a lot in his victory over Don George,” professes the nephew of boxing legend Emanuel Steward. “Even with an injured left hand, he showed a lot of poise and stuck to the game plan of out-boxing George. Even after he had a lot of good exchanges with Don, he went right back to the focus of boxing instead of slugging it out with him.”

“Even with the injury to his power hand bothering him, Adonis was able to turn it up and get Don George out of there in the twelfth round. Adonis really showed me that he’s ready to fight anyone in the world.”

Although Stevenson is the next in line to face the current IBF Super Middleweight Champion Carl “The Cobra” Froch, the talented young trainer claims that Adonis is willing to fight any of the major title holders in the packed 168 pound division.

“Without a doubt, Adonis is ready for any one of the three recognized major world champions at Super Middleweight; Carl Froch, Arthur Abraham, and Andre Ward. Adonis really proved a lot on October 12th. With the pressure of fighting a big puncher like Don George in an IBF title eliminator, and having to overcome the adversity of decisively beating a tough opponent with an injured hand, Adonis proved that he is worthy of an opportunity for a world title.” 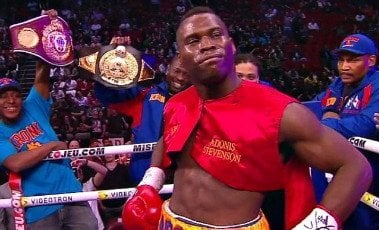