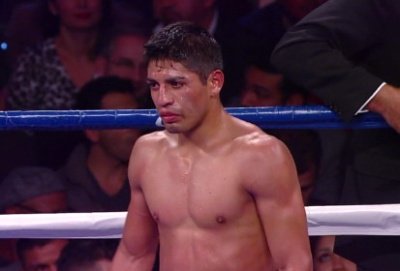 By Joseph Herron: This past Saturday night at the Staples Center in Los Angeles, California, Abner Mares continued to prove to his detractors that he is indeed for real. The 26 year old fighter overcame his toughest test to date in Panamanian sharpshooter Anselmo Moreno by applying massive pressure and placing shots in every opening.

After the sensational unanimous decision victory, the undefeated Golden Boy star announced that he had one fighter on his 2013 radar. 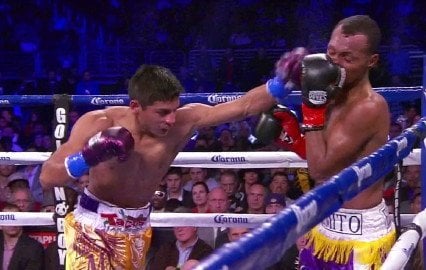 by Emilio Camacho, Esq: Abner Mares is young, disciplined, undefeated and hungry. That is a powerful combination in boxing. He has had a magnificent run and last week he did not disappoint.

Mares’ story is compelling. He was born in Guadalajara, Mexico and was brought to the United States as a child to the city of Hawaiian Gardens, California. As many youngsters from low income households, gangs and bad company pushed him into trouble. As a result, his father sent him back to Mexico in order to avoid a tragic result (jail or death).

Back in Mexico, he took boxing seriously. He went to the Olympics and lost a highly controversial decision against Zsolt Bedak of Hungary by 27-24. Some experts believe he could have won the gold medal.

As a professional, his success has been intensifying. First, similar to Andre Ward, Mares won the Showtime four-man single elimination Bantamweight Tournament, which also included the top fighters at the time—Vic Darchinyan, Yonnhy Perez and Joseph Agbeko. The final match of the tournament against Agbeko was a controversial one. As a result, Mares accepted a rematch (something he did not have to do) and won that convincingly. He settled the controversy the way it should be done: in the ring. You gotta love that approach (yes, Floyd and Manny, but mostly Floyd now). 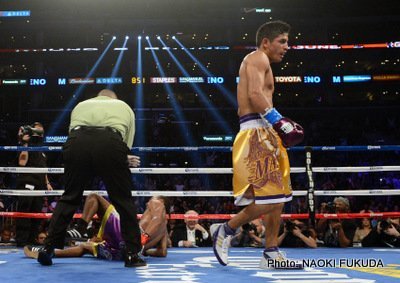 by Paul Strauss: Super bantamweight Abner Mares 25 (KO 13)-0-1 literally ran after southpaw Anselmo “Chemito” Moreno 33 (KO 12)-2-1 Saturday night at the Staples Center in Los Angeles, CA . He was determined to keep, for the most part, Moreno from getting set and displaying his masterful boxing skills. It’s one thing for a boxer to say he’s going to pressure his opponent and get him out of his game plan. It’s another to actually carry it out, and to such an extent that one judge thought the fight was a shutout.

That judge, James Jen-Kin, was in the minority. Most, including ringside commentators Al Bernstein, Steve Farhood and guest Paulie Malignaggi, all thought Moreno, who hasn’t been beaten in ten years, had managed to keep the fight much closer, despite being knocked down in the fifth and penalized a point in the eleventh for pulling Mares’ head down. The usually calm Bernstein got a little frustrated with what he thought were unfair tactics by Mares. Specifically, he felt Mares was deliberately lowering his head, bull rushing Moreno, and letting go with low-blows. Others chimed in that Moreno was pulling Mares’ head down; hence, the low blows. In fact, as previously mentioned, Moreno was the one who got penalized for doing so. 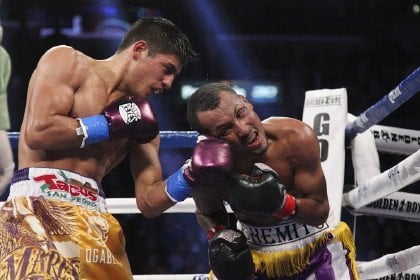 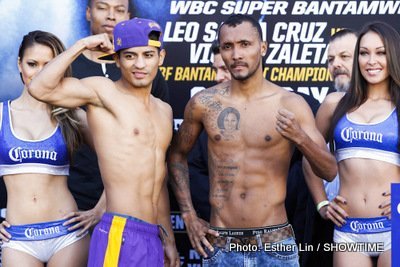 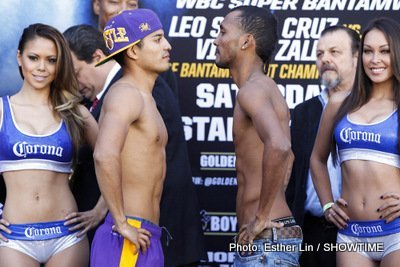 By Joseph Herron: On October 20th, in Brooklyn, New York, the world of boxing more than likely witnessed the final chapter in the career of a Mexican boxing legend.

Although the 19 year fight veteran was most recently campaigning in the 140 pound weight class, the battler most affectionately known as “El Terrible” will most widely be remembered for his breathtaking matches at 122 and 126 pounds that truly captivated the masses; classic battles against Marco Antonio Barrera, Daniel Zaragoza, Junior Jones, Kevin Kelley, In-Jin Chi, and Manny Pacquiao.

Morales developed his exciting brand of brutality by predominately fighting the best of the Super Bantamweight and Featherweight divisions. And in a sport that traditionally showcased big men, the undersized warrior pioneered a boxing future that would eventually be filled with big events dominated by the action packed lower weight divisions.

On November 10th, 2012, just a little over 15 years since Morales won his first Super Bantamweight title, 26 year old Abner Mares will headline a major televised event that will take place in a 20K capacity arena in downtown Los Angeles.